Tigers Corral Buffalos at the Fort 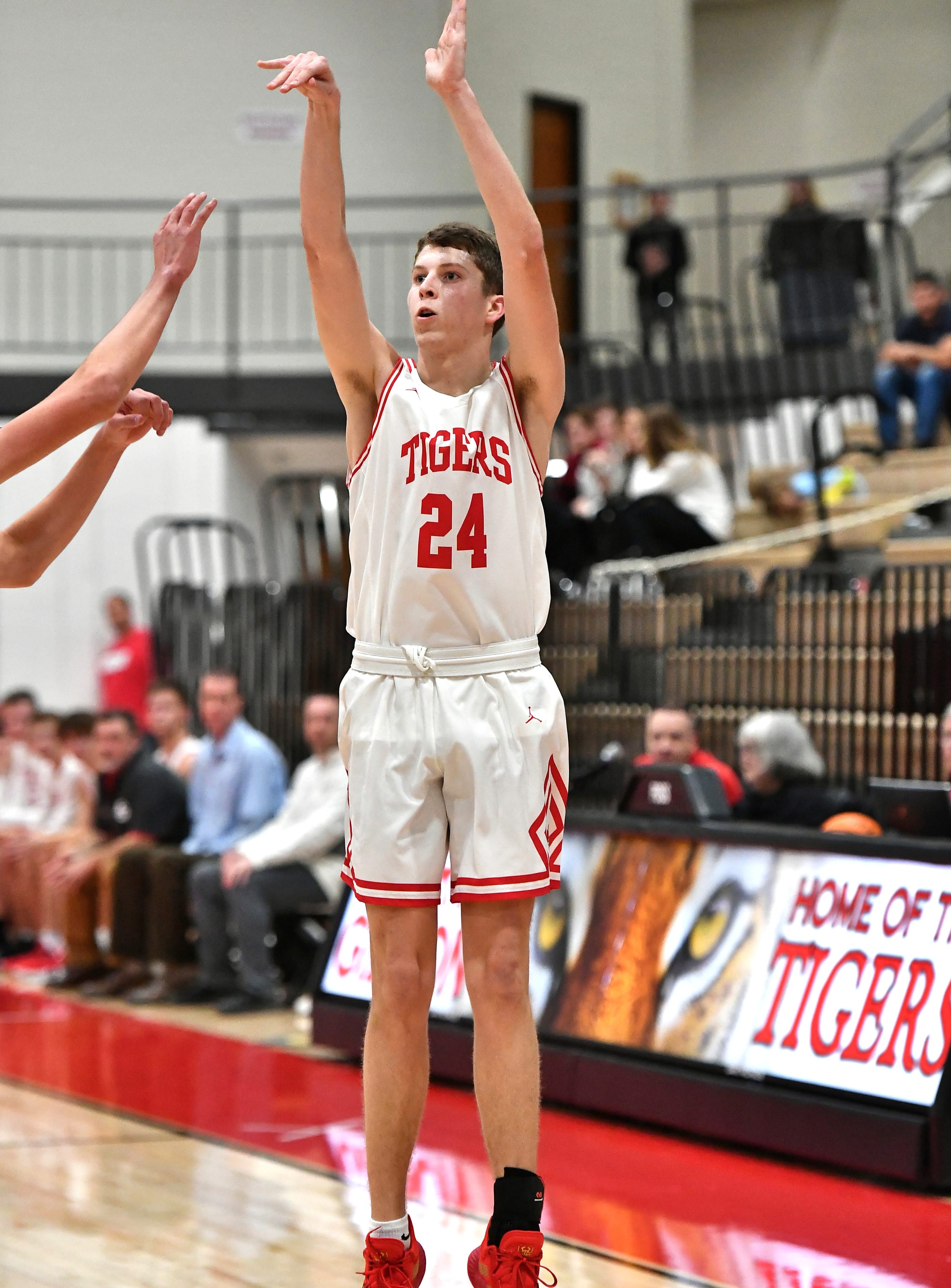 View/Purchase Game Photos
Sign-Up CSSN Subscription
The night started with an 18-14 lead after one, for the 5A McAlester Buffalos (1-12) over the 13th ranked Class 4A Fort Gibson Tigers.

Tre Garcia popped in three treys in the opening 8 minutes for the Buffs to give McAlester a slight 18-14 advantage after one.

As soon as the second period started so did Fort Gibson. The defense was relentless on the boards controlling the rebounds at both ends of the court, but the big story was forward Conner Calavan. Calavan, who had hit for two three-pointers in the first period stormed the Buffalos with six from downtown in the second to help give the Tigers a 38-22 lead going into the locker room and they never looked back.

After the break, Calavan wasn’t done. He added three more treys in the third for an outstanding 11 three-pointers and a career high 41 point night. Max Wicks had the hot hand in the fourth with 4 buckets from downtown.

McAlester had three in doubles with Te Holiman (26), Garcia (12) and Lewis Woodmore with 10

Fort Gibson will compete in the Old Fort Classic this weekend as the Buffalos head for corrals until they host the 6th ranked 4A, Ada Cougars (10-3) on the 28th.