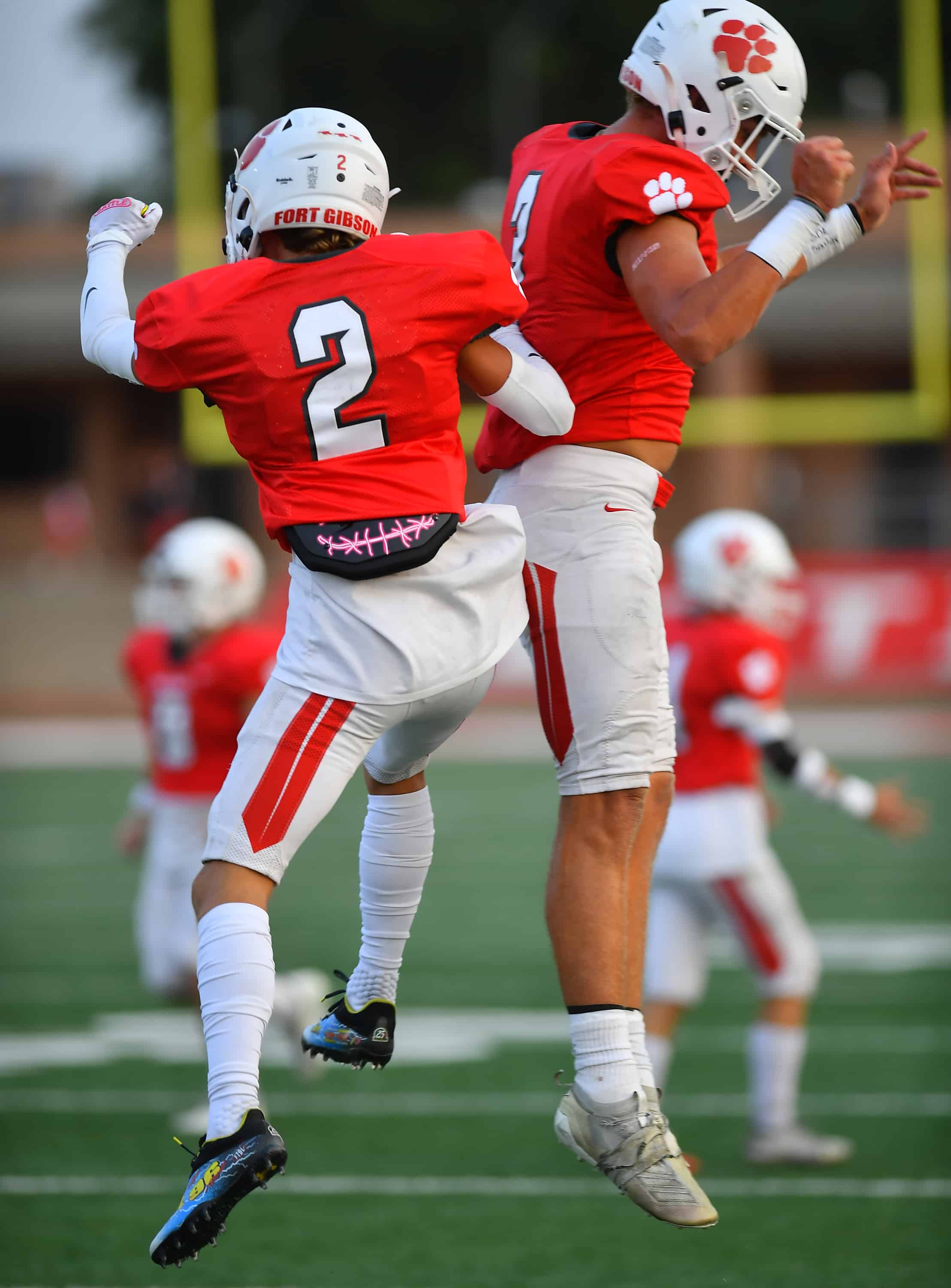 View/Purchase Game Photos
Sign-Up CSSN Subscription
FORT GIBSON – After a shaky start in week 1 the Fort Gibson Tigers flicked the on switch Friday night flying past the Catoosa Indians 52-21 in a homecoming win.

The Tigers dominated play, particularly in the first half, as the left the field with an impressive 45-7 lead.

It took just over 4 minutes for Fort Gibson to get on the scoreboard when quarterback Cole Mahaney found Cade Waggle for a score on the seventh play of their 68-yard opening drive.

It was Mahaney again, this time on defense, picking off Indian quarterback Russsell Dugger at the 20-yard line on the first defensive play for another Tigers touchdown and a quick 14-0 lead.

Landon Bebee added to the Fort Gibson lead in the second quarter by finishing a 32-yard drive.

Still in the second quarter Tigers lineman Brody Rainbolt notched his second sack of the night, this time causing a fumble that led to a Jaxon Purdue 35-yard field goal and a 24-zip advantage for the Cats.

Purdue added to Ford Gibson’s rout on the ensuing kickoff with a perfectly placed on-sides blooper recovered by the Tigers. Twelve plays later, Toby West skipped in from three yards out, putting the home team up 31-0.

Beebe would score again in the first half and Branch caught a 25-yard strike from Mahaney on a diving catch in the endzone for a 45-7 halftime lead.

The Indians only score in the first half came on an 8-yard Colyn Treat scamper into the endzone.

The Indians put together a better second half with scores from Treat and Drugger but it was way too little way too late as the Fort Gibson Tigers put on a balanced offensive and defensive show for the 52-21 victory.