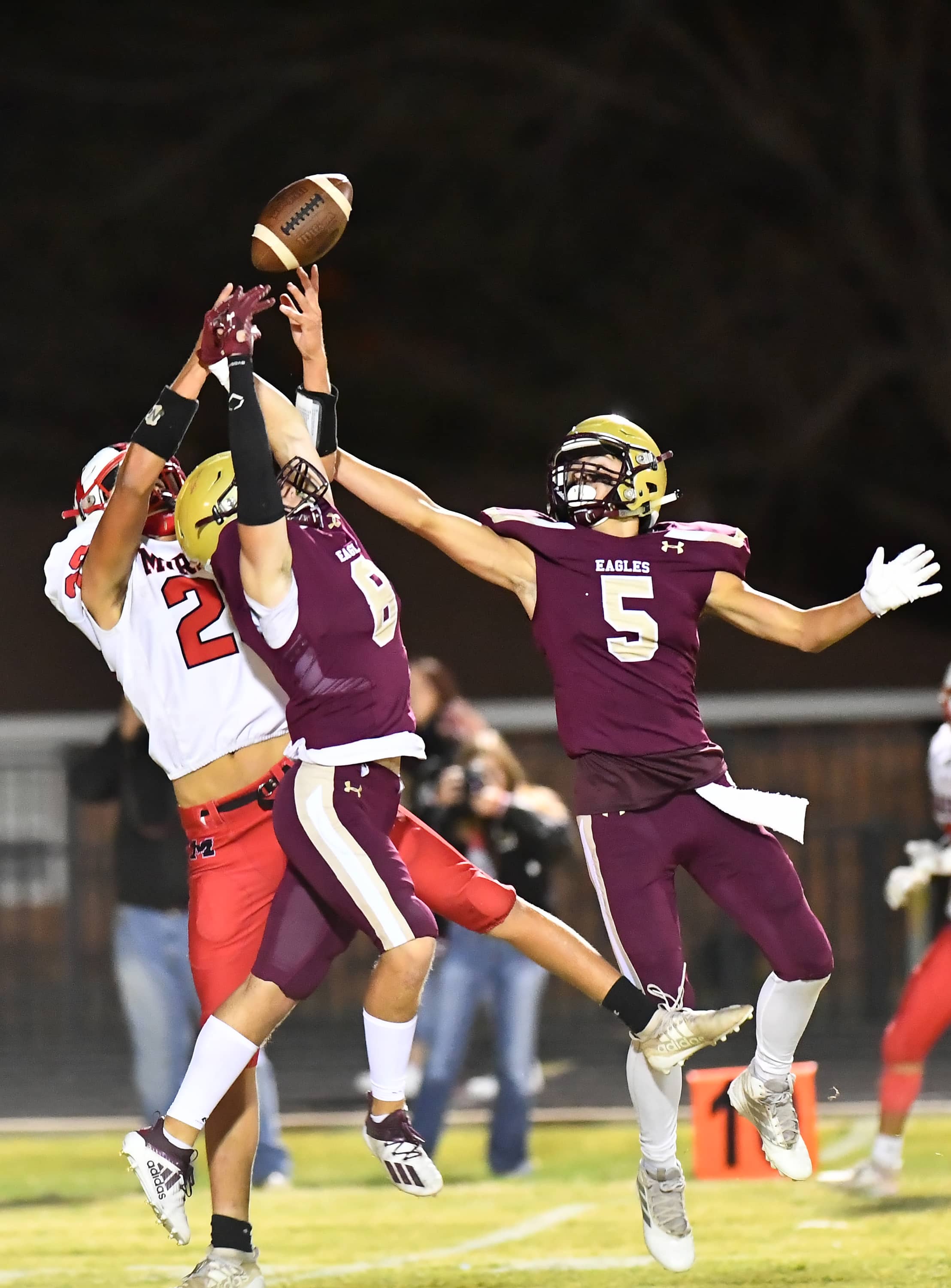 WARNER – Another schedule change was on tap Thursday night when the Talihina Golden Tigers could not compete due to quarantine, so Warner found another group of Tigers to battle from Morrison.

The Morrison Tigers (4-2) came into the contest ranked 16th in Class A by MaxPreps, while the Eagles hold the 33rd spot in the State with a 3-4 record.

From the onset it was a smash-mouth, in your face, run up the middle, 3-yards and a cloud of dust kind of game. Warner received the opening kick but were stymied by the Tigers Defense and lost a fumble on their own 37-yard line.

Morrison’s opening drive had Jared Harmon and Tyler Voss doing the heavy lifting on the ground. The drive culminated with a Voss 3-yard plunge into the endzone and a 6-0 Tiger lead with 5:36 remaining in the opening period.

Two minutes into the second stanza, Morrison repeated the effort, this time in the South endzone for yet another rushing score and a 14-0 Tiger lead going into halftime.

In the second half, Mason Jim found some daylight for Eagles early in the third Quarter but their drive came up empty and the score remained 14-0 as Warner’s defense stiffened and kept the Tigers scoreless in the third.

Morrison would go on to tack on an additional 6 points in the final period for the 20-0 win.

Morrison is scheduled to return home to take on Pawnee (5-1, 2-0) next Friday in a District match-up, while Warner hits the road to Canadian (2-3, 1-1) for their District game.