Third Time Was a Charm! 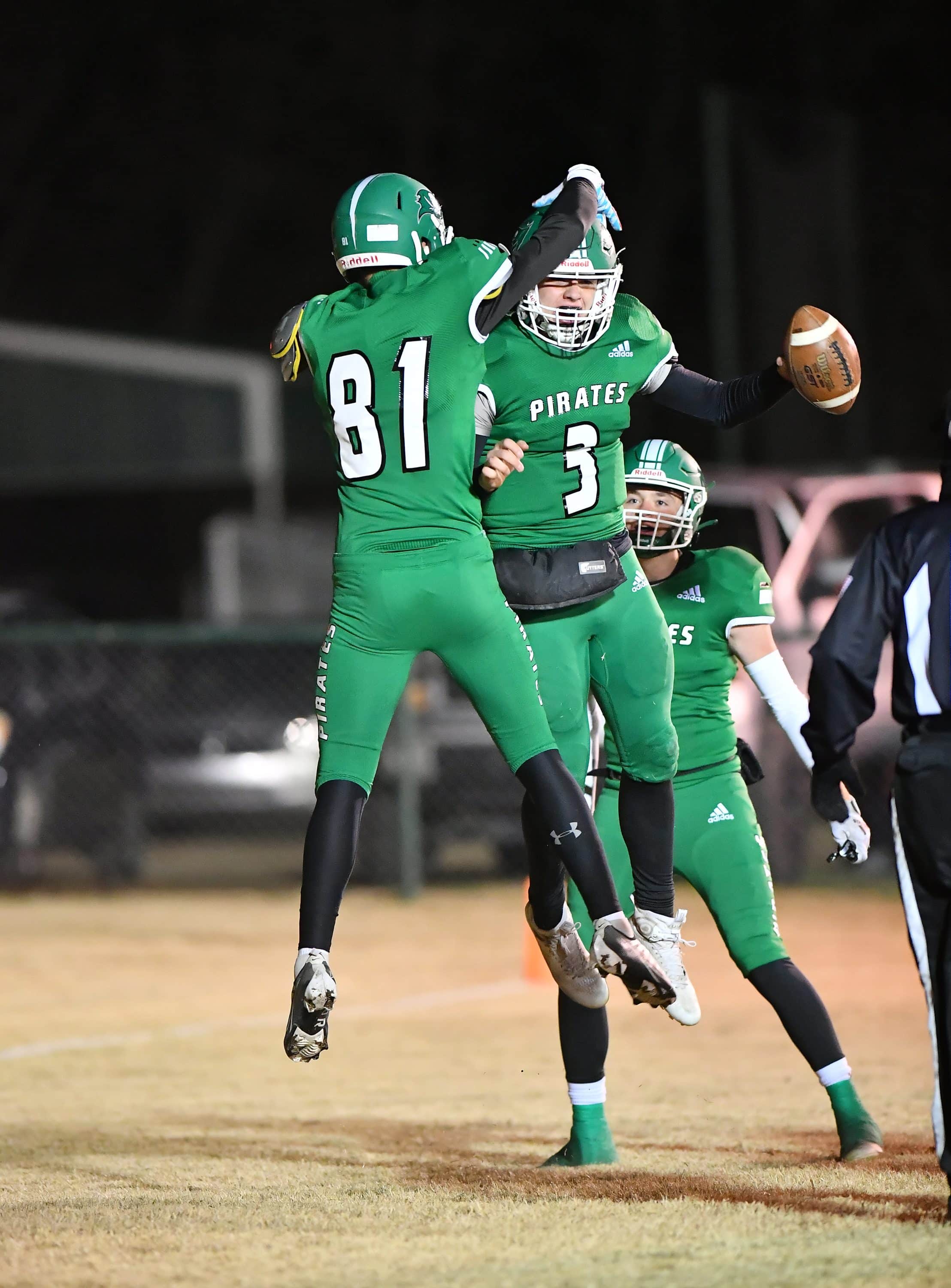 Third Time Was a Charm!

GORE – After two disappointing second round losses in 2020 and 2021, the #3 ranked Gore Pirates finally put the Woodland issue to bed with a 56-20 win over the Cougars at K.G. Horn Stadium Friday night.

Pirates quarterback Noah Cooper led the way for Gore with a six touchdown performance. Five Cooper scores came on the ground with rushes of 1, 4, 14, 33, 34 yards along with a 49-yard touchdown strike to Blue Steward in the third quarter.

The Cougars could not sustain their opening drive and came up empty. After the change in possession The Pirates took over at their own 9-yard line. Nine plays and 91-yards later, Cooper scampered 4-yards for his first of five rushing touchdowns to put the pirates up 7-0 after a successful Christian O’Connor kick. O’Connor was 8-for-8 on extras on the night.

On the next Cougar possession quarterback Aidan Rhodes scored on a 2-yard plunge, but a 2-point conversion failed and left the score 7-6 in favor of Gore.

That Woodland touchdown woke up the Pirates who said NOT THIS TIME and answered with scores by Cooper on their next four possessions.

Gore’s linebacker Dane Perryman, added to the Pirates total on special teams with a 50-yard house call on a Woodland onside kick late in the fourth to open up a 49-20 Pirate lead.

The Pirate defense showed their talents with lots of big hits and held the Cougars to just 4-of-11 on third down conversions.

The offense scored on 9-of-10 possessions and had 461 total yards.

With the win Gore (12-0) moves on to the quarterfinals next Friday against the 9th ranked Crescent Tigers at a neutral site to be determined by OSSAA. The Tigers advanced by squeaking by Mooreland 19-18 Friday night.

The quarterfinal contest next week will be Gore’s first appearance in the final eight since 1990.