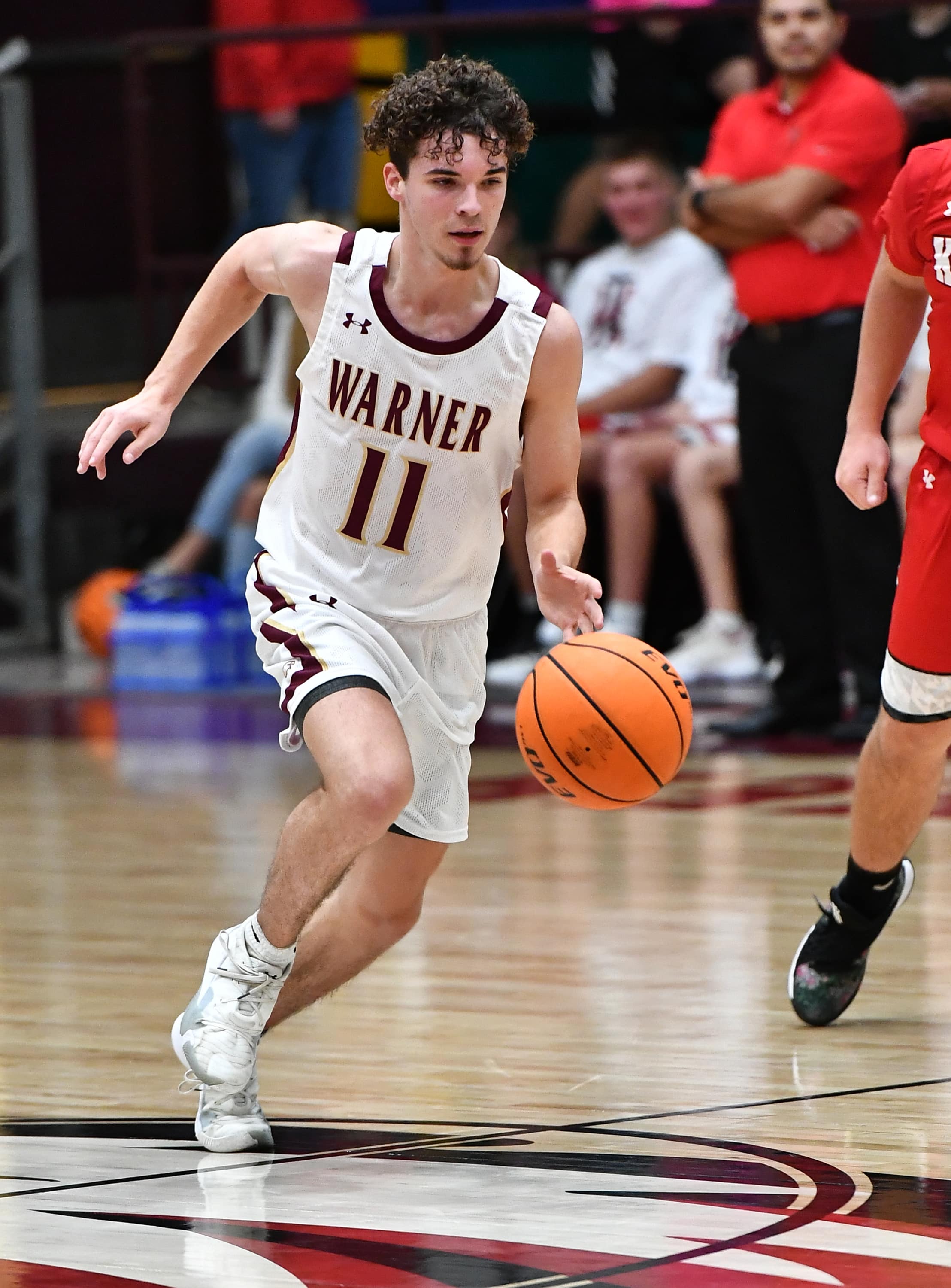 View/Purchase Game Photos
Sign-Up CSSN Subscription
WARNER – The Eagles looked as if they were a step slower than the 3A Kiefer Trojans Tuesday night as they fell behind early in the contest but were able to pull out the win 67-59 to remain unbeaten.

A fast start by Kiefer scoring 23 points in the first found Warner down by seven points after one. It was Weston Gleese who gave the Eagles the wake up call when he netted two consecutive three-pointers from the right corner in the second quarter. Gleese’s shots from downtown brought the Eagles within one point and that’s where Warner would be at the break.

Trailing by just one to open the second half Landon Swallow contributed a three-pointer, Camden Chappell added five and Jace McKenzie three while the Eagles held Kiefer to 13 points in the frame.

Up by five heading into the final quarter it was Jack VanDaley who nailed it down for Warner by scoring 13 points in the final period to secure the 67-59 win.

VanDaley had a total of 24 points for the night. Chappell was the only other Eagle in double figures with 17.

For the Trojans, Cooper led the way with 25 followed by Buntin with 12 points.

The Eagles, now 2-0, will take on Class A Okay Thursday night in a non-conference match before heading to cross-town rival Gore on Friday.