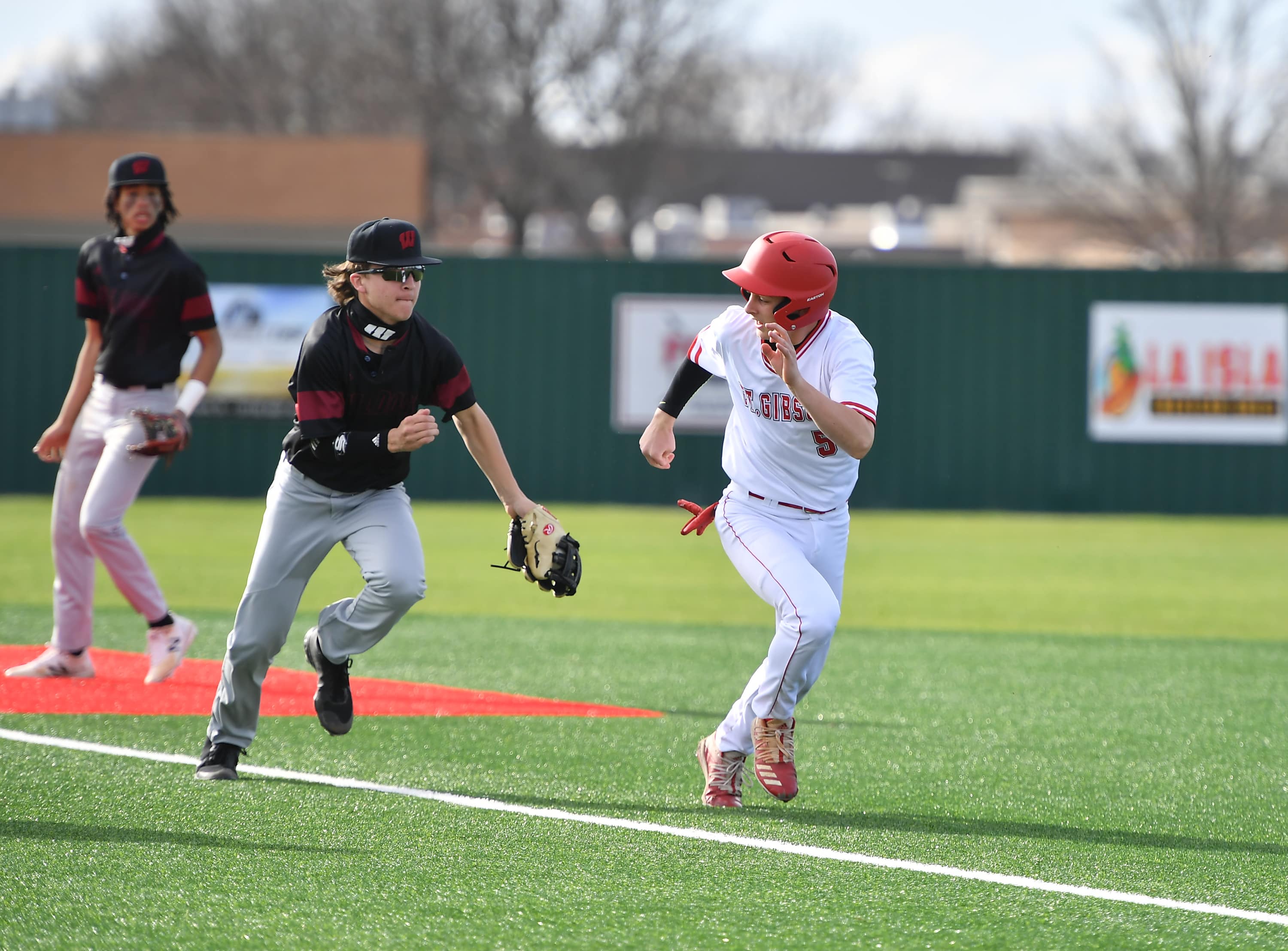 After a Weston Rouse one-two-three top of the first Fort Gibson gave away several opportunities in the bottom half of the inning. Bulldogs’ pitcher Toby Campbell walked Wyatt Pierce but on the second pitch Pierce was caught stealing by Wagoner catcher Zane Cory.

Campbell walked the second batter, Grant Edwards but redeemed himself by picking off Edwards on the third pitch of the next at bat.

Campbell’s control issues continued also walking the pitcher Rouse. Zahayfa Hummingbird, pinch running for the pitcher, was put out on a fielder’s choice on a ground ball by Cody Walkingstick to end the inning.

After a scoreless second the Tigers got on the board in the bottom of the third. An opening single by Hunter Branch and a subsequent wild pitch, Branch scored from third on a ground ball by Pierce to give the Tigers a 1-0 lead after three.

Wagoner came right back in the top of the fourth when after a Rouse walk to Chase Nanni, and a wild pitch, he gave up a single to Darius McNack advancing Nanni to third. The Tiger miscues continued with and outfield error by Kolton Berry that scored Nani and Corry reached on a dropped third strike that advanced McNack to third and eventually scored on a grounder by Colton Hill to give the Bulldogs a 2-1 advantage.

Wagoner added another run in the fifth after a Bristo Love single coupled with a steal of second base and a wild pitch advanced him to third. Nanni followed with a hard grounder that scored Love for a 3-1 Wagoner lead.

In the bottom half of the inning, it was the Tigers turn to take advantage of two Bulldog errors by Trey Wood to score two runs and tie the game at 3-3.

The top of the sixth was a three up three down inning for Fort Gibson with Rouse retiring all three hitters via strikeout. Rouse notched 14 strikeouts over the 6 1/3 innings pitched.

In the bottom of the frame Rouse helped his own cause with a single that scored Pierce and Edwards giving Fort Gibson a 5-3 advantage that they would hold for the remainder of the contest.

The two will meet again Tuesday in Wagoner to complete the home and home series.