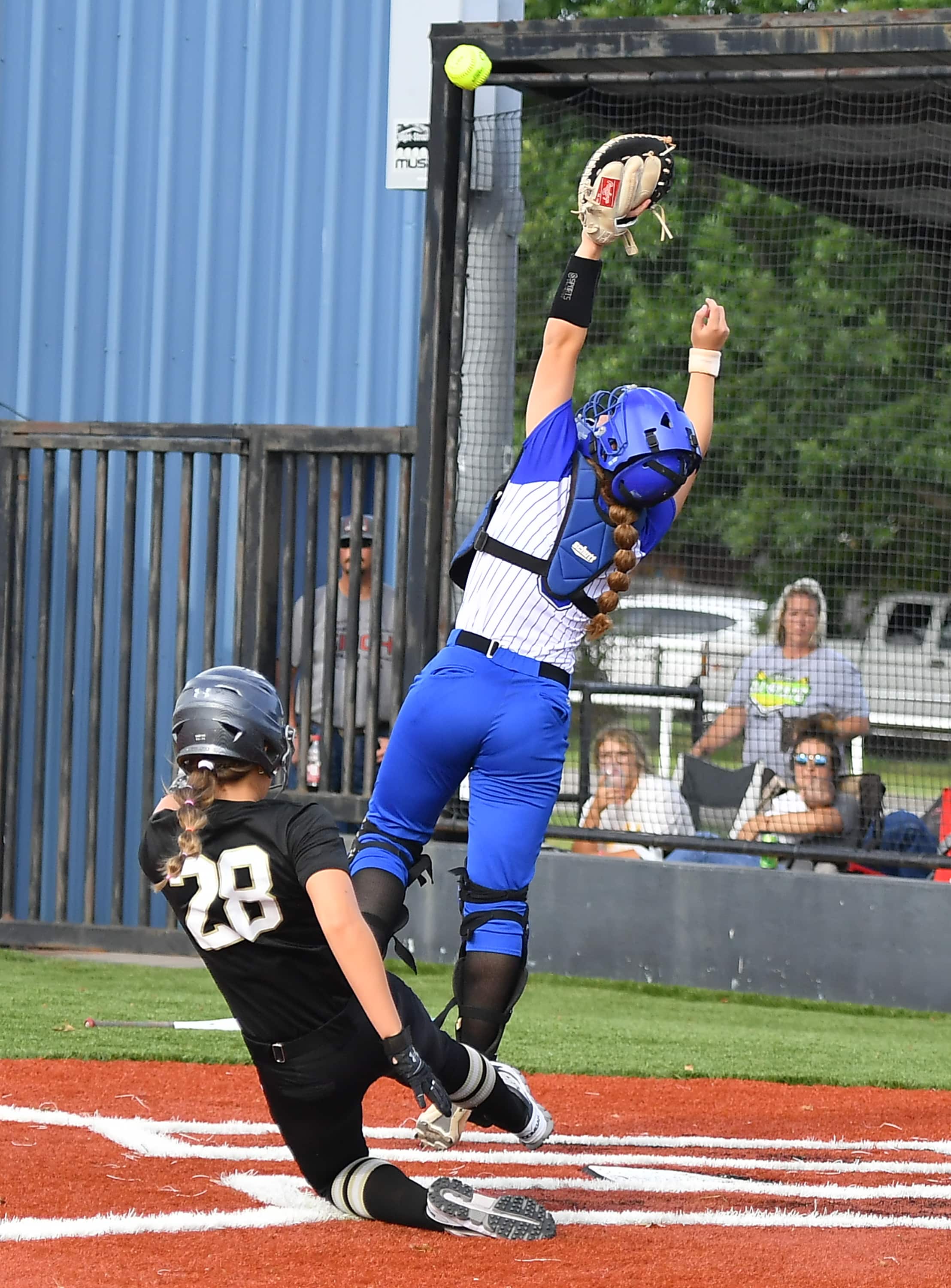 View/Purchase Game Photos
Sign-Up CSSN Subscription
CHECOTAH – The Lady Wildcats shaky start put them in a position that they could not recover from Thursday, as they fell to Broken Bow 10-3 in seven innings.

Savages hits along with Wildcat errors put Checotah (0-9, 0-2) in an early hole from which they could not climb out of.

The very first Broken Bow hitter, Haylie Brantley, hit a fly ball to center fielder Maci Britt who muffed the catch to allow Brantley an opening pass to third base.

Kale Bray followed with a sacrifice grounder to Bia Fields that quickly put the Savages on the board. The Wildcats woes continued when two consecutive errors allowed base runners that were collected with a Kate Burris double to left and a Raylee Gaston double to left to make the score 4-0 before Checotah even came to bat.

The Wildcats remained scoreless through six innings while Broken Bow put up single tallies in the second, third and fifth.

In the bottom of the frame Checotah finally hit the scoreboard with singles by Kaitlyn Searles and Hailey Prince who were brought home with a Halie Britt double. Natalie Knight singled to third, followed by a Fields single to right scoring Britt.

It was just too little too late for the Lady Cats as the fell to Broken Bow 10-3. Checotah takes to the field again Monday when the travel to Morris for a non-district match up. It’s not too late for The Lady Cats who have played just 2 of 12 district games so far this season.

Broken Bow (3-2, 2-1) return home Friday to challenge 2A Colbert in a non-district game.