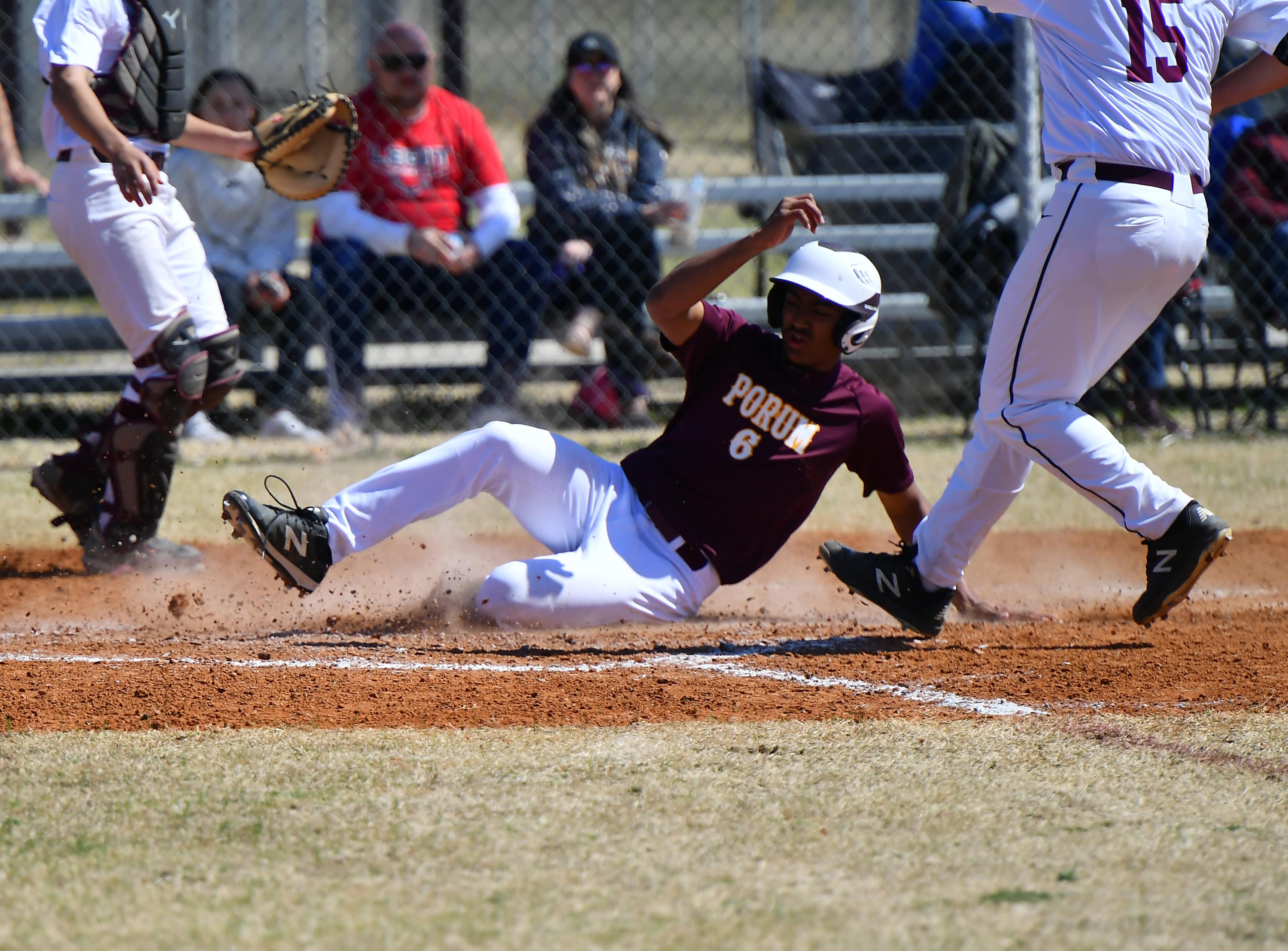 WEBBERS FALLS – The Porum Panthers rallied in the fifth and sixth innings putting up five runs to get by the Webbers Falls Warriors 8-3 Saturday Afternoon.

Porum opened the scoring in the first inning when Roy Duke crossed the plate on a Braden Catron sacrifice to the pitcher. Michael Wright scored from third after an earlier single by means of a pass ball to give the Panthers a 2-0 lead.

The Warriors opened their half of the inning with an Ashton Davis single. Davis was advanced to third via a Stryker Chappell sacrifice and later scored on an RBI sacrifice to Porum first baseman Gage Scarberry to bring Webber within one at 3-1.

After a scoreless second and third the Panthers got back on the bord Rylind Tillery reached on a Jarrard error and later scored on a line drive double to right off the bat of Cooper Franklin to put the Panthers back up by two.

That advantage didn’t last long when in the bottom of the inning Maddux Shelby hit a dinger that left the park over the right field fence and two batters later Jarrard made up for his error at first with another homer, this time over the left field fence, The Warriors round-trippers tied the game at 3 after four innings.

The top of the fourth found Isaiah Sallee at first on a throwing error by Warriors third baseman Preston Rowe. Scarberry followed with a single and Sallee scored to take the lead for the Panthers.

After a strikeout Michael Wright singled to advance Scarberry to third and a sacrifice by Rylind Tillery scored him to give the Panthers a 5-3 lead after five innings.

The Warriors (4-5) will return to their home field Monday afternoon to take on the neighboring Gore Pirates (5-3) while Porum (4-3) returns home to challenge McCurtain.