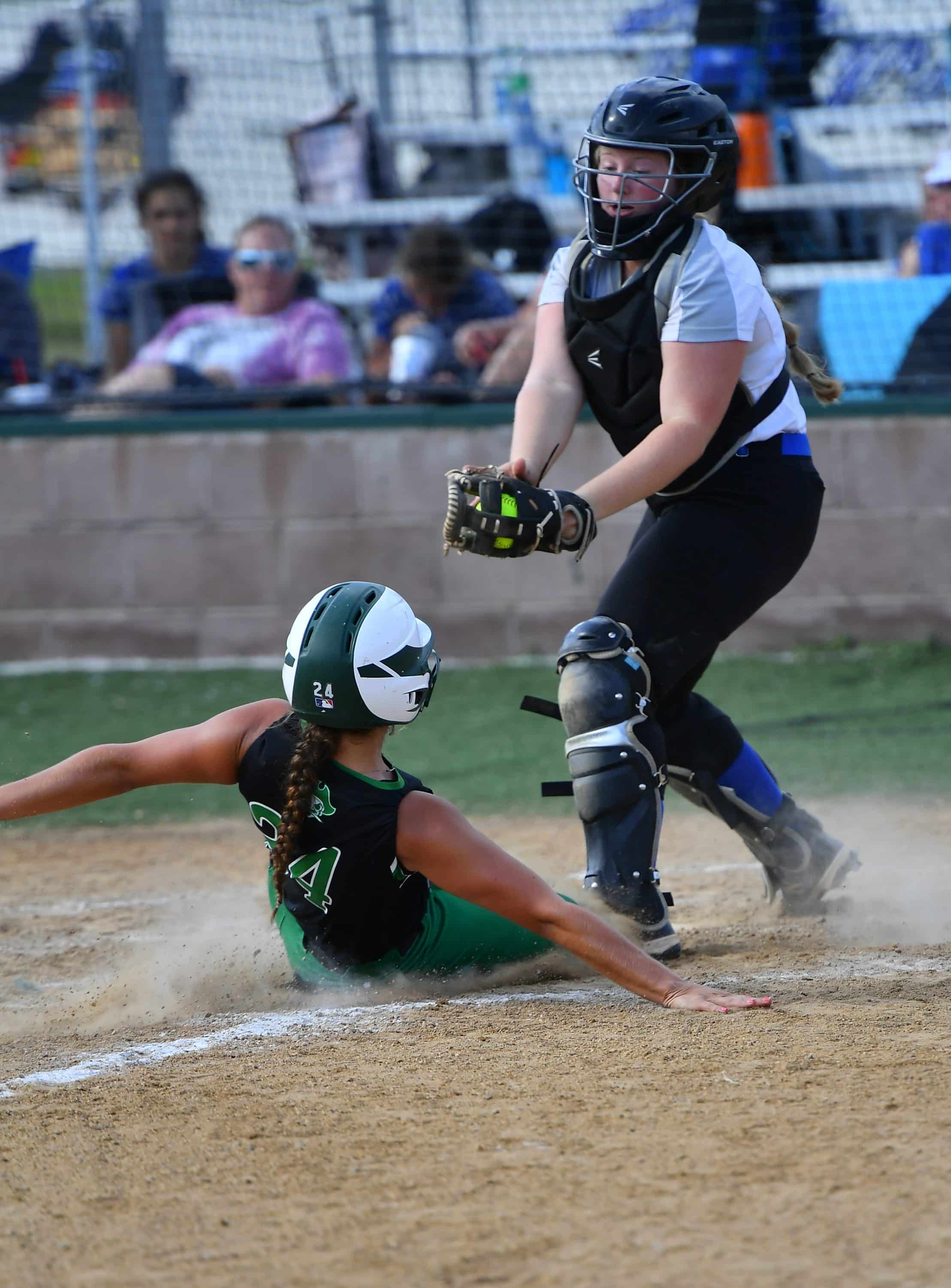 The tone was set early after the lead-off batter, Raylee Allison went yard over the center field fence to open the scoring for Porter. Makiah Looper followed with her first of four hits in the contest setting up Kelsie Kilgore’s double that plated the second Porter run.

Looper scored on a pass ball and Kilgore crossed the plate on a fielder’s choice off the bat of Courtney Dickey to close out the scoring in the top of the first.

The Gore lady Pirates responded in the bottom of the frame with three of their own to bring the score to 4-3 after one inning.

In the top of the third, Porter got hot again scoring another four runs on three singles to lead 8-3, but Gore would get one back in the bottom of the inning to close out the third at 8-4.

In the 5th Porter racked up 4 more runs on a double by Allison and singles by Addie Criner, Looper, Kilgore, Rylie Rush, and Dickey to bring their total to 12 and Gore responded with one on the bottom of the inning but now the game was slipping away form the Gore Lady Pirates who now trailed 12-6 with two innings left to play.

Each team would add one in the seventh, but it was too little too late for Gore who fell to the Pirates from Porter by a score of 13-6.

Allison, Looper, and Rush led the hit parade for Porter with 4 each and Kilgore and Dickey registered 3 for the day. Porter finished the day with 21 hits while Criner allowed just 6 Pirate hits from the circle, striking out 10 Gore hitters.

Gore will get another chance when they travel to Porter next Monday for a rematch between the Lady Pirates squads after they take on Roland (6-9) Thursday afternoon.