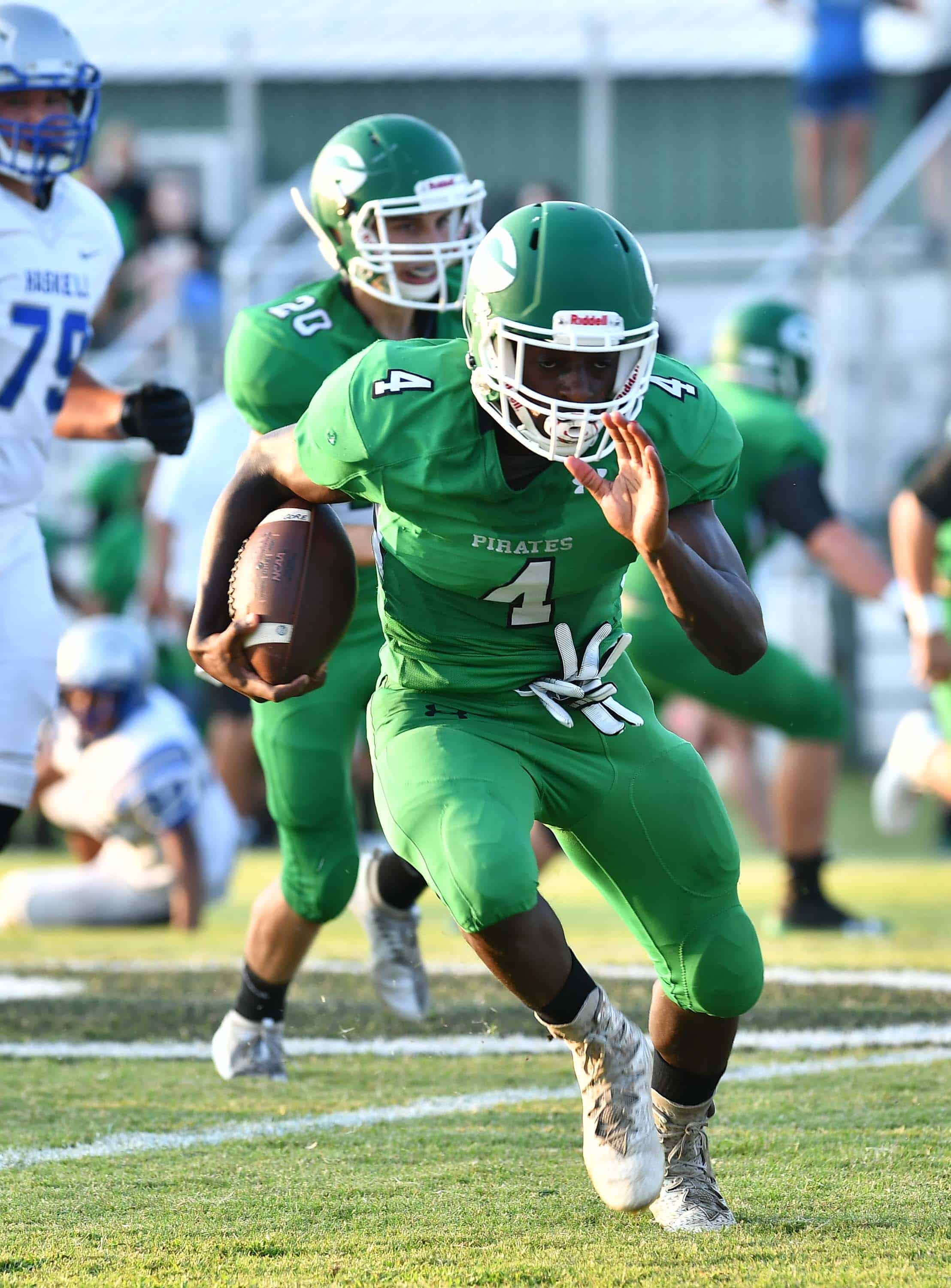 Gore – It was standing room only at Gore high school Thursday night when the Pirates took on the Haymakers of Haskell high. The Gore squad didn’t disappoint as they came away with a 14-7 win in final preseason contest.

Things could have started better for the Pirates when after losing the toss to the Haymakers Jaxon Sanders returned to opening kickoff 85-yards for the opening score of the game.

On the Pirates opening possession, James Dover rebounded with a 60-yard run to start the Pirates drive. Four plays later Dover put the ball in the endzone with a 2-yard run to tie the score at 7 each.

As the defense tightened, Gore stopped the ensuing Haymaker drive and responded with a 50-yard TD toss from quarterback Weston Shanks to Dayne Perryman to put the Pirates in the lead 14-7. Perryman had 65 receiving yards on just two Shanks tosses.

The night was about the running game for Gore. Shanks attempted but seven tosses for the entire game but added 112 rushing yards. He said after the game, “Running, scoring touchdowns and running out the clock, that was the game plan”.

Coach Brandon Tyler said “I’m really proud of this team. They really stepped it up tonight.” About the 10 penalties he said, “This was just their second scrimmage, even though it was a game. We’re young, we’ve got a lot of freshman and sophomores out there and it cost us some big plays. We want to keep improving each and every week and they will learn from that”.

Gore will remain home next Friday to take on Heavener and the Haymakers host their home opener against Porter.