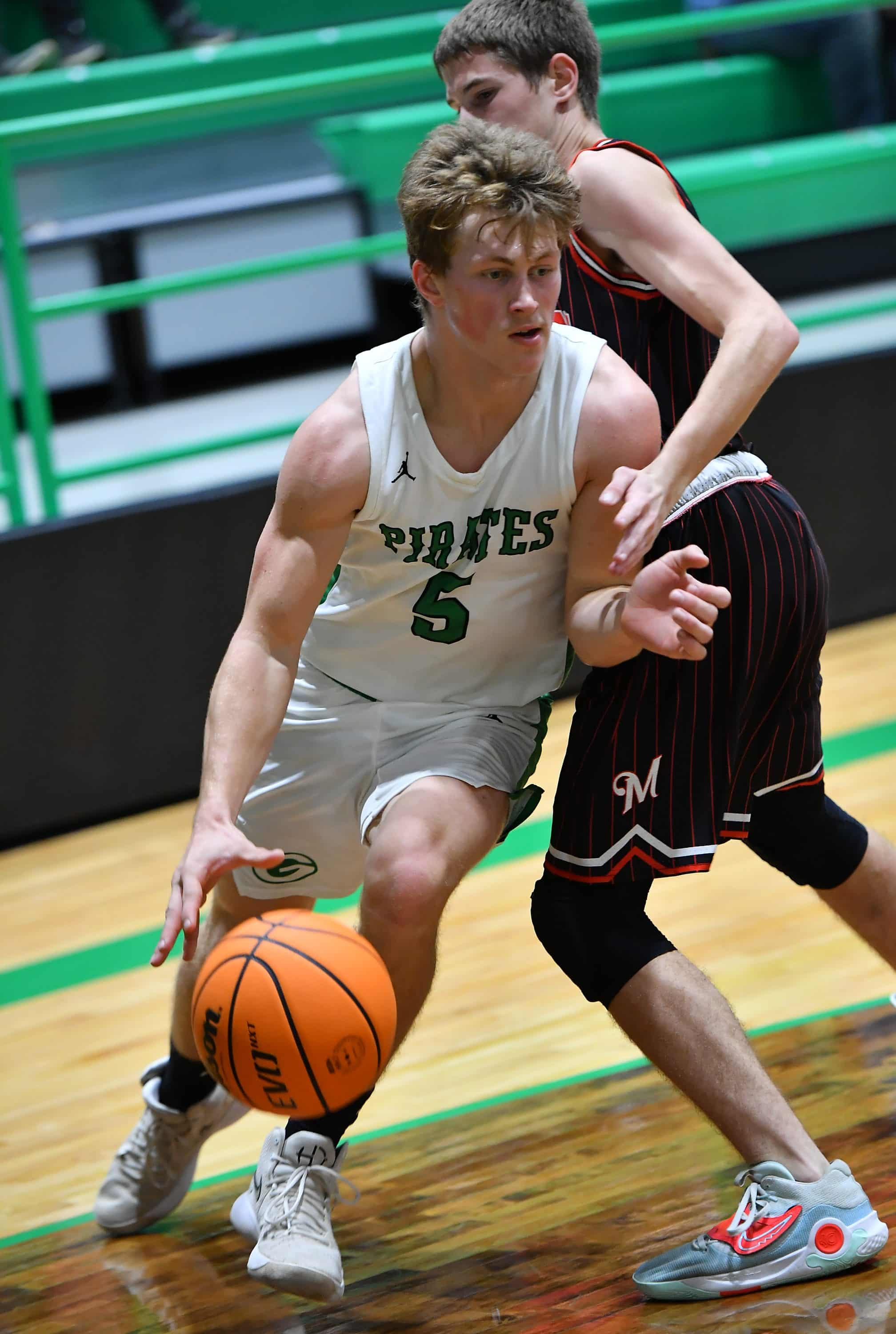 GORE – The 18th ranked Gore Pirates kept their record unblemished at 3-0 Monday night by topping the Class B McCurtain Bulldogs 49-37.

The game wasn’t as close as the score since the Pirates used their starters sparingly in the second half of the game.

Jackson Duke took the honors on the scoresheet by scoring 16 of the Pirates 31 first half points with 3 three pointers, 3 from the floor and went 1-for-2 at the line. Duke was used very sparingly in the second half since Gore took a 31-9 into the lockers at the break.

Clayne Honeycutt was the top point getter for the Bulldogs (7-4) with 11 points, all of which came in the final 8 minutes. Ben Bond was next with 7 all coming in the second half.

The Pirates will be right back in action Tuesday night as they take on Gans (2-3). McCurtain will take the rest of the year off before taking on Leflore (5-5) on January 3rd.