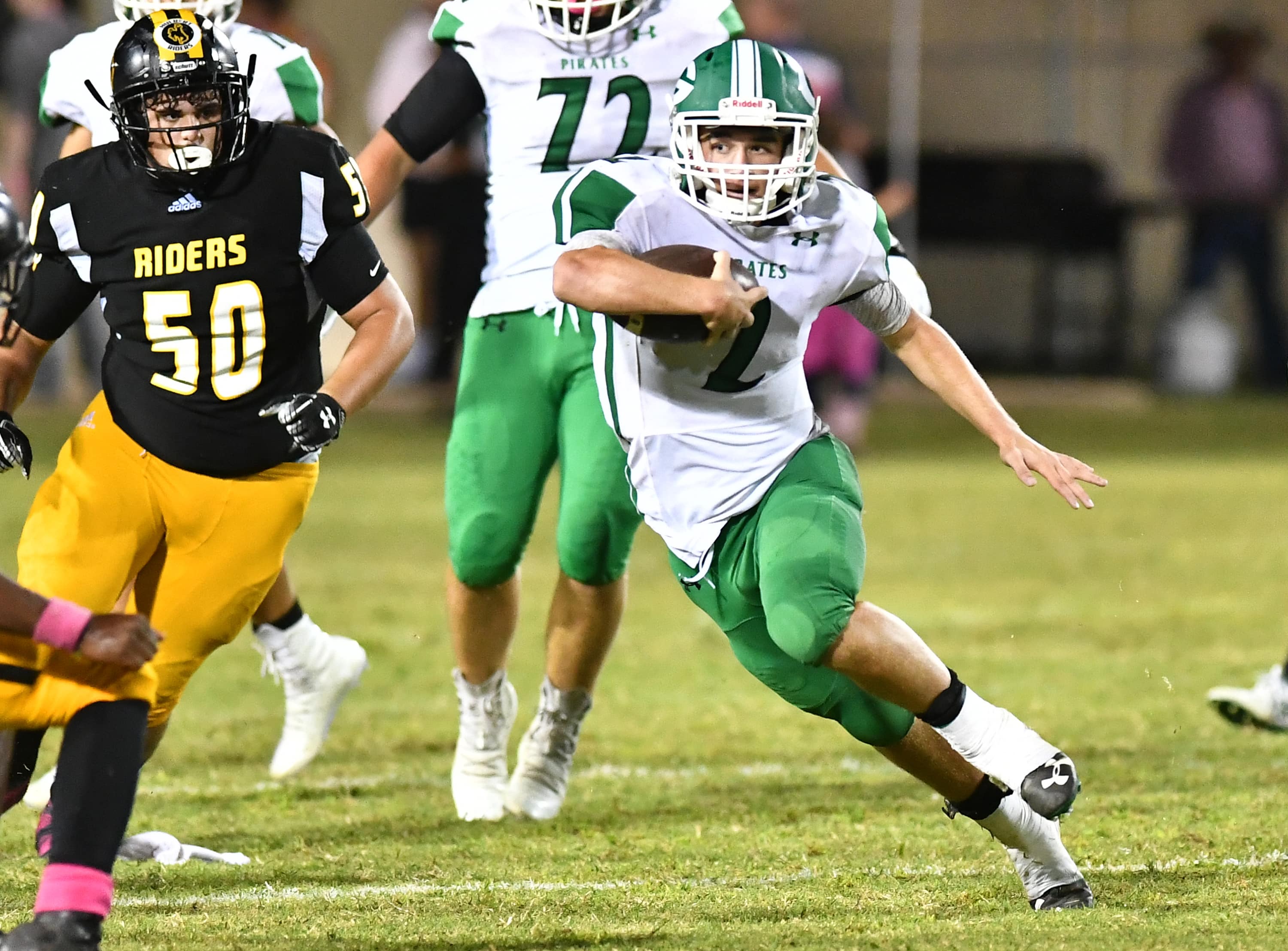 HULBERT – It was a night for mistakes by both teams at Hulbert Friday night, as the Gore Pirates took on the Hulbert Riders in an OSSAA, A-8 contest. The Pirates (4-1, 2-0) came out on top 28-18 with a steady ground game behind the running of Weston Shanks.

Shanks credited his success to the offensive line “My three guys were blocking real well and I was just following my blockers”.

It seemed each Rider big play was accompanied by a penalty. Any sustained drives for Hulbert ended in a fumble or interception. Coach Scott Sapulpa said “Mistakes definitely hurt us tonight. Turnovers and penalties in the first half just killed us”.

The game’s outcome was still in the balance at halftime when the Riders scored twice in the second quarter. Each touchdown was followed by an unsuccessful 2-point try that had the score 14-12 at the break.

Shanks, who compiled 164 yards rushing, contributed a 12-yard touchdown run in the third that broke the game open. Referring to that scoring drive Coach Brandon Tyler said “That first drive in the second half was huge. We got the momentum back”. In reference to the errors and penalties his comment was “An ugly win is better than a pretty loss”

After the opening scoring drive in the third Shanks added to Gore’s lead by throwing a 25-yard strike to Jason Hubler on the opening play of the fourth quarter for the Pirates fourth touchdown. The Christian O’Conner kick was good ending the scoring with a 28-18 Pirate win.

Gore returns home next Friday night to challenge Porter Consolidated who currently hold a share of the district lead with the Pirates and Central Sallisaw.