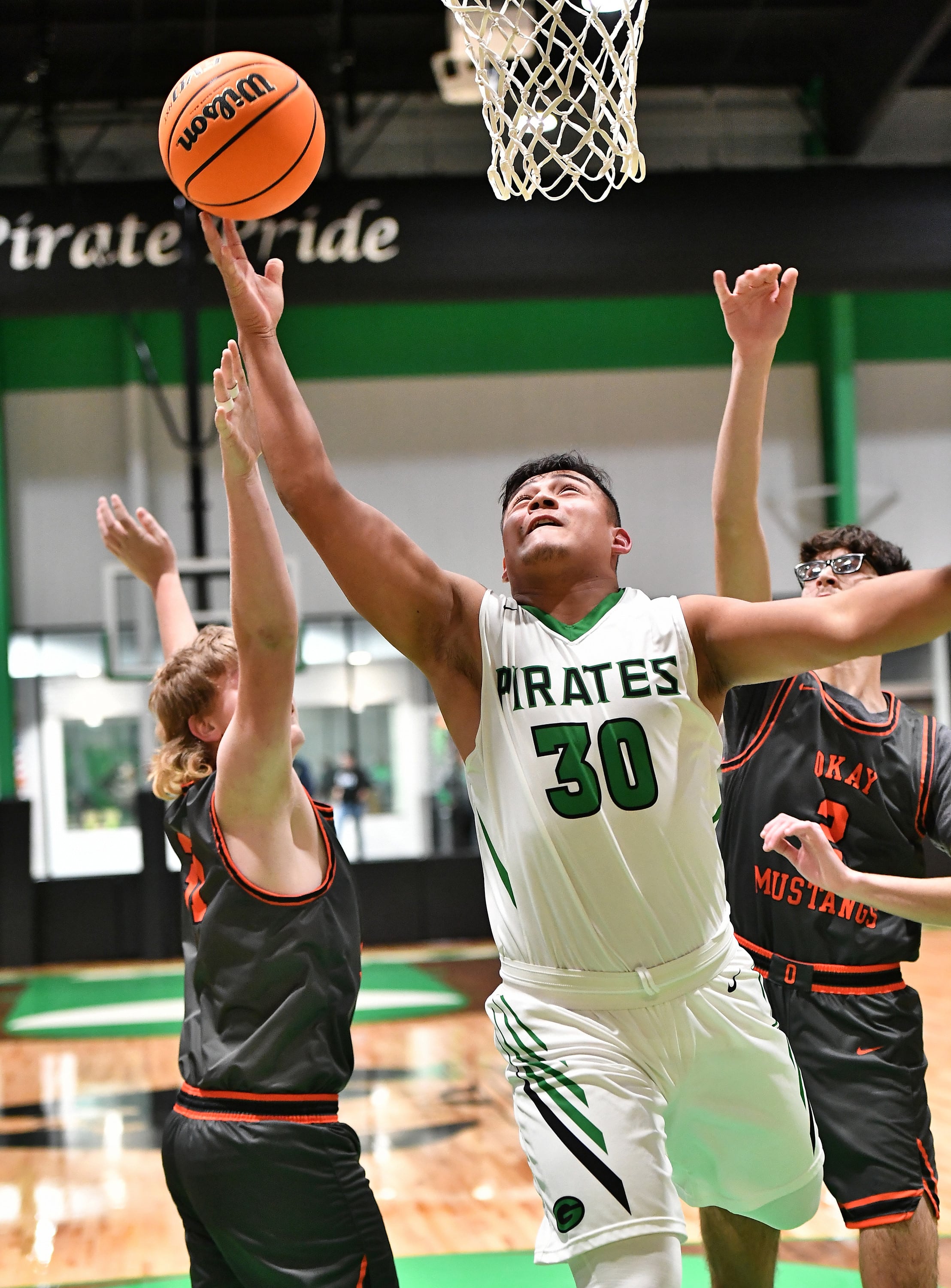 By the half the lead had shrunk to six points 16-10, with both teams putting up a staunch defense and neither finding the range on offense. At the end of three Okay pulled even closer 22-19.

With just over 6 minutes remaining in the game, the Mustangs took their first lead 23-22 and never were topped. By the end of the contest the Gore leads disappeared and ended in an 8-point deficit 34-26.

Aaron Perkins was top scorer for Okay with 16 point. The closest Mustang was Joe Morrison with 9 and Mitch Richardson with 6 points. There were no Gore Pirates in double figures.