Pirates Season Ends in Round Three 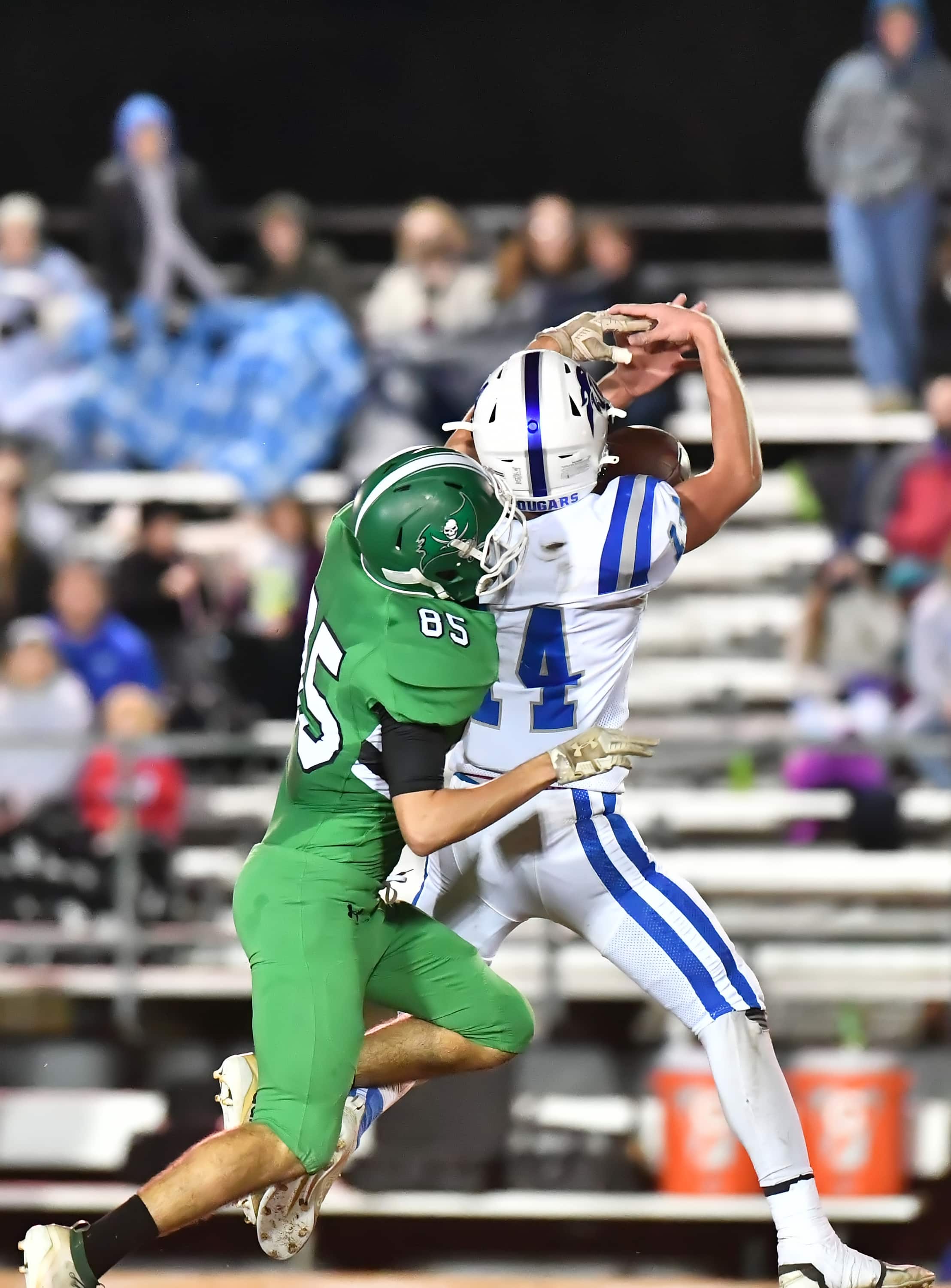 View/Purchase Game Photos
Sign-Up CSSN Subscription
GORE – The Gore Pirates just could not get their offense going Friday night and fell to the Woodland Cougars 38-18 to end their season in the same round as last year.

Defense dominated the opening quarter that was played mostly on the ground. Gore held the Cougars to no first downs while only converting two of their own.

The first play of the second quarter finally broke the ice when Nate Lockert broke free from his quarterback position down the right sideline for a 35-yard touchdown run. After a successful 2-point conversion Woodland went on top 8-0 just 12 seconds into the second period.

Just before the end of the half, Lockert added another rushing score with a 1-yard plunge to take a 16-0 lead into the locker room.

With under 5 minutes remaining in the third quarter, it was Lockert again, this time a 45-yard touchdown run to take a commanding 24-0 Cougar advantage.

The Pirates would finally get on the bord with 3:51 remaining in the third via a 65-yard breakaway up the middle by Zane Craighead for a score. The extra point attempt hit the right upright and the Pirates would have to settle for 6 points.

In the final period a stubborn Gore defense finally relented on fourth down when Lockert found the end zone again on a 4-yard rush. The Pirates stopped the extra point try and Woodland lead 30-6.

The first play of ensuing series for the Pirates was a 50-yard run by Craighead. That drive would end with a rushing touchdown by Gunnar Dozier to tighten the score to 30-12.

Woodland struck next on a Lockert to Lucian McKinney scoring toss and another throw to Ben Brock added the extra 2-points.

Gore would have the last tally when Craighead scored with 1:10 remaining in the game to make it 38-18 and send the Pirates home until next season with an outstanding 8-1 season.