Pirates Sail to Victory over Canadian 61-0 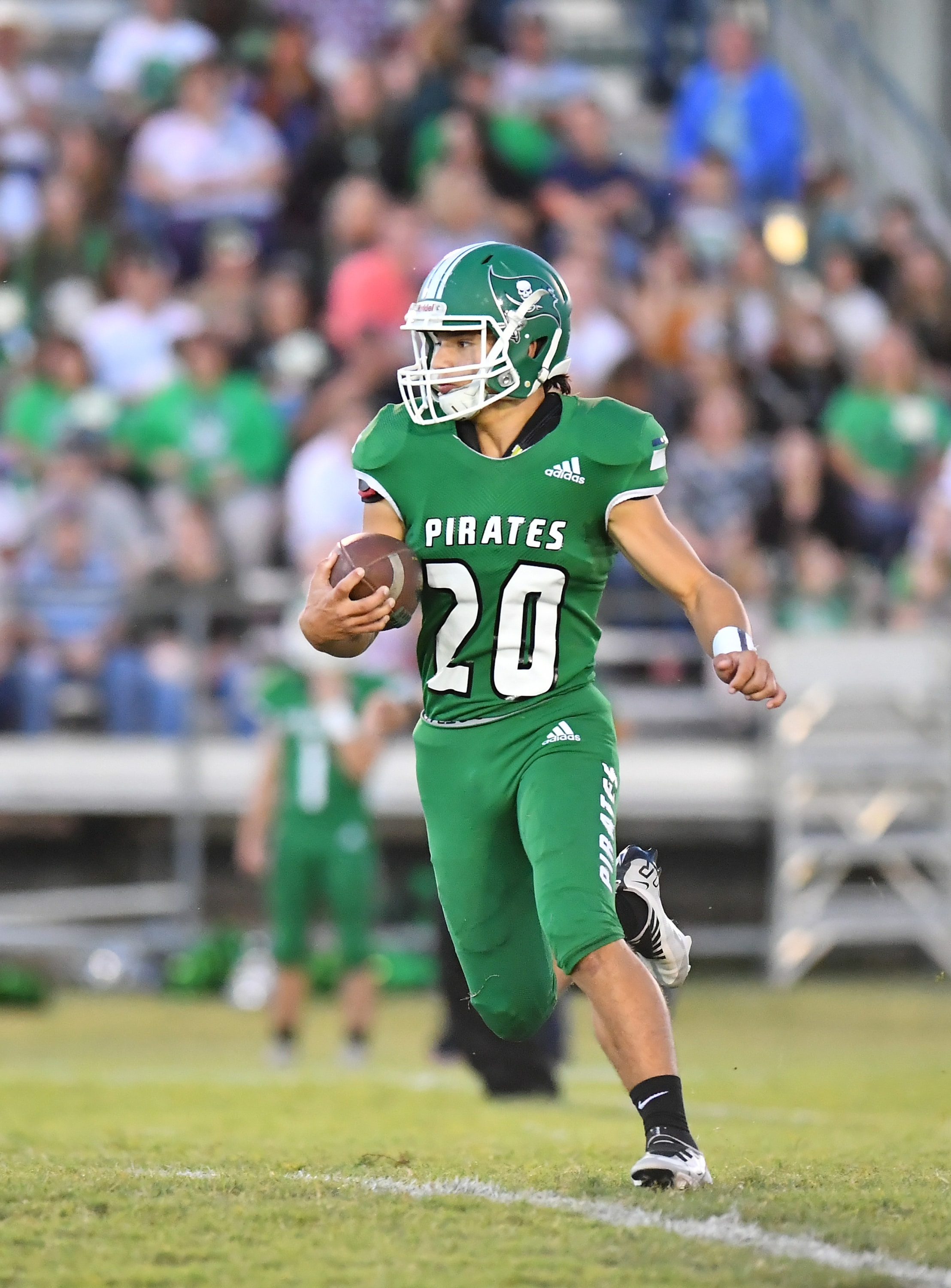 GORE – The Pirates offense came out swinging in the district opener Friday against the Canadian Cougars scoring their first three touchdowns on just three offensive plays.

The Cougars received the opening kickoff, went three and out. After the punt on Gore’s first play from scrimmage the Pirates scored their first of nine touchdowns.

The second series was identical from the first, 14-0 Pirates. The third series another Cougar three and out and another Gore touchdown on the first play of their possession. The ensuing kickoff landed at the 3-yard line and was not covered by Canadian. The Pirates recovered and scored their fourth of the night.

By the middle of the second period Gore had scored six times and forced a running clock with 4:35 remaining in the half. The first half ended with a 47-0 Pirate advantage.

After the break the second string entered the game, but there was no let up by the end of the third the Pirates opened up 61-0 advantage.

Canadian was held to just two first downs on the night while Gore ran up and down the field at will.