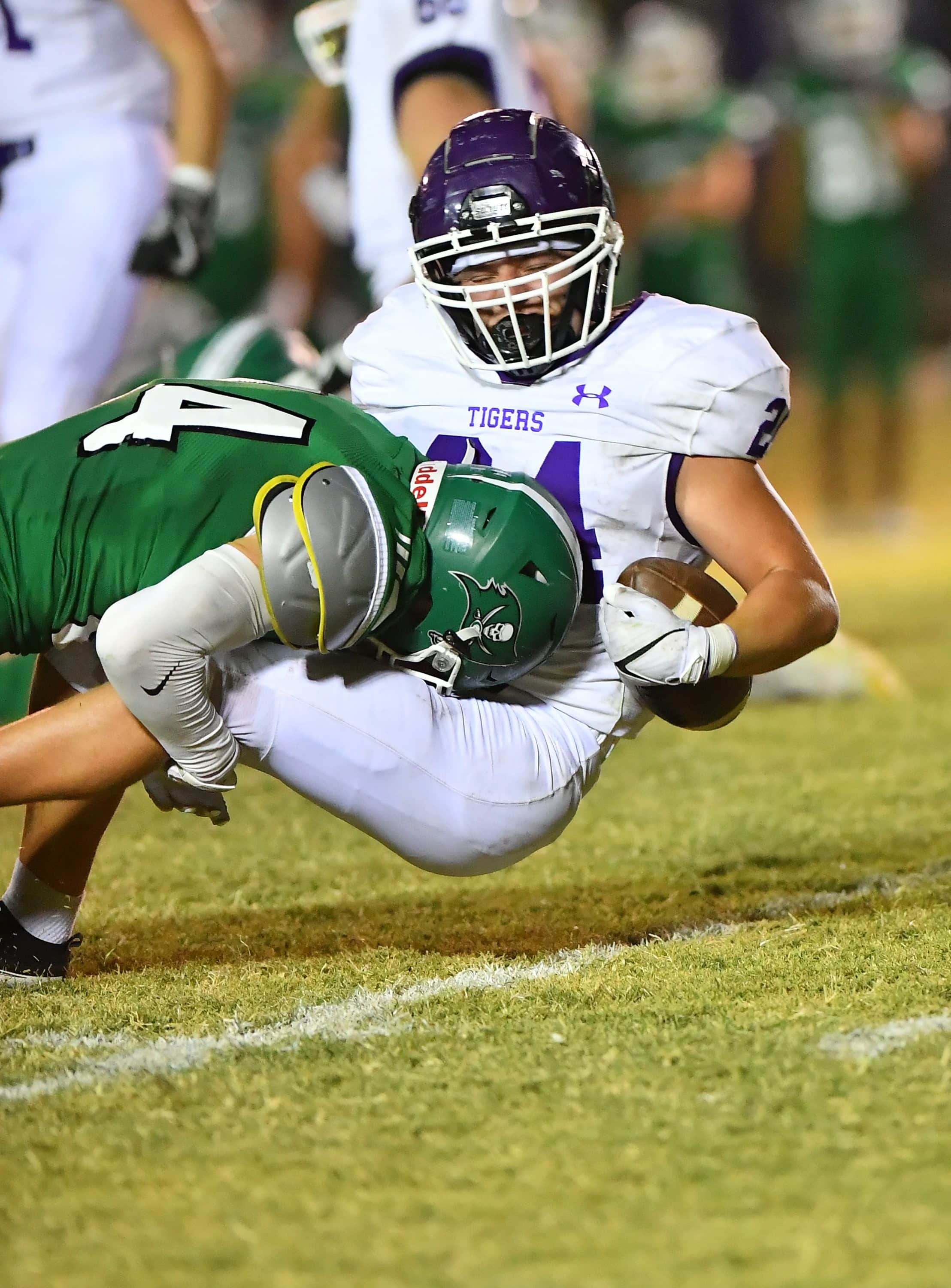 It started early for the #2 ranked Gore Pirates. With less than one minute off the clock in the opening period Gunnar Dozier plunged in from the 1 yard line to open the scoring for the Pirates.

The Tigers started with a 40 yard -pass from Joe Lee to K. Tucker but that is as far as Central would get. The drive ended four plays later on a turnover on downs.

Gore took over on their own 45 yard line. Two plays later it was Noah Cooper on a read option scampering down the left sideline for the score with 8:08 still remaining in the opening quarter.

The Pirates Jackson Duke stripped the ball on the ensuing Central possession and Gore recovered on the Central 30.

Two plays later Noah Cooper rushed for yet another touchdown just 30 seconds after his first tally that made it 21-0 Gore with 7:32 remaining in the first.

After a 5-play possession by Central, Gore forced a punt and took over at mid-field. Still in the first quarter it was Dozier again on a 23-yard touchdown run for a 28-0 Pirate lead with 4:34 remaining in the first.

Gore’s defense stiffened even more allowing just three plays by the Tigers before their second punt of the night, but the snap went over Lee’s head and out of the end zone for a safety and another two points for the Pirates.

The free kick from the 20 resulted in a Pirate possession that started just shy of mid-field. Four plays later Cooper cashed in again for his third touchdown of the night, this time on a scamper down the right side for 29-yards and the score.

Dozer added yet another score for the Pirates on a 59-yard run down the right sideline and a 44-0 halftime Gore lead.

Gore would score three more times in the second half with a running clock on touchdowns by Christian O’Connor with a pick-six, and rushing scores by Alex Hallum and Bladin McCartney for the 65-0 shutout win.