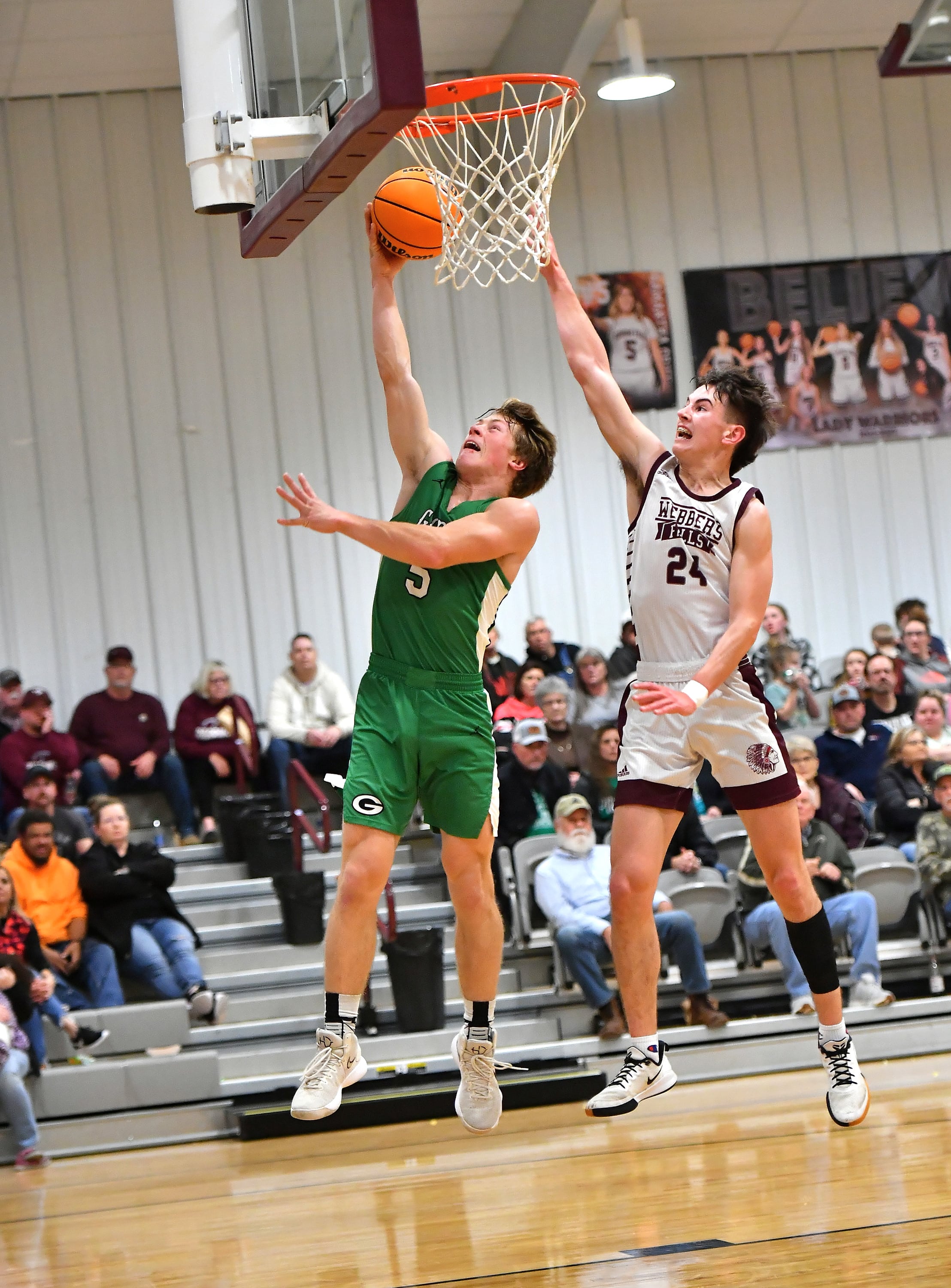 Webbers Falls – The game was close for the opening 4 minutes before the No. 17 ranked Gore Pirates found the range from downtown to put Webbers Falls down 15-9 after one period.

The Warriors top point getter was Jaxon Swearingen with 16 points. Maddux Shelby was also in double figures with 12 on the night.

Gore will travel to Okay Thursday for a big test against the No.5 ranked Mustangs (12-1), who’s only loss was to 3A Keys last week at the Cherokee Classic tournament in Warner.

Webber will remain home to take on Keota (4-5) that same night.