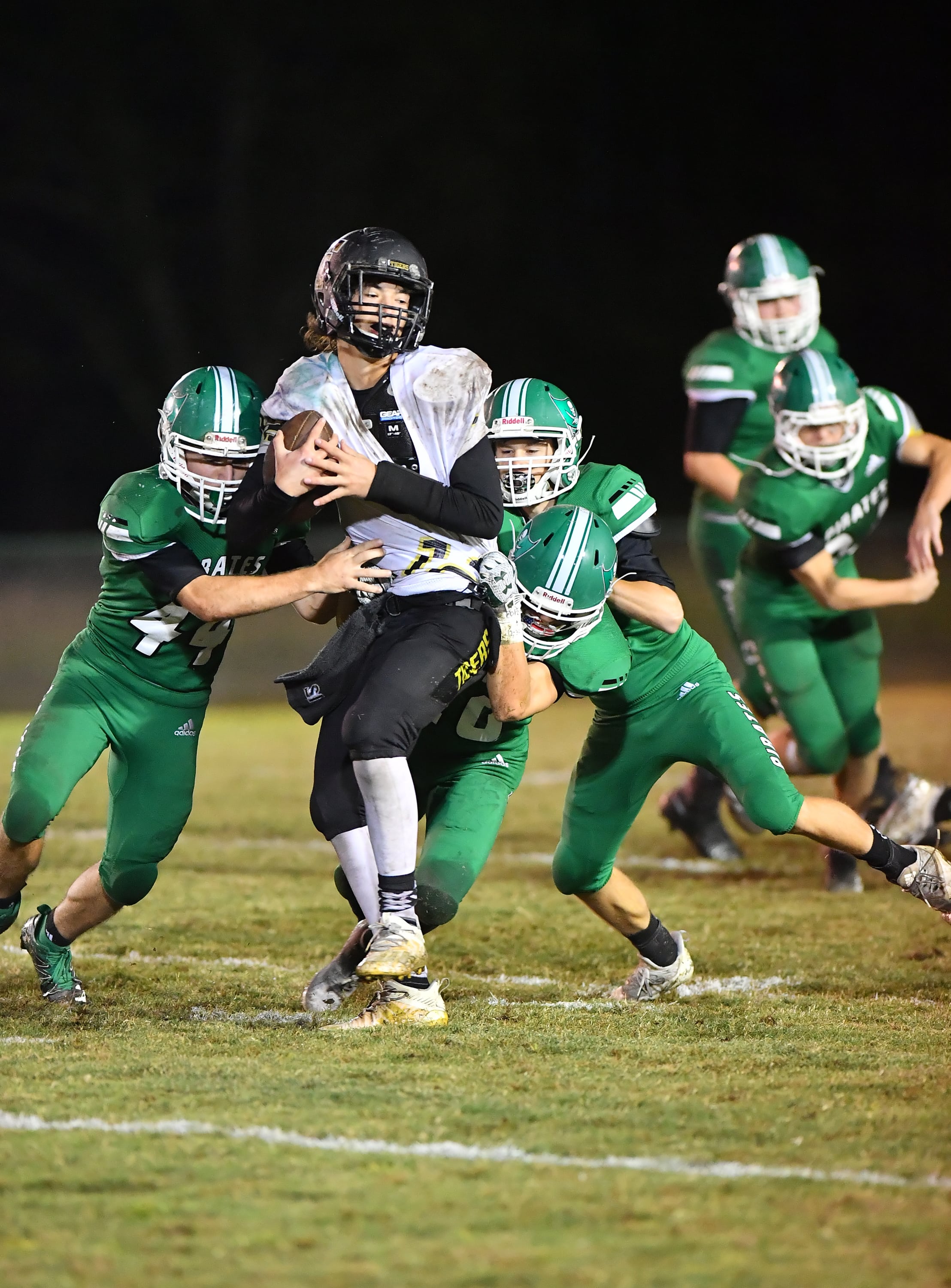 GORE – With the Class “A” OSSAA playoffs just a week away, the number 3 ranked Gore Pirates (10-0) completed their regular season without a blemish Thursday night when they defeated the Talihina Golden Tigers 49-0.

It started early for Gore on just the second play of the game when Zane Craighead ran into the end zone on a quarterback keeper less than a minute into the game.

On the ensuing possession Talihina’s second play turned into an interception and on the first play from scrimmage, Gunnar Dozier rushed 40-yards for the Pirates second score for a 14 point lead.

Still in the first quarter, Craighead connected with a 54-yard touchdown toss to Liam Edwards with 5:48 remaining in the period and Dozier added another on a 3-yard scamper just two minutes later for a 28-0 four touchdown advantage.

The Pirates weren’t done yet! With 40 seconds left in the first it was Dozier again for a 12-yard touchdown run and a 35-0 Gore lead.

Tigers Quarterback Nolan Baughman was under siege all night from a heavy Gore rush. With limited time to throw most of the Talihina offense came on the ground from Baughman along with running backs Alex Johnson and Blaze Baugh.

In the second half the Pirates rested a lot of their starting personnel and moved Jackson Duke to quarterback. With Duke at the helm, Gore was able to add two more scores, one by Alex Hallum on a 14-yard run and another by Tyler Lane on a 50-yard scamper to reach the final score of 49-0

The Pirates will open the playoffs next Friday at home against an opponent to be determined Friday night and with a win are assured of a second round home contest on the 19th.