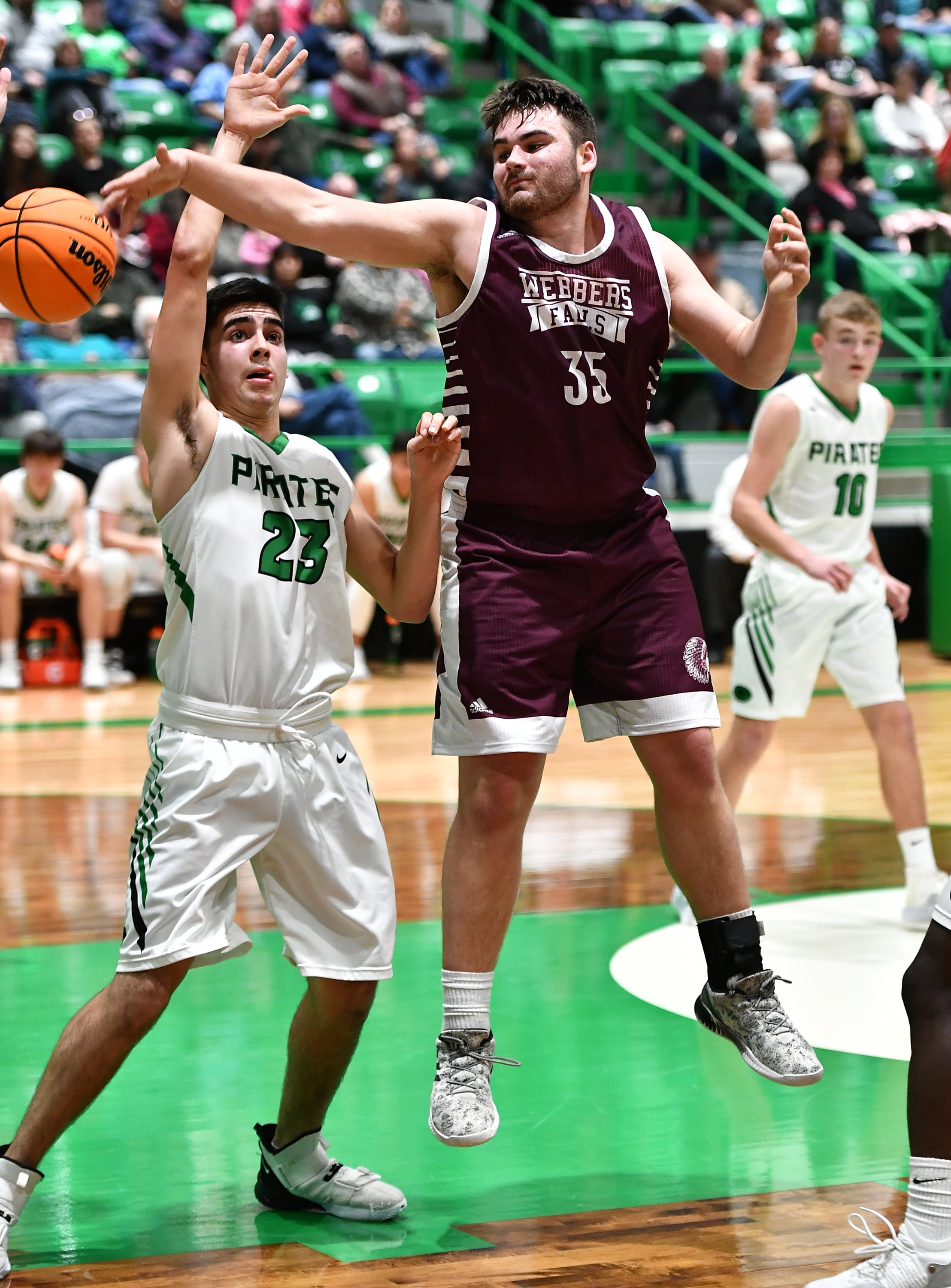 View/Purchase Game Photos
Sign-Up CSSN Subscription
GORE – The Gore Pirates took the first half of the season series with neighboring Webbers Falls back in January with a 41-30 win at the Warriors. Tuesday night it was tit-for-tat as Webber returned the favor with a 41-22 win in a game where the Pirates never led.

The first half was a disaster for Gore. The Pirate boys managed just 5 points in the first period and amazingly only 8 for the entire half.

The Warrior took advantage of the Gore misfortunes and led 25-8 going into the lockers. Daylan Jarrod accounted for 6 of the Warrior first half points with two treys in the first period. Jarrod had a team high 12 on the night, all three-pointers.

Despite some accuracy problems, Jake Chambers was second high scorer for Webber with 9 points. Chambers missed on three clean breakaway lay-ups and went just 1-for-7 from the free throw line. Josh Mason had two three-pointers in the first half and 8 total points for the game.

The Pirates will Travel to Okay (7-15) to take on the Class A, Mustangs Friday night and Webbers Falls will return home to host 8-10 Arkoma.