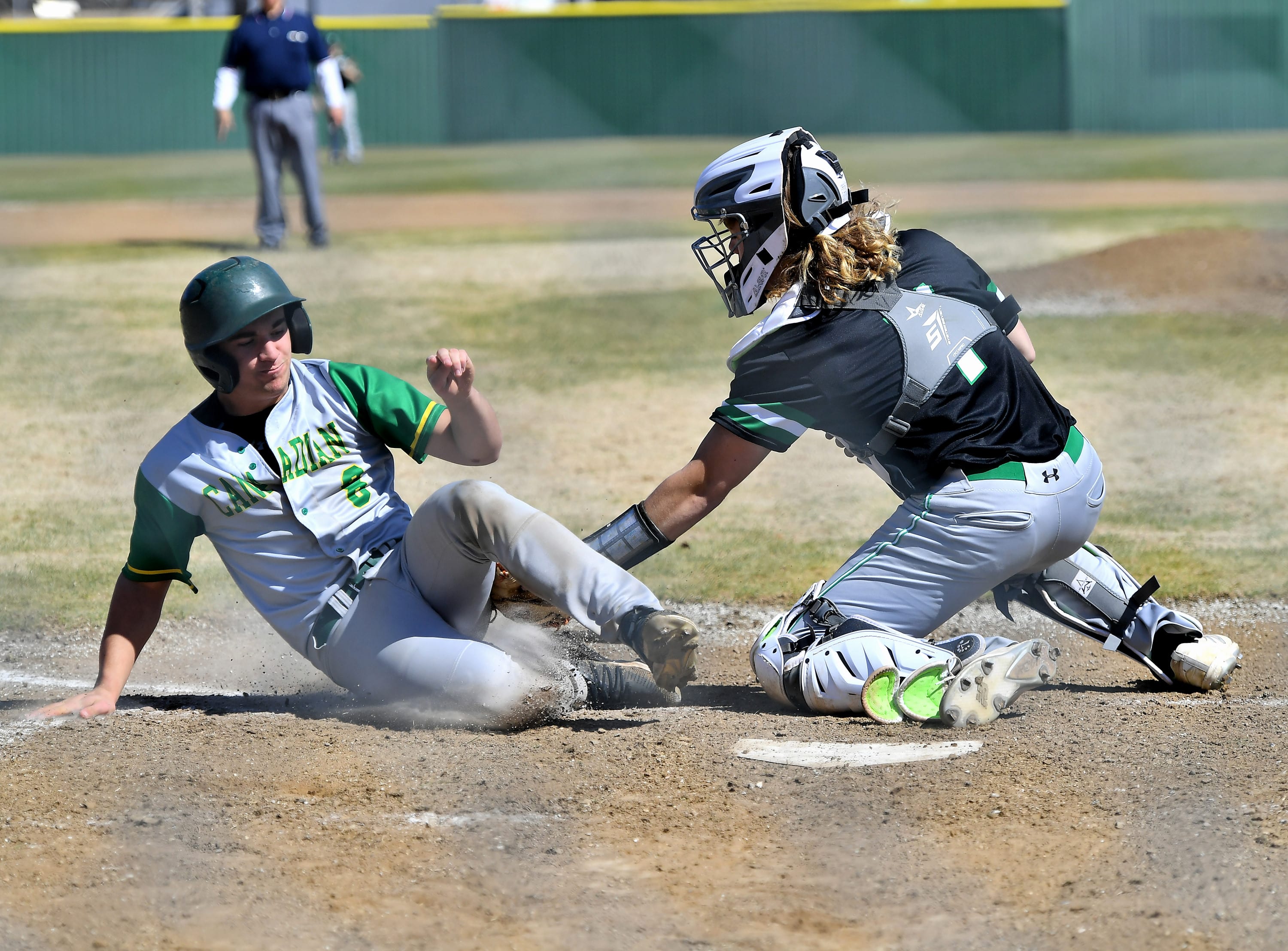 Gore – In the third game of a 3-way day the Gore Pirates ran away from the Canadian Cougars 20-0 in a 3-inning run-rule shortened contest.

After an uneventful top of the first that that featured just one hit for the Cougars by Bashear after a Satterwhite walk, the Pirates defense came up big. Satterwhite was caught tagging up for home by Pirate catcher Dayne Perryman for a double play at the plate to end the inning.

In the bottom of the frame Gore brought 21 hitters to the plate featuring doubles by Ben Kirkpatrick, Jackson Duke, Blake Barnes and two by Tyler Lane, but the big blow came from Duke with a shot over the left field fence for a dinger.

After the dust settled the Pirates found themselves up 16-0 after just one inning.

All-in-all the Pirates Managed 20 runs on 18 hits with the entire roster getting at least one hit. The Cougars were held to just 2 hits and kept off the scoreboard.