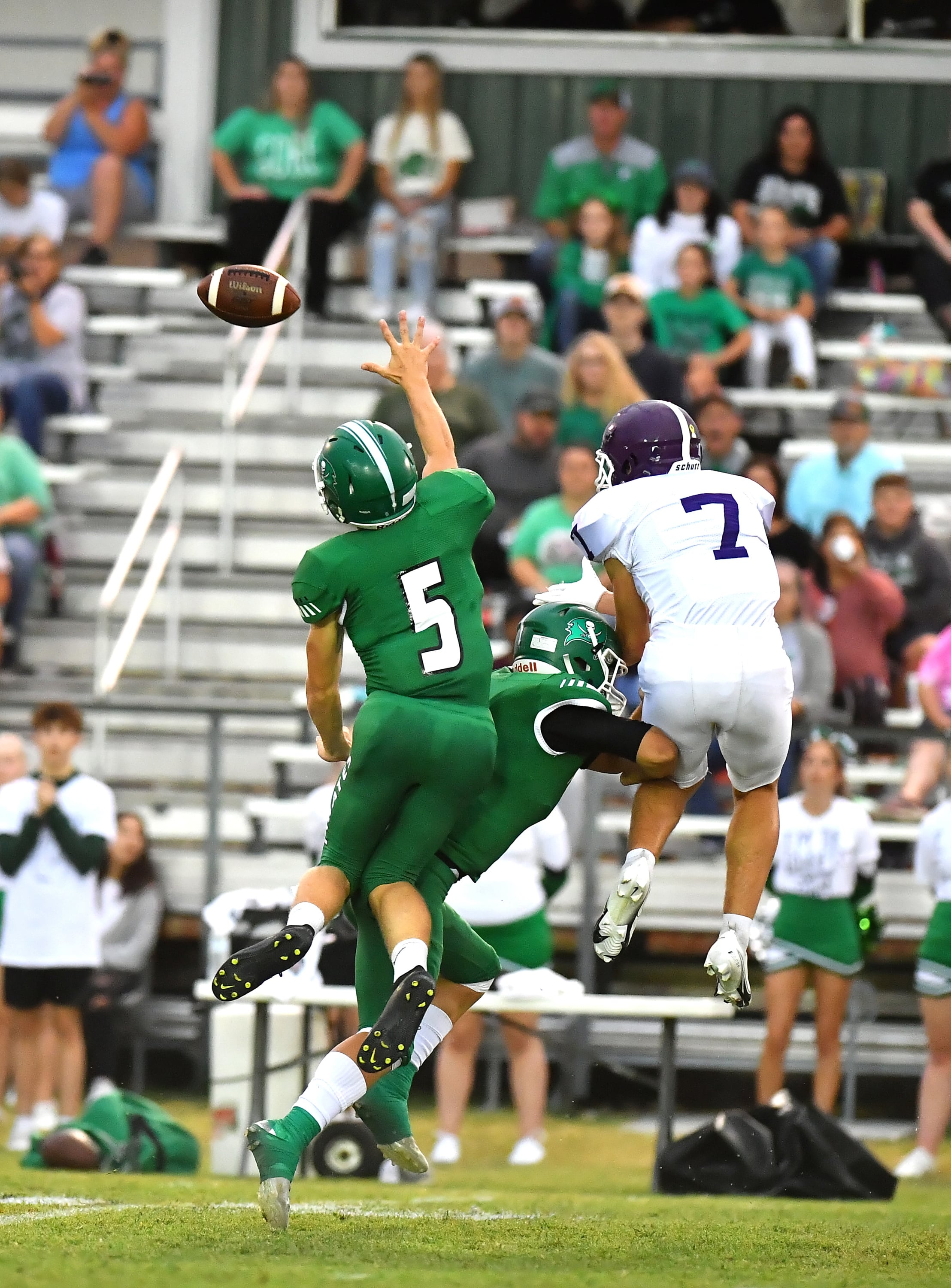 The very first possession for Central showed some success through the air but fell short due to penalties.

It didn’t take the Pirates long to show their dominance, when Zane Craighead dashed down the home sideline 58 yards to the 2-yardline setting up a plunge on the next play for the Pirates first score less than 6 minutes into the game. The extra point kick by Jackson Duke hit the left upright and Gore had to settle for 6 points on their opening drive.

From that point on Gore’s defense stiffened allowing just one first down for the remainder of the period keeping the Tigers off the scoreboard.

Dayne Perriman also scored a touchdown along with Tyler Lane who put the Pirates on the scoreboard with a pick-six interception with 6:27 remaining in the first half and added another from 15 yards out in the second half. Craighead struck once more thru the air and Gore would take a 40-0 lead into the locker room.

The second half started just like the first half ended. Jackson Duke returned the second half kickoff 80 yards for yet another Pirates touchdown and he provided the extra point with his kick to make it 47-0 Gore just :18 expired in the second half.

Duke and Craighead along with Gunnar Dozier provided most of the offense for the Pirates with Duke striking pay dirt 3 times the last to cap the scoring at 61-6 late in the final period.

Ty Walker provided the only score for Central in the final quarter to get the 0 off the board for the Tigers with 7:25 remaining in the contest.