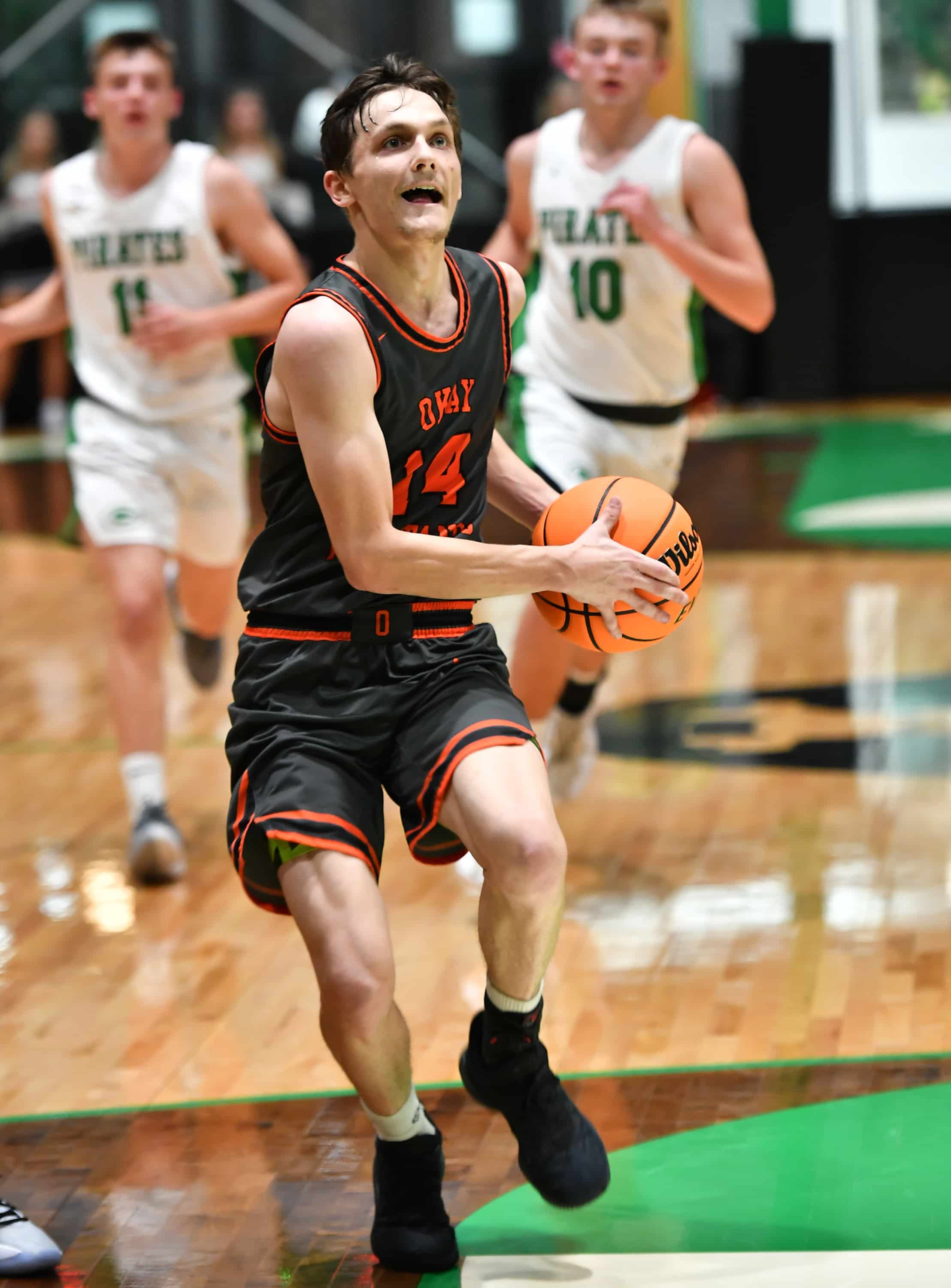 Aaron Perkins was the Pirate killer of the night who posted almost half of the Mustangs total. Perkins put up 20 of the 41 OK points.

The Pirates, who were playing catch up most of the night, made an effort to get back in the game with
3-pointers from Brockman Warren, Ben Kirkpatrick, Jackson Duke, Brady Thomas and Noah Cooper. Gore was able to get within 11 points but that’s as close as it would get.

Down by 8 at the half it was the third quarter that separated the two teams. The Pirates managed 9 in the third while the Mustangs put up 16 to pull away from Gore 34-19. From that point the scoring was about even but it was too little too late for the Pirates who dropped their second consecutive contest.

Gore (0-2) will take on a yet to be named opponent in the Savanna Invitational tournament on the 14th while the Mustangs (1-0) travel to Haskell to compete in the J. T. Dixon Tournament Thursday night