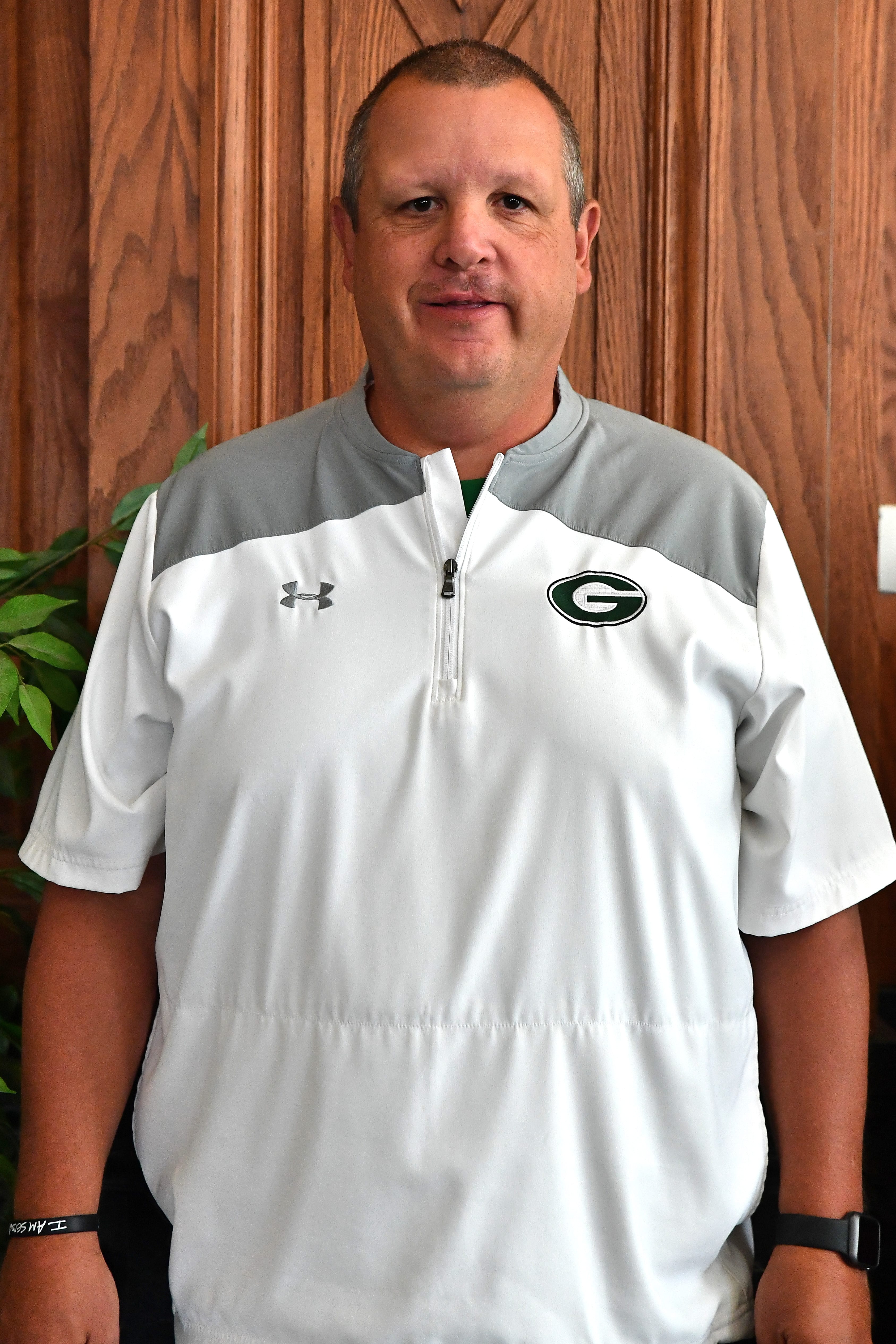 GORE- Head Coach Brandon Tyler will be leading the Gore Pirates into their 2019 campaign looking for his 150th career win in 2019. Coach Tyler spent 12 very successful years leading the Vian program when he came to Gore in 2017. He transformed the Pirates from a struggling program that was 11-37 over five years, to a successful record of 17-6 since he has been with the team. When asked what he would consider a successful season he said, “Like all the other coaches, we want to win a State championship” he also said, “Winning our district is the number one thing and we want to stay undefeated at home”

Media Day at the Bank of Oklahoma saw Coach Tyler with five Pirates summing up their thoughts for this season.

Damion Dover, a starting linebacker who had 80 tackles and 2 sacks last season, said he was coming off the best summer he has ever had. He noted the team is working out together and “Building their bonds”.

Quarterback Weston Shanks said the toughest thing about summer practices sometimes is just getting up and getting to practice. He said, “We are all getting better and getting stronger”. He feels confident with his younger receivers this season and believes he can top his 2018 total of 1342 passing yards.

Running back James Dover implied the team brotherhood was getting stronger from the players getting together for off-field activities such as movies and “just hanging out”. He also is in sync with his QB that waking up has been one of the hardest parts of summer workouts.

Lineman Adam Deardorff feels much better coming into the season 2 inches taller and 35 pounds heavier. He said, “Coach Tyler has put some weight on me and some muscle with these summer workouts”.

Defensive back Jayson Hubler, who was also at media day, will be returning as a senior this season and his duties will be split between Defense, wide receiver and kick and punt returns. Last year Hubler returned a kickoff 80 yards and had one touchdown receiving.

All-in-all the Pirates look to be returning strong and must be considered as one of the favorites in Class A, District 8. Look for the complete Muskogee area 2019 football team previews in August 11th Sunday edition of the Muskogee Phoenix.