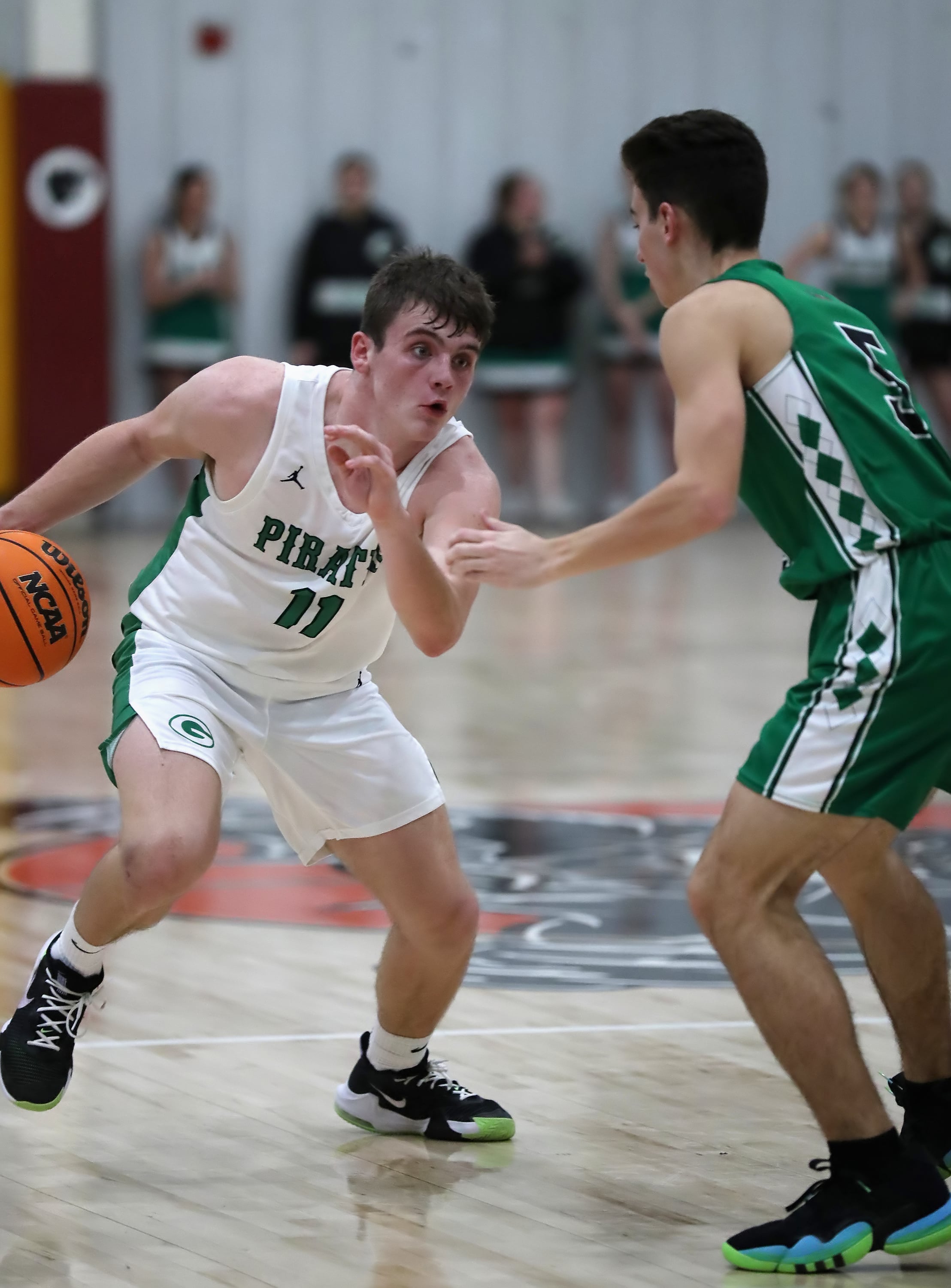 The Pirates scoring was led by Noah Cooper with 21 points, followed by Jackson Duke and Ben Kirkpatrick each with 10 on the night.

The trio combined for 14 of the 17 Gore points in the second quarter, outscoring Quinton 17-6 in the frame. It was that quarter that put the Pirates on top to stay.

Quinton stayed with Gore in the opening quarter with each team scoring 12 points, but the run in the second put Gore on top for good.

Josiah Fitzer was top scorer for the Savages with 17 points, 15 of which came from downtown for 3-pointers. Eli Blankenship totaled 15 points for the game. Fitzer and Blankenship combined for 16 of Quinton’s 18 first half points.