Pirates Bid Ends in Second Round to Woodland 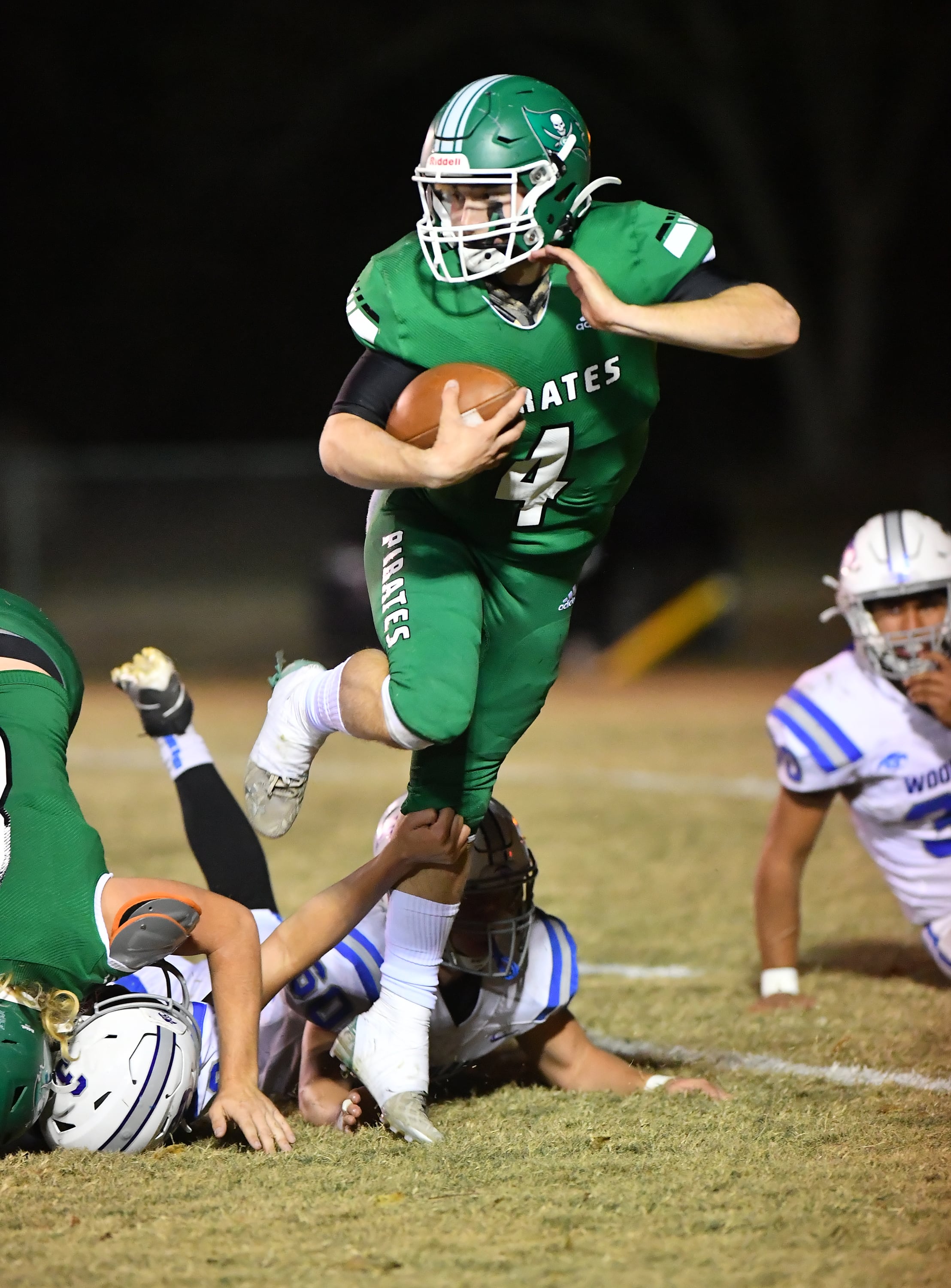 GORE – The Gore Pirates OSSAA playoff run ended in the second round with :37 remaining in the game When Woodland Quarterback Aidan Rhodes connected with Jamie Jordan for a 35-yard touchdown score.

Gore (11-1) had all the momentum throughout the game and trailed only twice. One time after an opening score on an 8-yard toss from Rhodes to Jordan at the end of the first quarter and unfortunately, at the end of the game on another Rhodes-Jordan hookup with :37 seconds remaining.

After the Cougars initial score, it didn’t take long for Gore to respond. Just :56 into the second quarter, Gunnar Dozier broke through the center of the Woodland line for a 36-yard touchdown. The Christian O’Connor kick was good, and the Pirates took the lead 7-6.

That’s where the score remained until the second half when after receiving the second half kickoff Pirates quarterback Zane Craighead waisted no time in increasing Gore’s lead. On the second play from scrimmage Craighead broke through the Cougar defense for a 55-yard touchdown just :15 seconds in. The O’Conner kick missed the mark and Gore led 13-6.

The Pirates would add yet another score in the final period on a 33-yard Craighead run. The extra point try went just a bit wide left and the Pirates lead went to 19-6 with just 3:56 remaining in the game.

That’s where the ship began taking on water. Gore was penalized for pass interference on a third-and-long Rhodes pass that was off the mark, giving Woodland a first down. Two plays later, Rhodes found Jamie Jordan open again for a 56-yard touchdown with 2:17 left to cut the lead to 19-14

Gore failed to convert on third-and-1 at the Woodland 49, and Dayne Perryman’s punt was partially blocked. The Cougars’ Nathan Bouchard picked up the loose ball in Woodland territory for the return when a Gore defender stripped the ball from Bouchard but an official ruled that forward motion had stopped retaining possession for the Cougars.

We here at CSSNOK would like to congratulate the Pirates for an outstanding 11-1 season and are looking forwards to covering Gore football in 2022.