Pirates Bats Too Much for Cougars 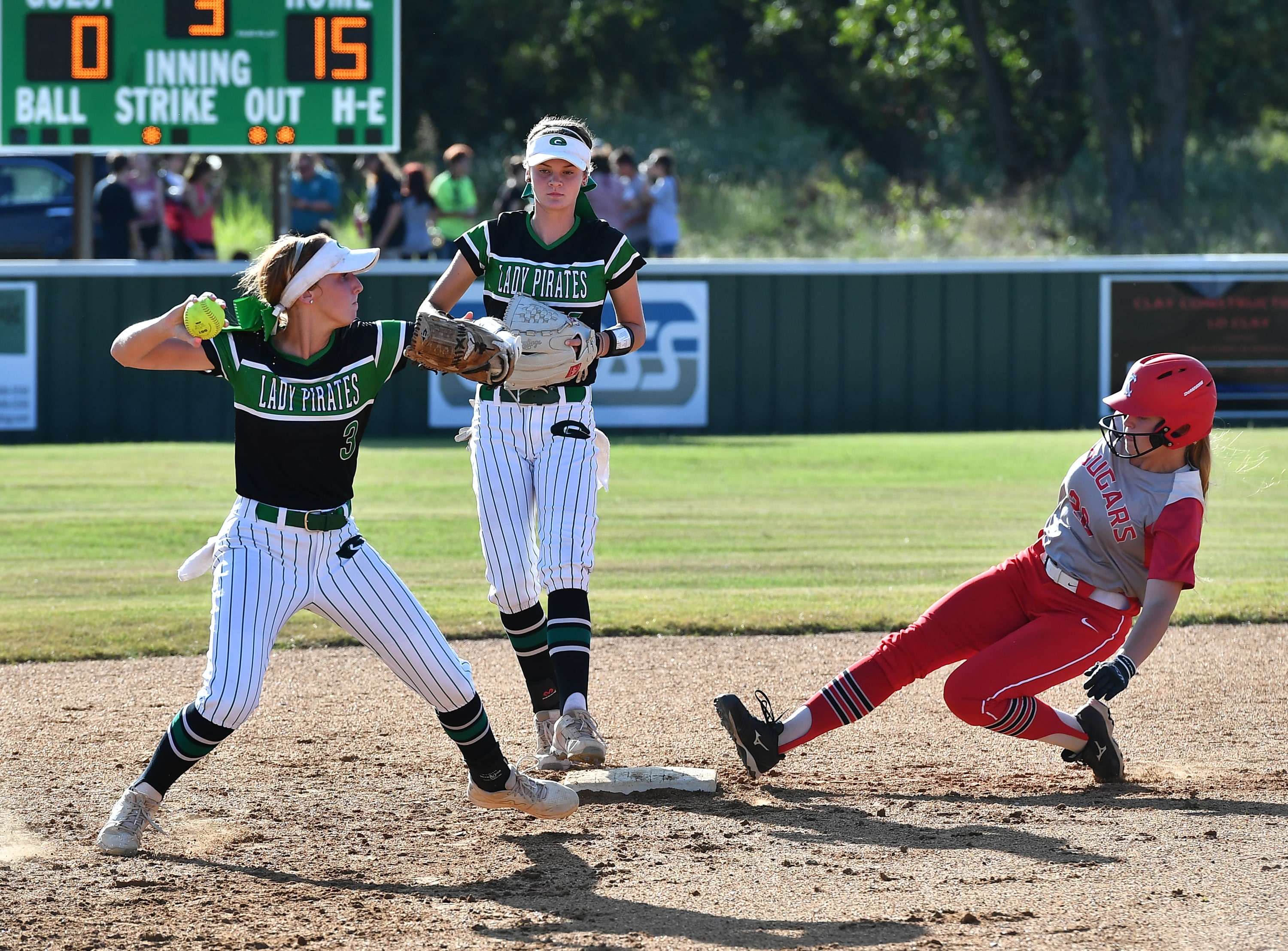 GORE – The Gore Lady Pirates had bats smoking Thursday afternoon with 13 hits in just two innings to defeat the Keys Cougars 16-0 in a run-rule shortened contest.

The Cougars were limited to just three hits by Maggie Phillips, Jaedynn Scott and Megan Lair all singles given up by Barnes, the Pirates pitching ace.

The Lady Pirates will begin district play at home on the 26th at 1:00 pm.