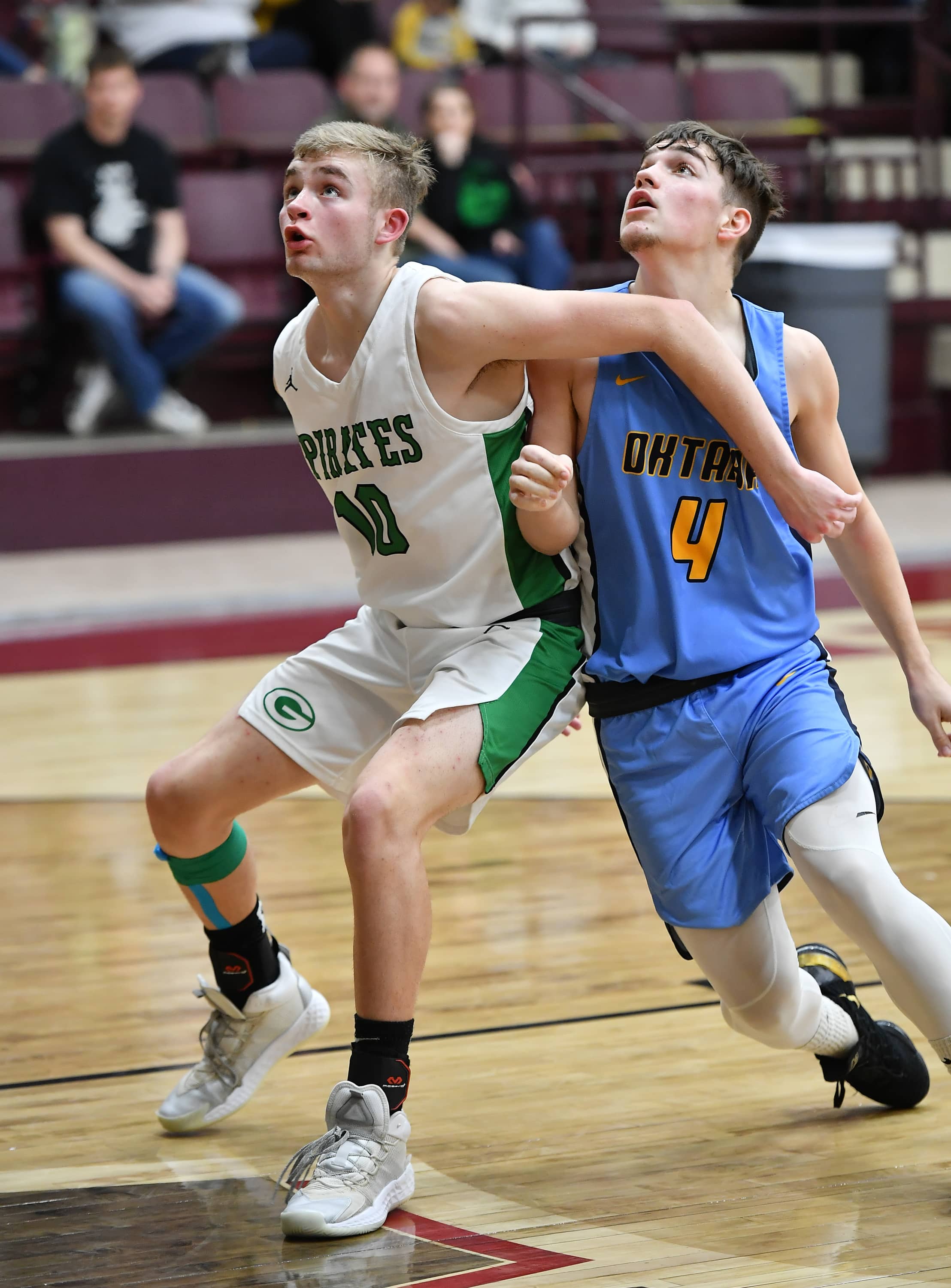 View Photos
Sign-Up CSSN Subscription
WARNER – In a game that was never separated by more than five points, The Oktaha Tigers outlasted the Gore Pirates in the final minutes to advance in the consolation bracket of the 2021 OSSAA Regional tournament at Warner.

A nip-and-tuck first half the ended with Oktaha leading by four points was just the beginning of the excitement yet to come.

After Gore tied the score at 28 with 3:33 remaining in the third, the Tigers pulled ahead to a two-point lead 31-30 after three.

Halfway through the final period the Pirates notched their first lead 37-35 but the game tightened to within one in favor of Oktaha with less than a minute left to play. That final minute would be the downfall of Gore when the Tiger advantage stretched to 4 via a 3-pointer from the left corner with just 15 ticks remaining in the game.

Ethan Frazier was top scorer for Oktaha with 20 points and Zane Shows hit double figures with 12. Gore was led by Noah Cooper with 11. Cooper was the only Pirate in double figures.

The Tigers will have one more hurdle vs. Wilburton Saturday afternoon to advance to the Area tournament in Seminole next week.