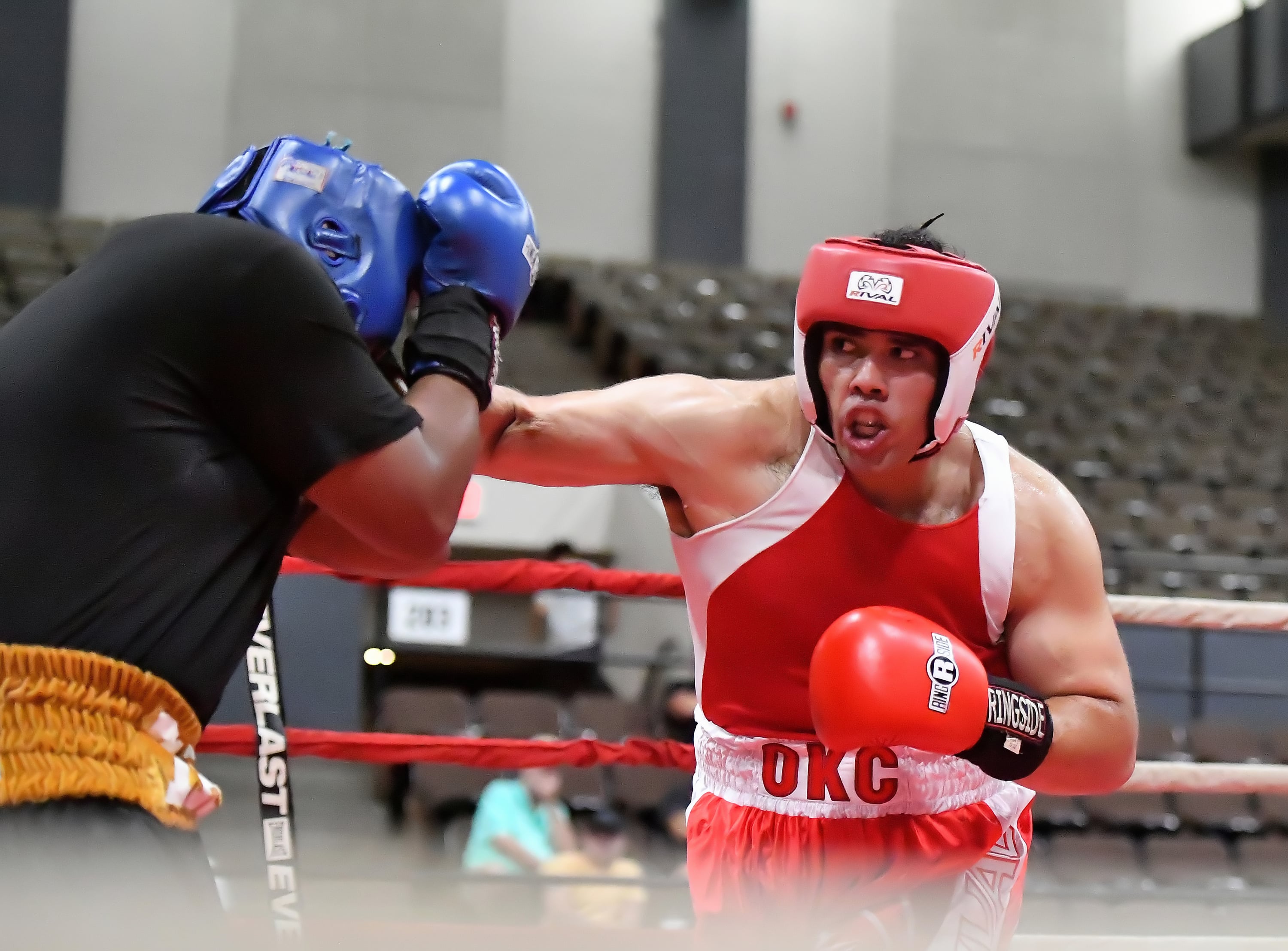 The opening 6 matches were Match Bouts in weight classes ranging from 75 pounds to 154 pounds. Among those contest was a ladies matchup between Elayna Rowe from Oklahoma’s The Engine Room boxing club and Erica Collins of Ellis Boxing of Kansas in the 125 pound class.

Matches 10 thru 12 Began the title fights of the KOGG (Kansas Oklahoma Golden Gloves) Novice Division. The Novice class ends with the regional round. Oklahoma’s Jamie Noyola took bout 10 over Shamari Mitchell in the 123 pound division. Match 11, in the 132 pound class, featured Hakeem Eli’juwon of Warrior Boxing and Gujju Reddy. Keigan Stephenson of Azteca Boxing Club took on Bryant Salas in bout 12 (152pound calss. All the Kansas boxers hailed from the KO Boxing Club. The Regional Novice Division was swept by the Oklahoma boxers.

The final four matches of the night were in the Regional open division and determined who would advance to the Golden Glove Nationals to be held in Tulsa in August. The Oklahoma boxers again swept the four divisions that were up for grabs. Carlos Hernandez (Azteca) squared off against Dominic Thomas (Villa Boxing) at 152 pounds. Karlos Lizarraga (The Engine Room) vs. Darius Bryant (Valor Boxing) at 165 pounds and Bryce Edwards (Diamond Boxing vs. Aaron Hernandez (Southwest Boxing) at 178 pounds.

The final bout of the evening, the 201+ pound heavyweight class, featured Pablo Porras of Oklahoma City’s Rival Boxing club and Tahj Abdul-Malick of Kansas’ Valor Boxing. Porras has a respectable # 4 National ranking. He defeated Abdul-Malick by a unanimous decision.