Okay “D” Too Much for Warriors 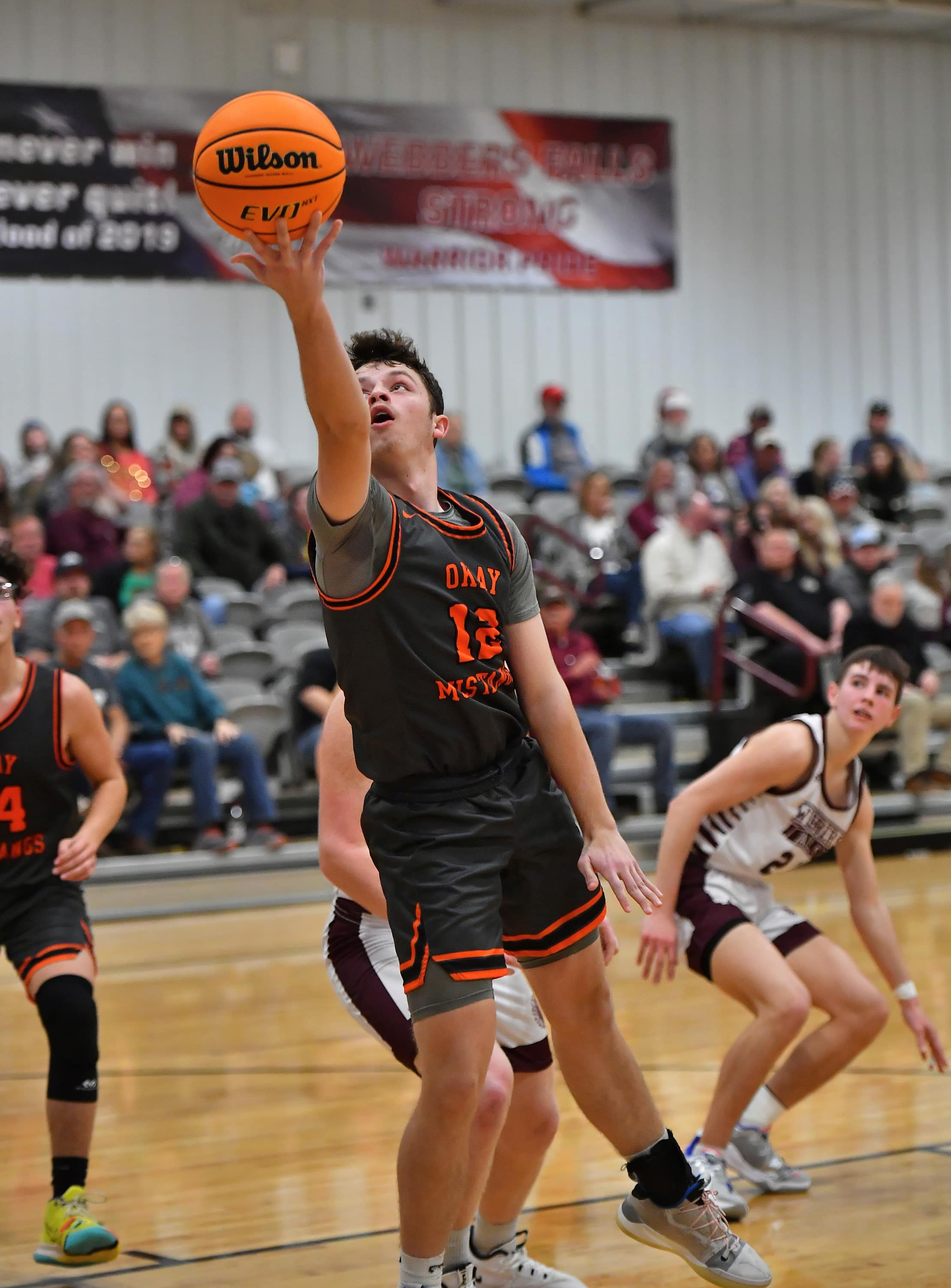 The 6-1 Okay Mustangs showed their speed Tuesday night at Webbers Falls defeating the Warriors (2-3) by a score of 51-28.

From the onset, the Mustangs took charge outscoring, outrebounding and outhustling Webbers Falls to lead in the opening period 13-7.

Diezel Davis hit three times from beyond the bonus stripe in the first quarter to lead the Mustangs with 9 points. Before the half it was Ashton Walters in the second with 7-points and Okay led at the break 27-14.

Davis was high point getter for the Mustangs with 15 all coming from beyond the 3-point line. Tito Ramos spread 13 points over four periods and Walters had all his 8 points in the second.

The Mustangs will travel to Gans (1-3) Thursday night and the Warriors go to Oaks Mission to take on the (1-1) Warriors on Friday.