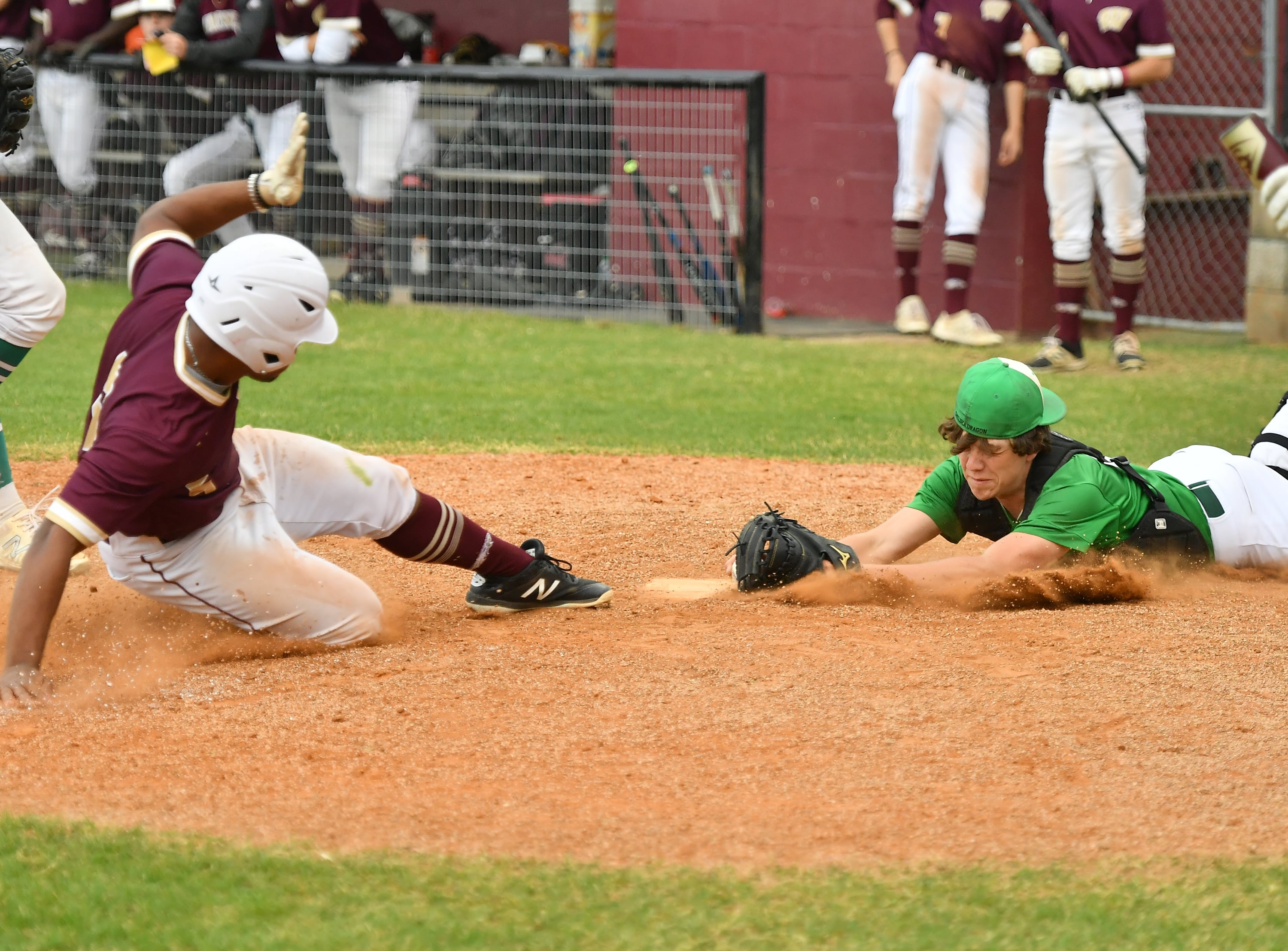 View/Purchase Game Photos
Sign-Up CSSN Subscription
WARNER– Mason Jim defiantly brought his bat to the ballpark Tuesday afternoon posting a 4-for-4 day along with five RBI’s to lift the Warner Eagles (17-6) past the Chelsea Dragons. Three of Jim’s 4 hits were doubles along with teammates Koltin Lusk and Landon Swallow who also notched two-baggers. Trevor Capps and Dalone Logan each hit triples.

Lusk held the Dragons to four hits over the seven innings while striking out seven and walking two Chelsea hitters.

The Dragons starter Paul Smith struck out two Eagles but was touched for 9 hits over four innings before being pulled for reliever Bruiser Hurst who allowed 8 Warner hits before the game was called on the 10-run rule in the bottom of the sixth inning.

The Eagles will look to extend their 5 game win streak next Tuesday when they travel to Hulbert to take on the 0-11 win less Riders, while Chelsea, now 4-19 will take on Porter Consolidated (18-12) Friday in the Fairland Tournament.