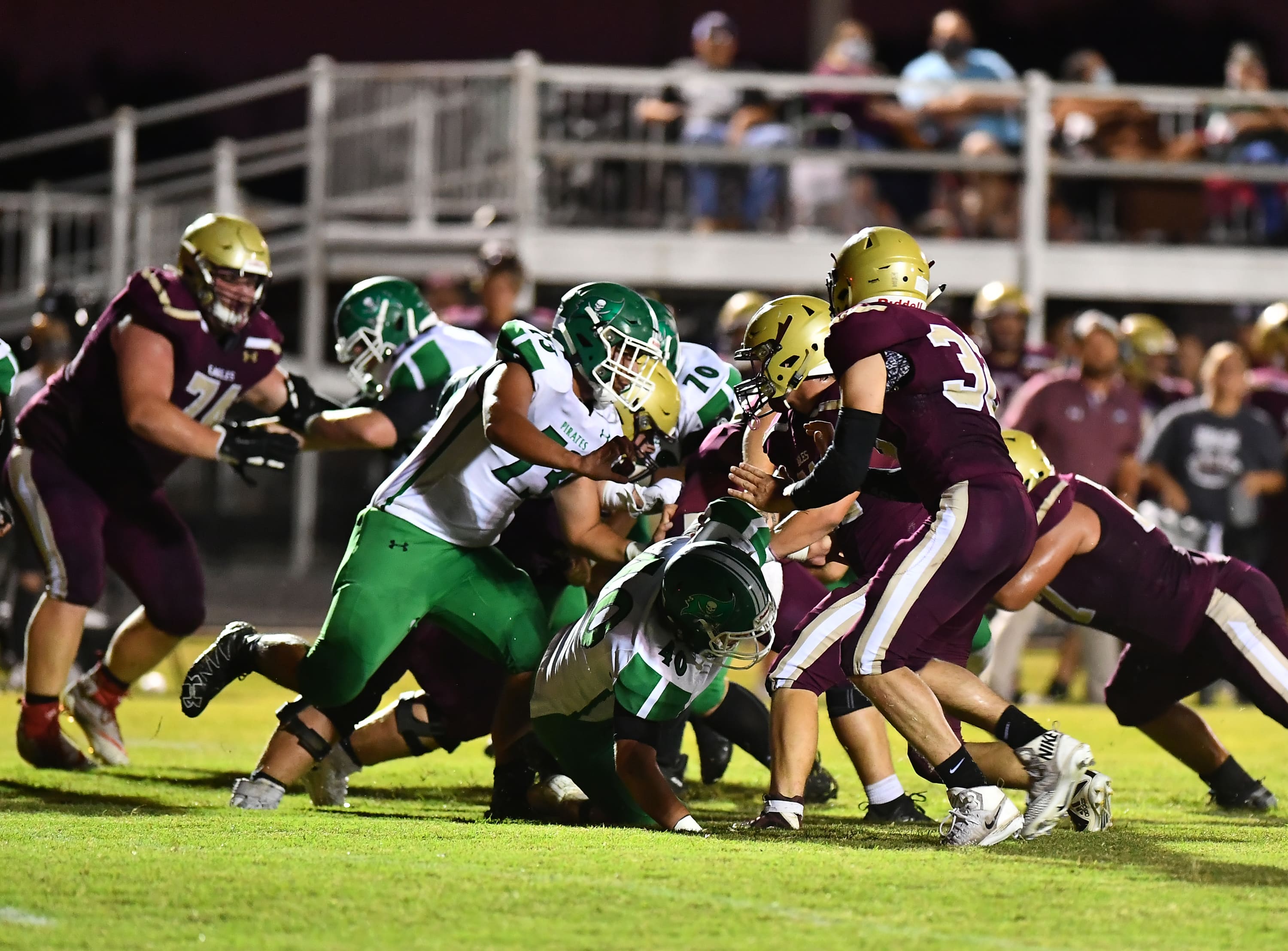 View/Purchase Game Photos
Sign-Up CSSN Subscription
WARNER– In a battle filled with turnovers, it was the last one that cost Warner the win.
Defenses from both team dominated the game forcing turnovers and stopping drives cold. The punters were busy all night in this defensive struggle.

After an Eagles fumble late in the first quarter Gore returned the favor on the Pirate 29-yard line when Brody Cannon recovered the Gore mistake, but the Eagles still could not capitalize.

With 10:38 remaining in the half the Eagles finally struck paydirt on a Freshman to Freshman hookup when QB Jace Jackson hit Ty Vincent for a 15 yard TD strike. The extra point failed, and half ended with a 6-0 Warner lead.

After the break, the defenses took over again allowing no scores through the third quarter.

In the fourth, with 10:21 remaining, The Eagles, on a 3rd and 10 play attempted a pass in the left flat that was picked off by Jackson Duke and returned for a 35-yard Pirate touchdown. With the extra point good the Pirates took a 7-6 lead.

Neither team could muster an offense in the last 10 minutes of play and the game ended with the 7-6 Pirate advantage.

With the win the Pirates went to 2-0 after missing their first two contests due to quarantine. Warner would have to settle for a 2-2 record but the loss that hurts the most is this district game against the neighboring Pirates.