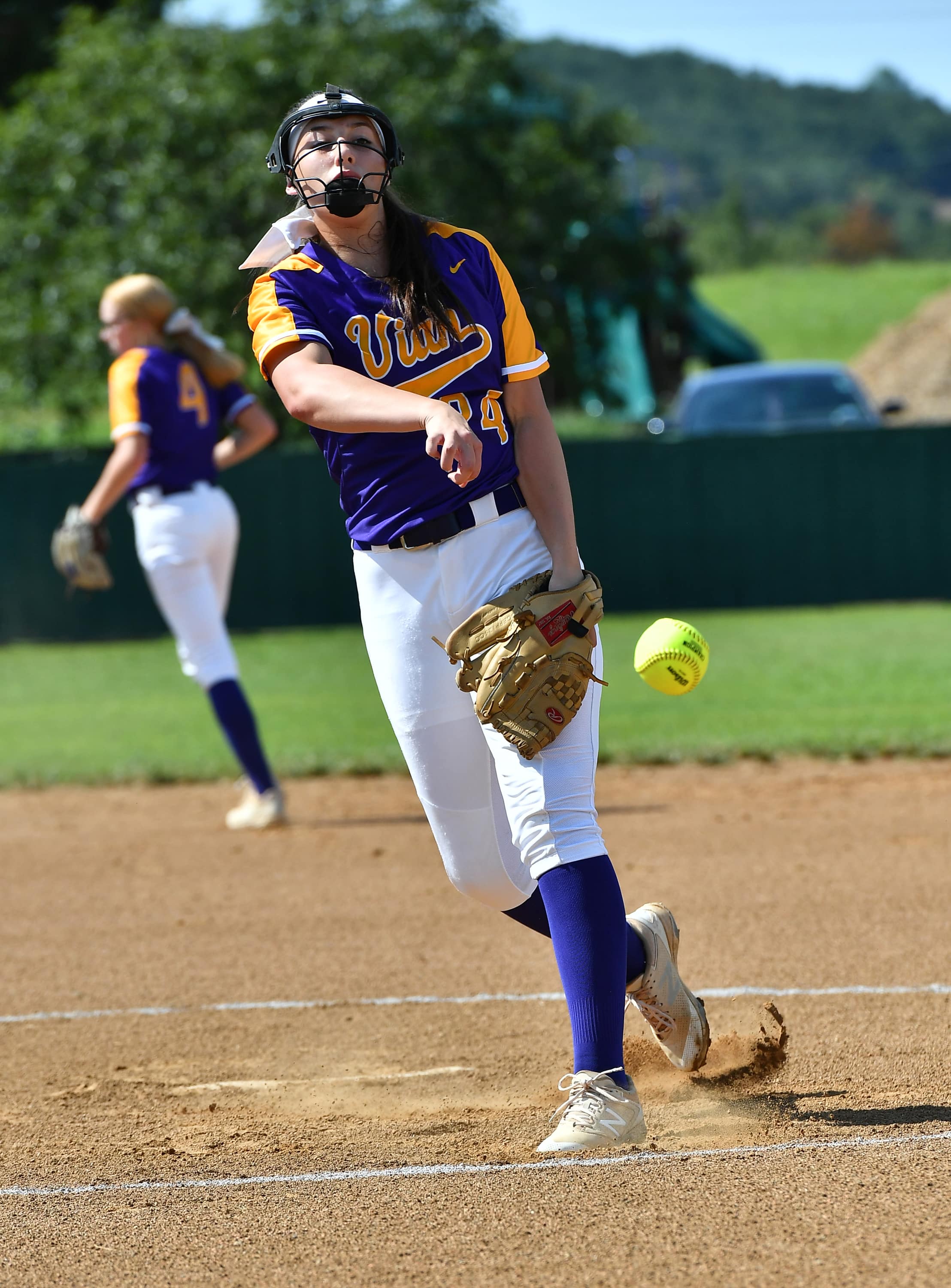 VIAN – The young Lady Wolverines opened their tournament play Thursday afternoon by getting by Sallisaw Central 13-1 in just 3 innings.

The Central Tigers fell victim to the run rule in the third inning when Harlee Carlton singled to left scoring Kahleisha Wright for the 13th Wolverine run to end the contest early after just three innings.

Both pitchers started the contest slowly with control problems issuing several free passes to start the game. Kadence Cochran for Vian fell victim in the opening frame after a dropped ball by the first baseman allowed Ann Hart to reach safely.

A walk to Maddie Sizemore, another error by Cochran and a walk issued to Madison Lindsey Put the Tigers on the board and prompted a visit by Coach Ramos to settle his young infield down. Cochran took the visit to heart by striking out the next hitter, Madi Thomas, on three pitches and assisting on a play at the plate to catch Sizemore attempting to steal home. Hailey Mendenhall ended the inning for Central by popping up a ball in foul territory on the left side of the infield for the final out of the inning.

In the bottom of the frame, it was the Tigers turn for pitching woes. Consecutive walks by Kacie Gibbons, Maci Smith and Greenlee Wells loaded the bases before Kadence Cochran was hit by a pitch to score the first of five Wolverine runs in the inning. The big blow came from a Lauren Millard double that emptied the bases before the inning ended with a 5-1 Vian advantage.

A walk by Emily Lane provided the only base runner in the second for Central. A ground out by Jodi Whitaker and strikeouts by Hannah Philpot and Ann Heart ended the Tigers second inning.

Gibbons opened the bottom of the second for Vian with a no-doubter blast over the left field fence for a home run. Doubles by Smith and Millard and single by Kahleisha Wright added to the Wolverine lead and put Vian up by 7 runs.

A scoreless third inning for the Tigers was followed by yet another Wolverine rally. A double by Smith and singles by Wells and Cochran were followed by a Millard double scoring two. Tayden Locust added an RBI with a grounder to short before Carlton ended the it with the game-winning single for the 13th Vian run.

Both teams will continue tournament play Friday and Saturday at the Softball fields in Vian.