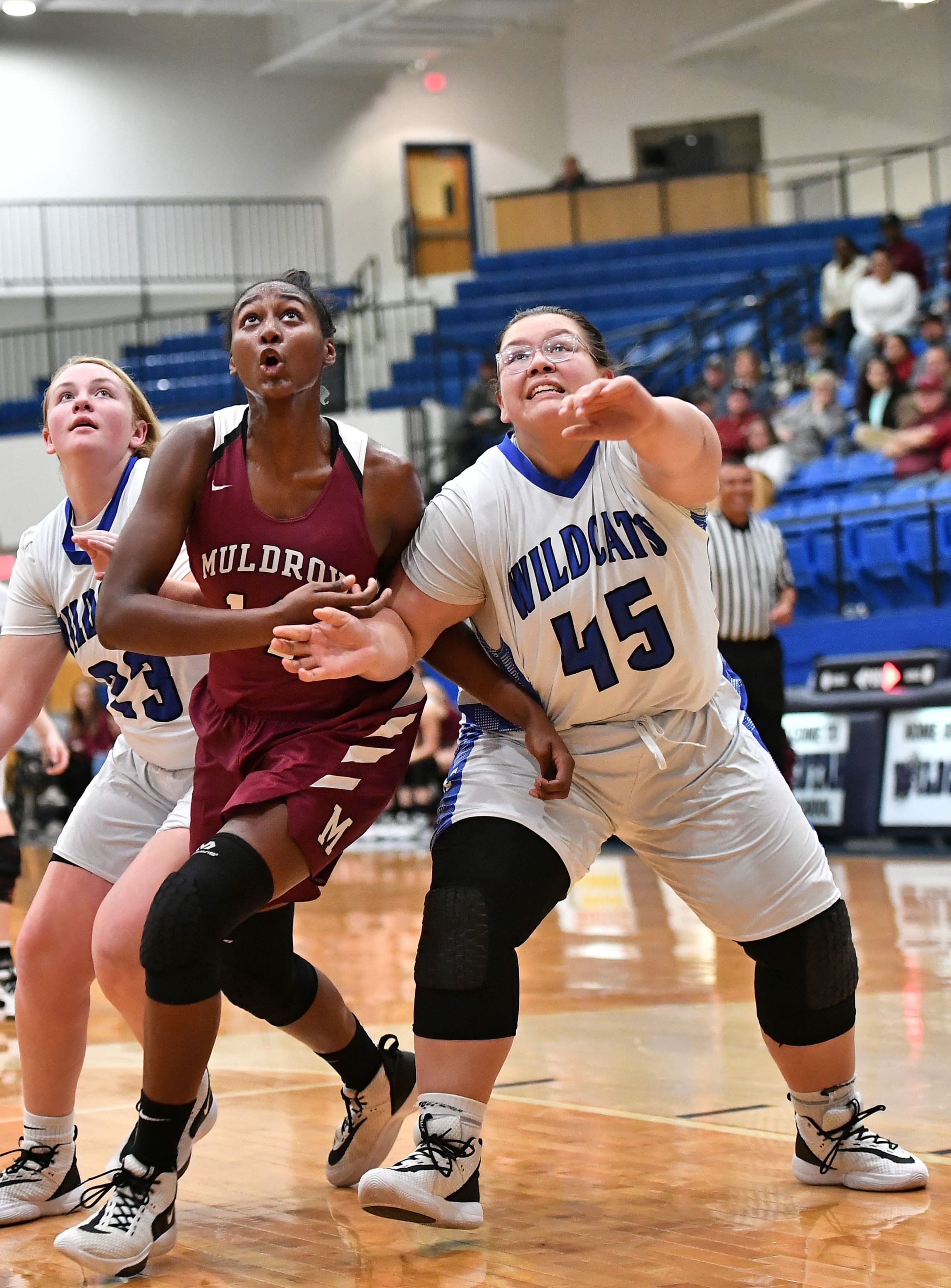 Checotah never lead in the contest and were down early 13-7 after one period. Vanssa Henson posted 5 of the 7 Wildcats first quarter points and was high Wildcat for the night with 10 points, the only Checotah player in double figures.

Muldrow had two double figure scorers. Alicia McCloria with 12 and Mariah Jenkins with 10 led the way for the Bulldogs.

In the third period the Wildcats got within 3 points, but Muldrow quickly pulled away scoring 20 in the third and adding 9 in the final three minutes. Checotah was held off the board in the final eight minutes resulting in the lopsided 53-22 decision for the Mustangs.

Checotah (1-5) will be back on their home court January 3rd when they take on Stilwell (1-4) and The Mustangs will be heading to the tournament of Champions, December 26th thru 28th.