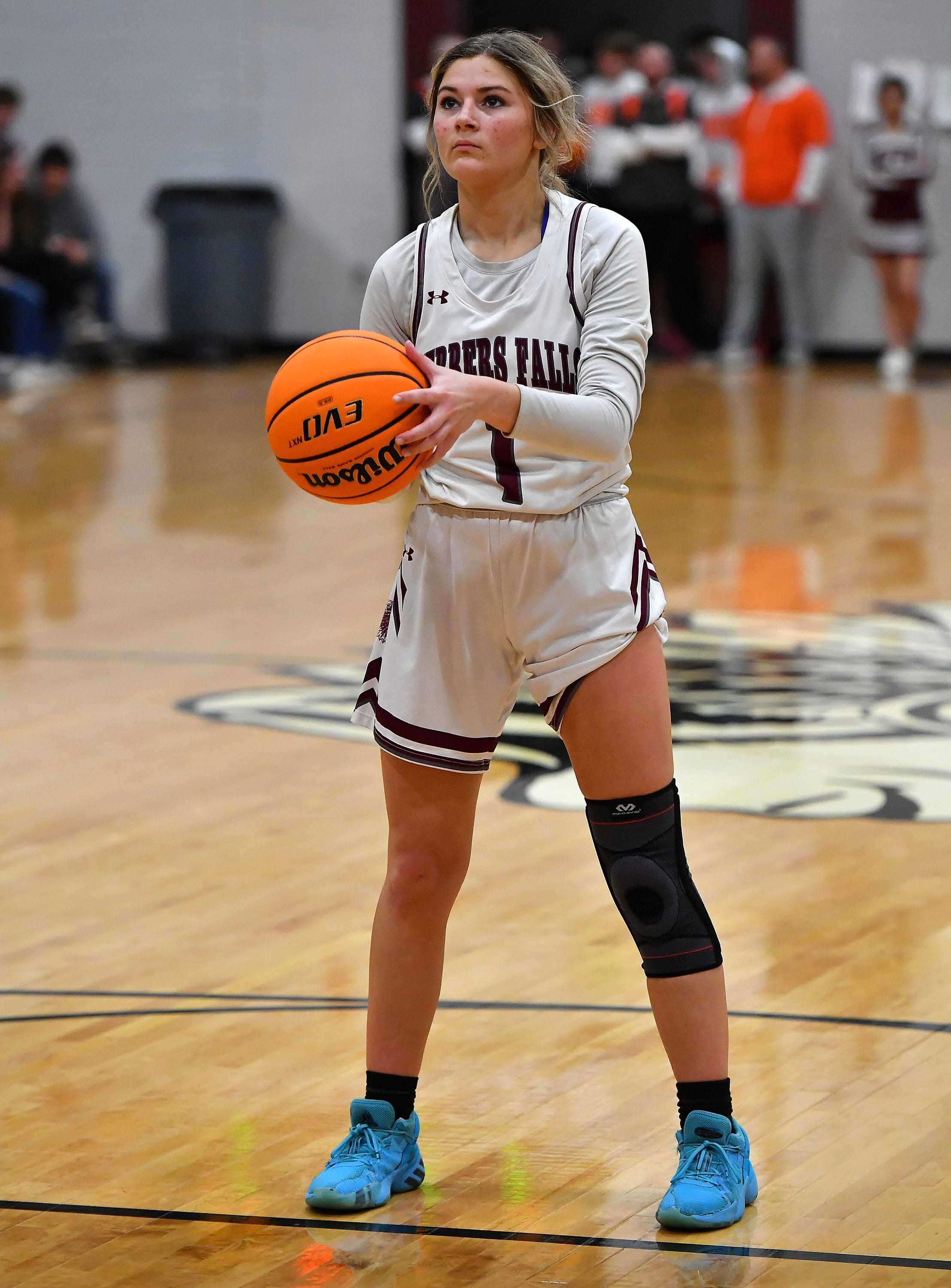 WEBBERS FALLS– The Dewar Lady Dragons out-maneuvered Webbers Falls but couldn’t find the basket, missing the majority of their opportunities thru ought the game.

The Lady Warriors’ Anistyn Garner, one of their top point getters, suffered a knee injury midway thru the opening period after hitting two 3-pointers and remained on the sideline for the remainder of the game.

Teralynn Colston and Samantha Griffith picked up the slack with Colston scoring 14 points, 8 from the charity stripe, and Griffith netting 9, six of which also came from free throws.

For the game, Webber went 16 for 23 from the line for just under a 70% free throw average.

Maykia Carter was the high scorer for Dewar with Melanie Burney also in double figures with 10 points.

The Lady Dragons (9-6) take to the hardwood Saturday against Shulter (10-8) in The Okmulgee County tournament, while the Lady Warriors (12-3) are off until next Tuesday when they remain home to face district rival Porum (11-4) in a game that will be covered by CSSNOK.