Lady Warriors Too Much for Wildcats 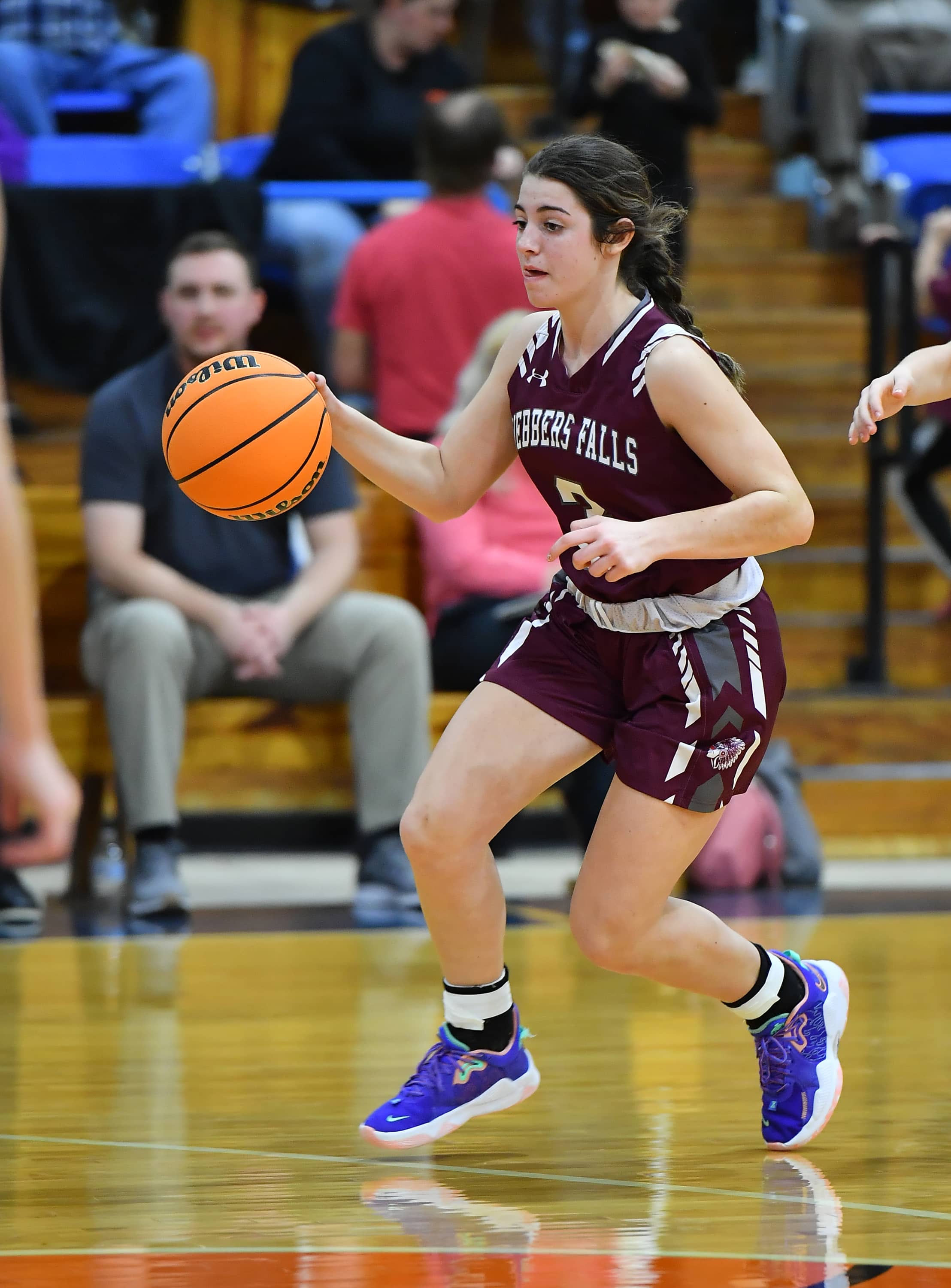 BRAGGS – The 15th ranked Webbers Falls Lady Warriors (6-0) got off to a blazing start Tuesday night at the Braggs Event Center and never looked back, defeating the Lady Wildcats 68-24.

Webber netted 25 points in the opening eight minutes while Braggs only had 2 points. The Warriors were led by Anistyn Garner, who scored 10 points in the quarter. Garner finished the night with 17 points.

In the second period, Webber knocked down 17 more to lead at the half 42-7.

After the break, coach Ward let the starters in for the third and they responded with 18 additional points and only allowed 4 for an overwhelming 60-11 lead.

In the final session the Warrior starters were relieved, and the Wildcats gained a little ground outscoring Webbers Falls 13-8 in the final period.

Samantha Shanks led the scoring for the Warriors with 18 points, Garner had 17 points, and Brooke Wyatt had 10.

Alex Chandler was high scorer for the Lady Wildcats with 14 of the teams 24 point total. Zoey Hall was the other main contributor with 8 points.

Webbers Falls will be back in action Monday night when the travel across the river to take on the neighboring Gore Lady Pirates (1-5) in a game that will be covered by CSSNOK, while Braggs travels to Keota to challenge the 3-3 Lions this Thursday.