Lady Warriors Too Much for Pirates. 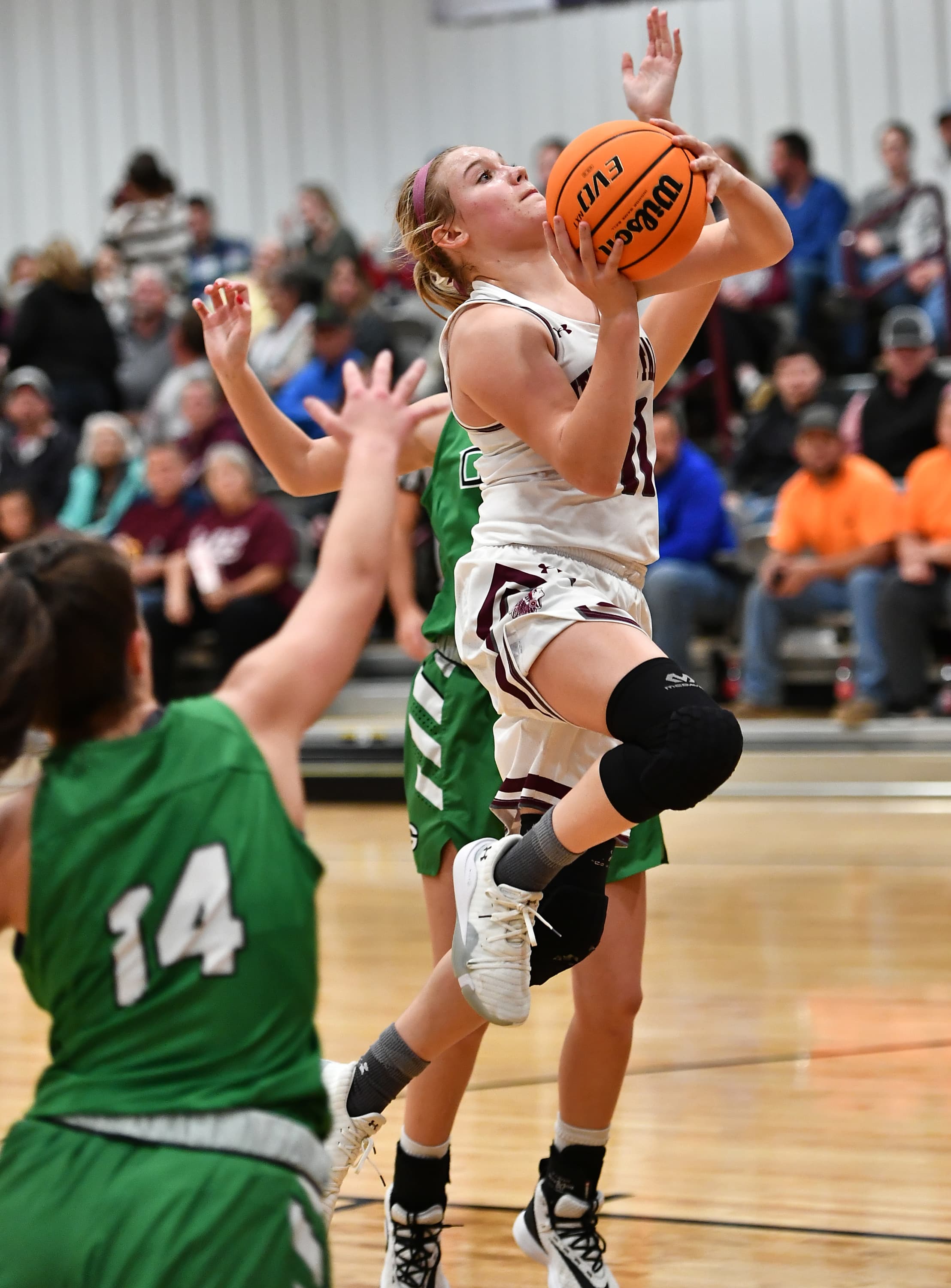 View/Purchase Game Photos
Sign-Up CSSN Subscription
WEBBERS FALLS – The 8-1 Class “A” Lady Warriors may have fallen off the OSSAA ranking charts but that didn’t keep them from soundly taking down the visiting 2A Pirates from neighboring Gore Friday night 44 -18.

Webbers Falls defense held a stiff perimeter through the opening eight minutes allowing just 3 points in the first quarter from the visiting Pirates. Lexi Raskey sunk two shots from downtown in the opening session and Morgan Carter had one long range bucket for the Warriors to open up a 13-3 first quarter lead.

The Pirate ladies managed 10 points in the second with scores from Abbie Ray, Addison Sheffield and Karli Springer, but still trailed 20-13 at the half.

After the break it was all Warriors. Raskey, who was held off the board in the third, came back in the final period to sink two more 3-pointers along with one from the field plus a free throw, to finish with 15 for the game including four shots from beyond the bonus stripe.

Samantha Shanks was also in double figures for Webber with 10 points for the night. There were no Pirates in doubles. Addison Sheffield led the way for Gore with 7 points.

The Pirates will return to action next week in Holiday tournaments while Webbers Falls will visit Braggs (5-6) next Tuesday night.