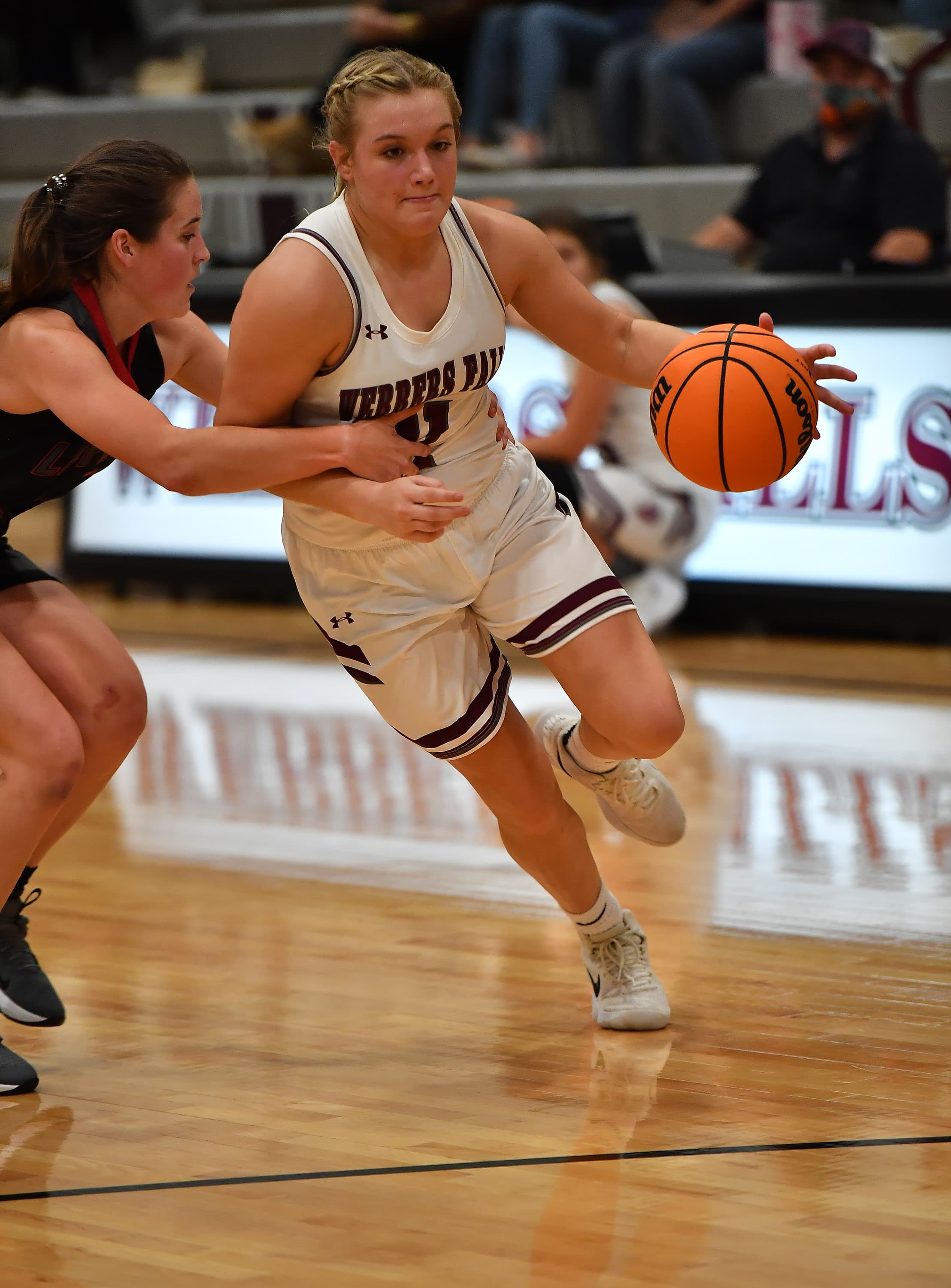 View/Purchase Game Photos
Sign-Up CSSN Subscription
WEBBERS FALLS – The Lady Warriors made quick work of the Leflore Savages Thursday night having the game under complete control from the onset.

Samantha Shanks, Webbers Falls top scorer, put the Warriors up quickly in the opening quarter hitting four 3-pointers and another up close to score 15 of the Lady Warriors 25 first quarter Points. The Savages could only muster 3 in the opening session to fall behind quickly 25-3 after the first eight minutes.

In the second it was Kennedy Patterson netting all 7 of her game points before the half to give Webbers Falls a commanding 42-11 lead at the break.

The Warriors hit 15 times from behind the bonus stripe for the game, led by Morgan Carter with six 3’s, Shanks with 4, Lindsey Pierce and Anistyn Garner with two each and Samantha Griffith with one.

Leflore was led by Jenna Woodall with 13 points and Lindsey Waits with 9. Nine of Woodall’s 13 came via the three-pointer while Waits hit twice from downtown.

The under-rated and lightly played Webber girls (4-1, 3-0) who’s next three games have been cancelled due to Covid, won’t see action again until January 12th when they take on the neighboring Gore Pirates who have had cancellation problems themselves and stand at just 1-1 in Class 2A.

The Savages are scheduled to travel to the 9th ranked McCurtain Bulldogs (5-2, 1-0) on January 5th.