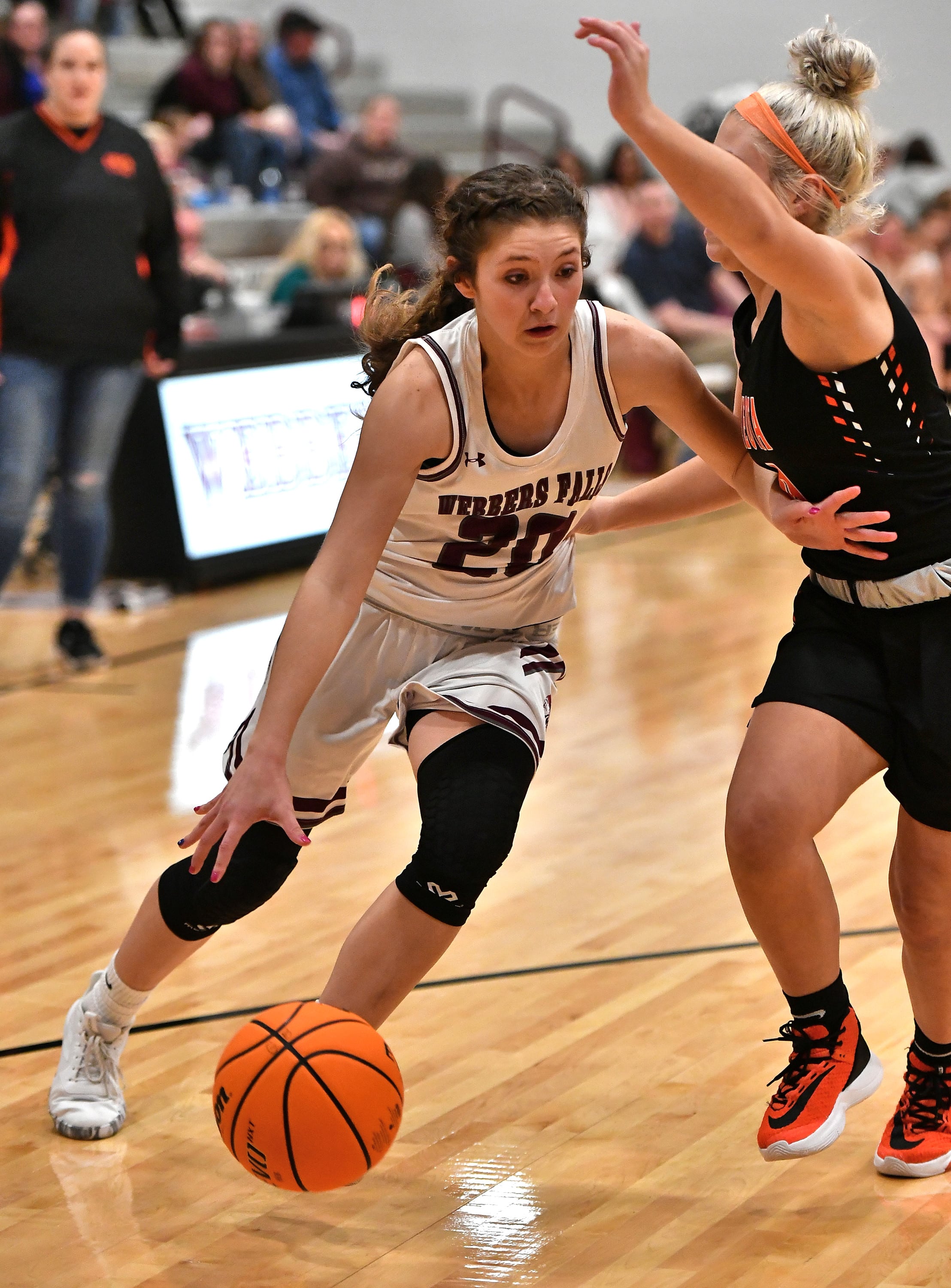 View/Purchase Game Photos
Sign-Up CSSN Subscription
WEBBERS FALLS – It was homecoming night at Webbers Falls Tuesday and the Lady Warriors (13-2) were treated to a 12 point win over the 5-13 Keota Tigers 44-32 in front of enthusiastic home crowd.

Lexi Raskey, Samantha Shanks, Candice Griffith and Samantha Griffith went from their seats on the homecoming court to the hardwood of the basketball court and quickly jumped out to a 16-6 advantage after one period.

Raskey hit for two treys and Morgan Carter for one to contribute to the Warriors first quarter total.

The second period was much better for the Lions doubling their opening period performance. Webbers Falls gave away 6 points via Keota foul shots and Lexi McClary Kymra Dillard and Jolie Christenberry each added a 2-pointer from the floor.

It was the third period that sealed the deal for the Warriors. Shanks and Cessna Kimberlin combined for 14 of Webbers 19 third period total. The Lions could only muster 2 in the period by Makadyn Dominguez.

The Warriors had three girls in double figures. Kimberlin with 12, Raskey 10 and Shanks 10. The top scorer for the Tigers was McClary with 8.

Webbers Falls will be looking to get back in top 20 OSSAA Class A rankings Friday night when they travel to Okay (16-4). The Mustangs are currently ranked at number 14. Even with their record of 13-2 the Warriors haven’t been in the top 20 since a loss to Porum back in December