Lady Warriors Get the “W” on Homecoming Night 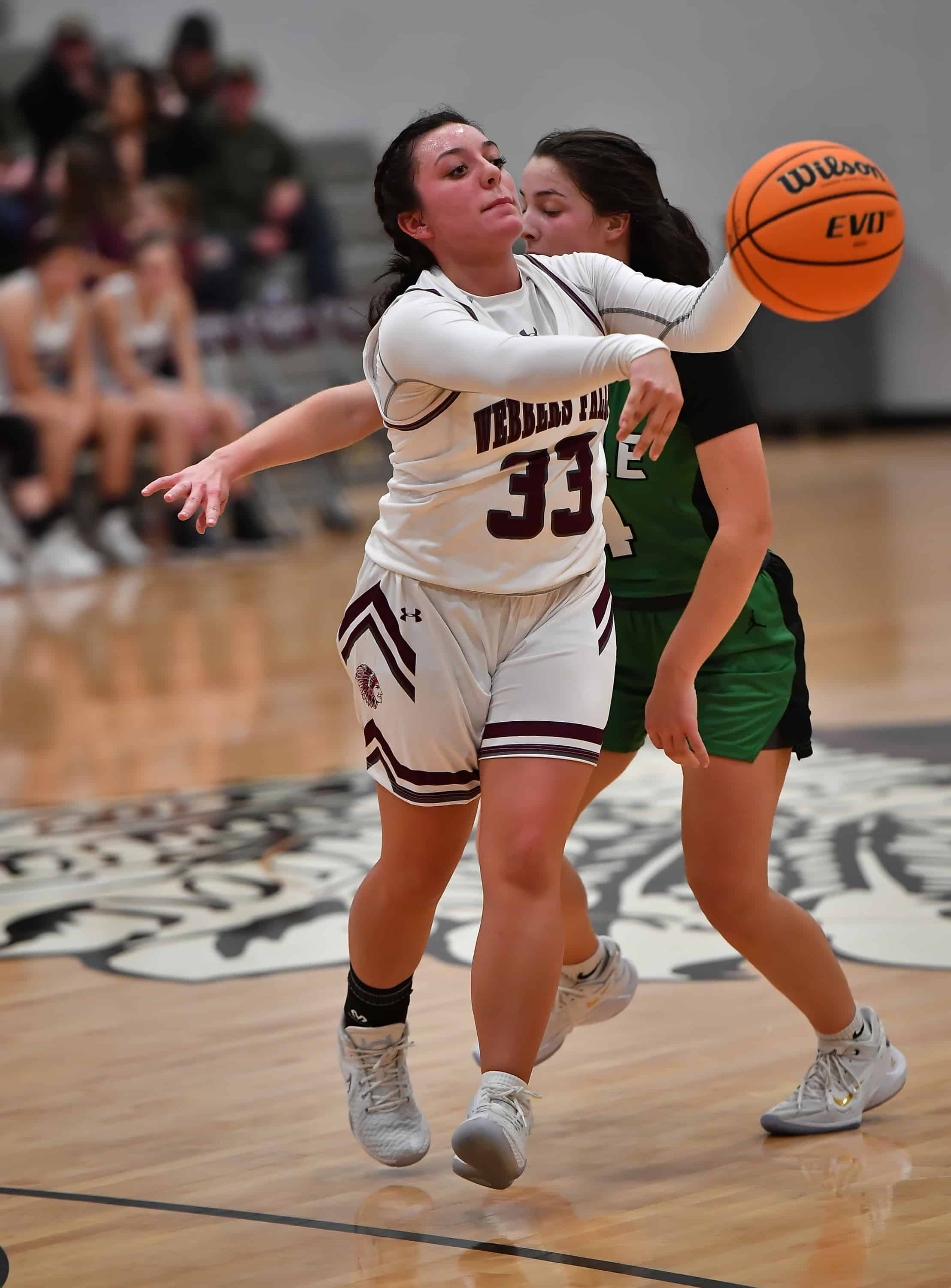 View/Purchase Game Photos
Sign-Up CSSN Subscription
WEBBERS FALLS – The Tenth ranked Lady Warriors of Webbers Falls (8-1) came out smoking Tuesday night to take care of business against the rivals from across the river, The Gore Pirates, 59-33.

The Warriors Samantha Shanks took advantage from the charity stripe going 4-for-4 and added three from the floor for a 10-point opening period. Morgan Carter hit three from downtown for another 9 points to help give Webbers Falls a 23-15 lead after one.

The game evened out somewhat in the second period to take the score to 32-20 going into the half.

The second half opened just like the first but this time it was Homecoming Queen Lexi Raskey from beyond the bonus line for 9 points.

Carter was high point girl for Webbers Falls with 15 points, all 3’s, Shanks followed with 12 and Cessna Kimberlin hit double figures with 11.

Skye Brooksher was the only Pirate to hit double figures with 12 points on the night.