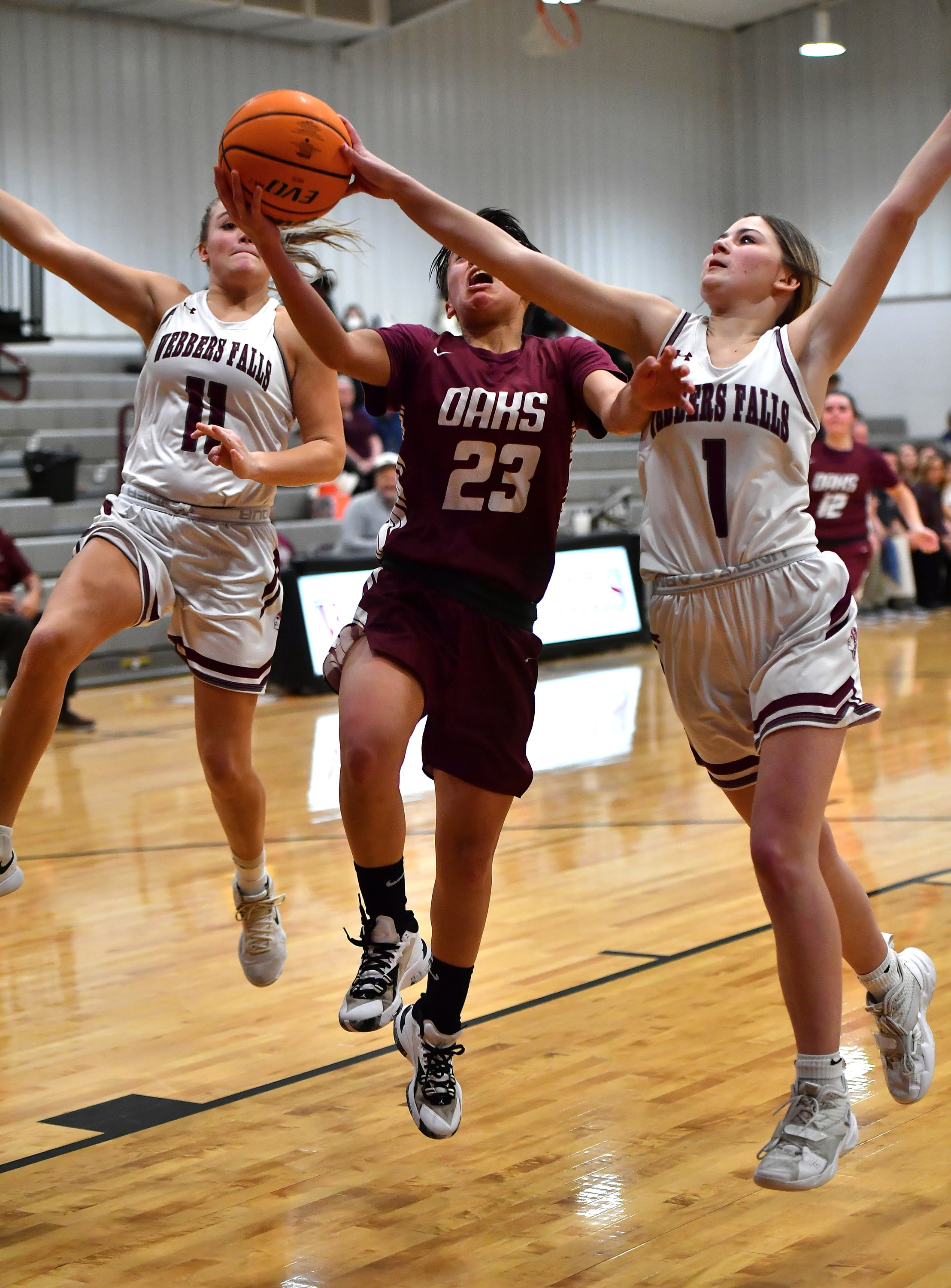 Compared to their regular performance Webbers Falls came out flat in the first half against the Warriors from Oaks Mission. The usual sharp shooting group had trouble finding the mark in the opening period scoring just 9 points in the first eight minutes.

The second period wasn’t much better and Webbers Falls went to the locker room scoring just 19 points in the first half of play.

Coach Jerry Ward must have “fired em’ up” in the locker room because they came out in the second half looking like the 15th ranked Warriors again.

Samantha Shanks was top scorer for Webber with 18 points and Alissa Hawley led the Oaks Warriors scoring with 6 points.

The 16-0 Lady Warriors earned a bye in the first round of the Area IV district playoffs Friday night so they will begin their tournament play Saturday at 6:30 against either Porter Consolidated (17-4) or Weleetka (14-6).