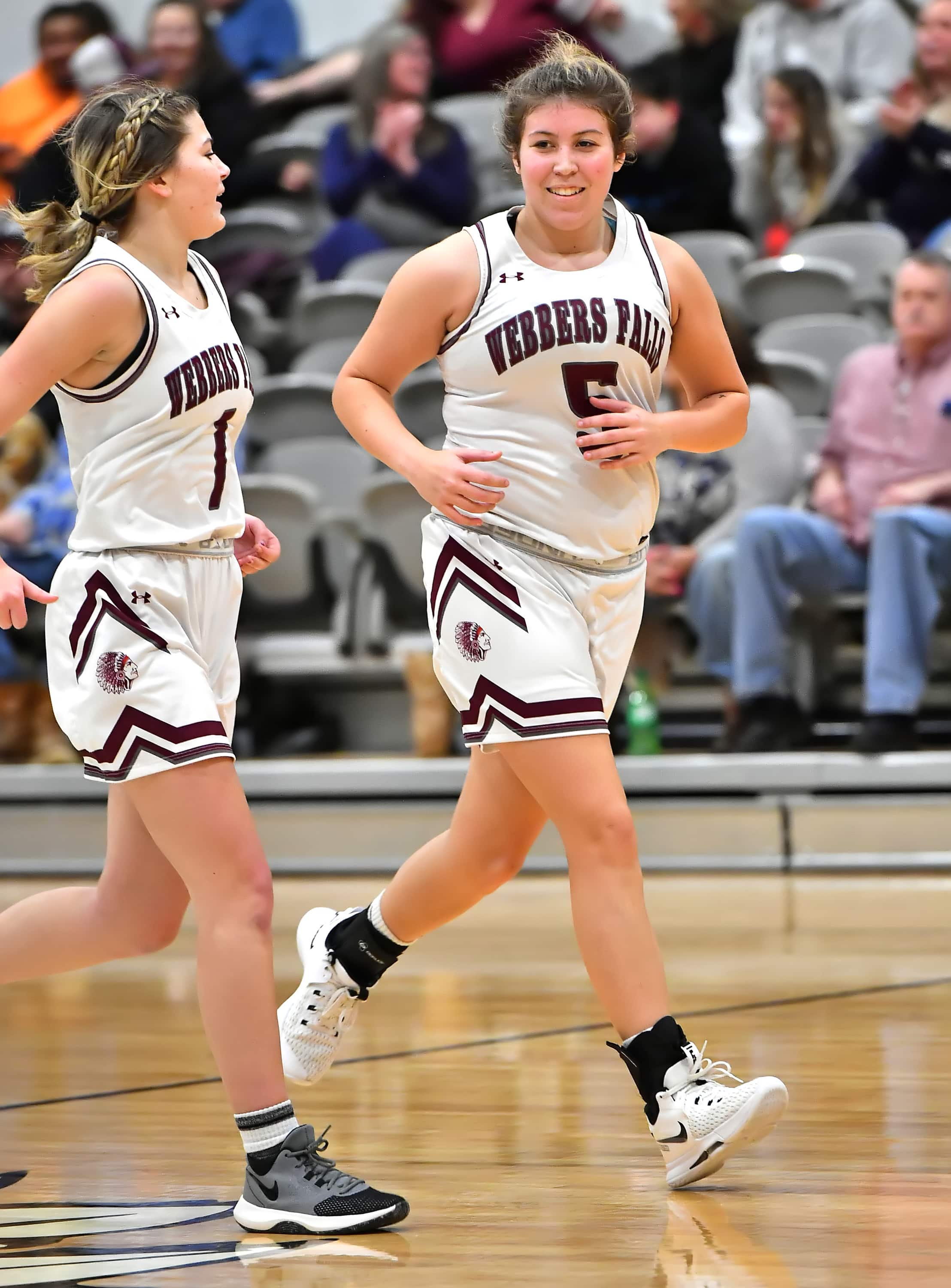 Webbers Falls was hot as usual from beyond the bonus stripe and netted 10 3-pointers. Morgan Carter led the way in that category with five, Samantha Griffith had three in the final period and Lindsey Pierce and Teralynn Colston each had one.

From closer in it was Samantha Shanks leading with nine from the floor along with two from the charity stripe for a game high of 20 points. Carter was close behind with 19 on the night and Pierce and Griffith each had 11.

The Lady Grizzlies had just three buckets in the entire contest. Eight of their 14 point total came from free throws. Emily Phillips and Addyson Gream each had four with Gream going 4-for-4 from the line.

Webbers Falls will return to play Friday night (Weather permitting) against neighboring Gore, and The Lady Grizzlies are scheduled to take on Cave Springs on the road who the handled 40-28 back on January 24th.