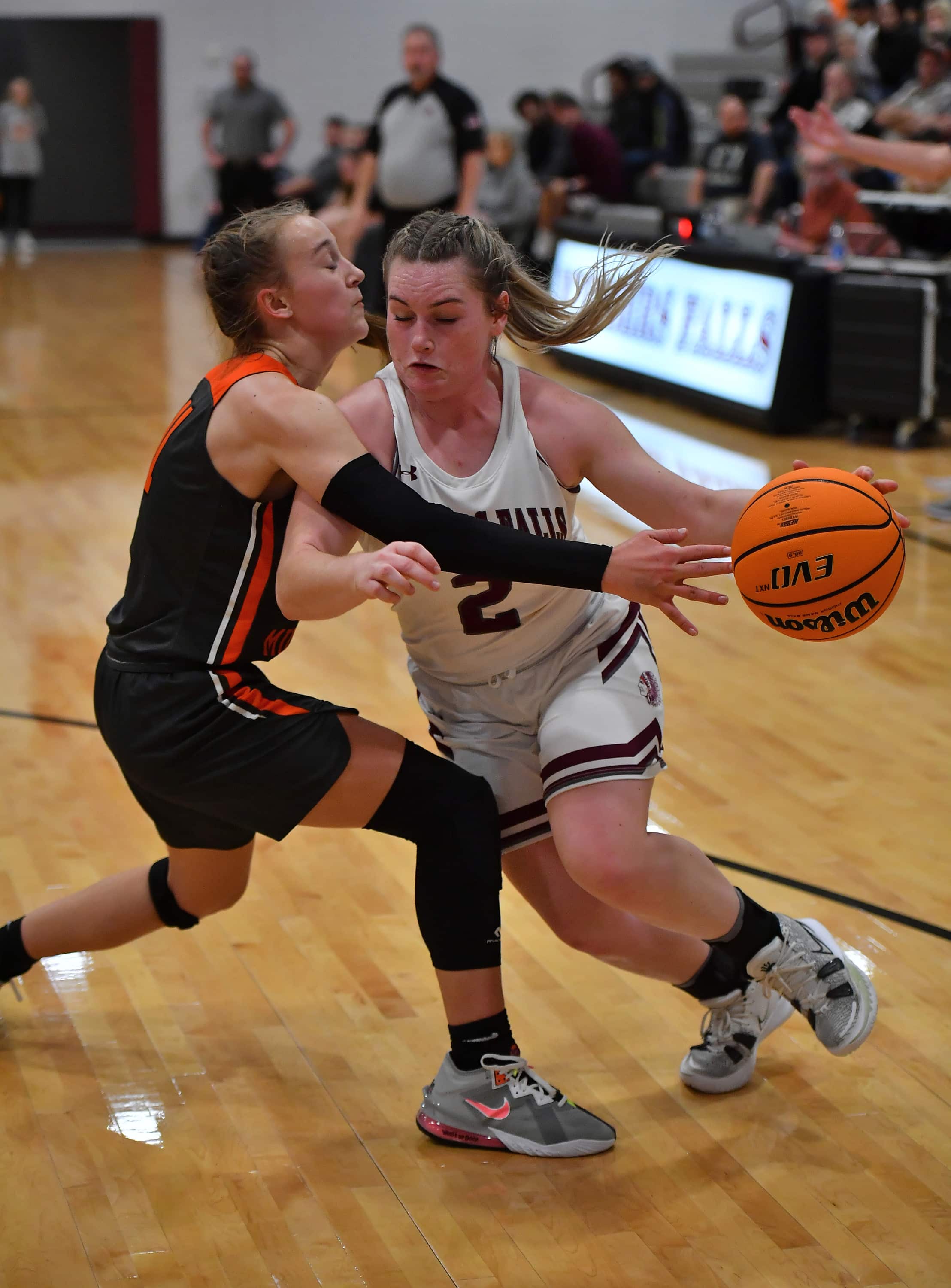 WEBBERS FALLS – The 15th ranked undefeated Lady Warriors were off to a quick start Tuesday night against the Okay Lady Mustangs (2-5) and never looked back, downing Okay 64-37 in a fast moving contest.

A lopsided first quarter found the Warriors (5-0) up 22-8 with seven ladies adding to the scoring. Samantha Shanks led the way in the opening eight minutes scoring 6. Cessna Kimberlin netted 4 and Morgan Carter and Anistyn Garner both hit from downtown for 3-points each.

The second quarter was more of the same this time with Samantha Griffith taking the lead with 5 points making the halftime score 44-12 Warriors.

Coach Jerry Ward started a bit of mix and match in the second half resting some Webbers Falls starters. All-in-all there were nine girls hitting the scoreboard for Webber, led by Shanks with 15 points, Teralynn Colston with 11, and Carter with 10.

The Warriors will get back in action against another group of Warriors when they travel to Oaks Mission (1-3) Friday. The Mustangs will remain on the road at Gans (1-3) on Thursday.