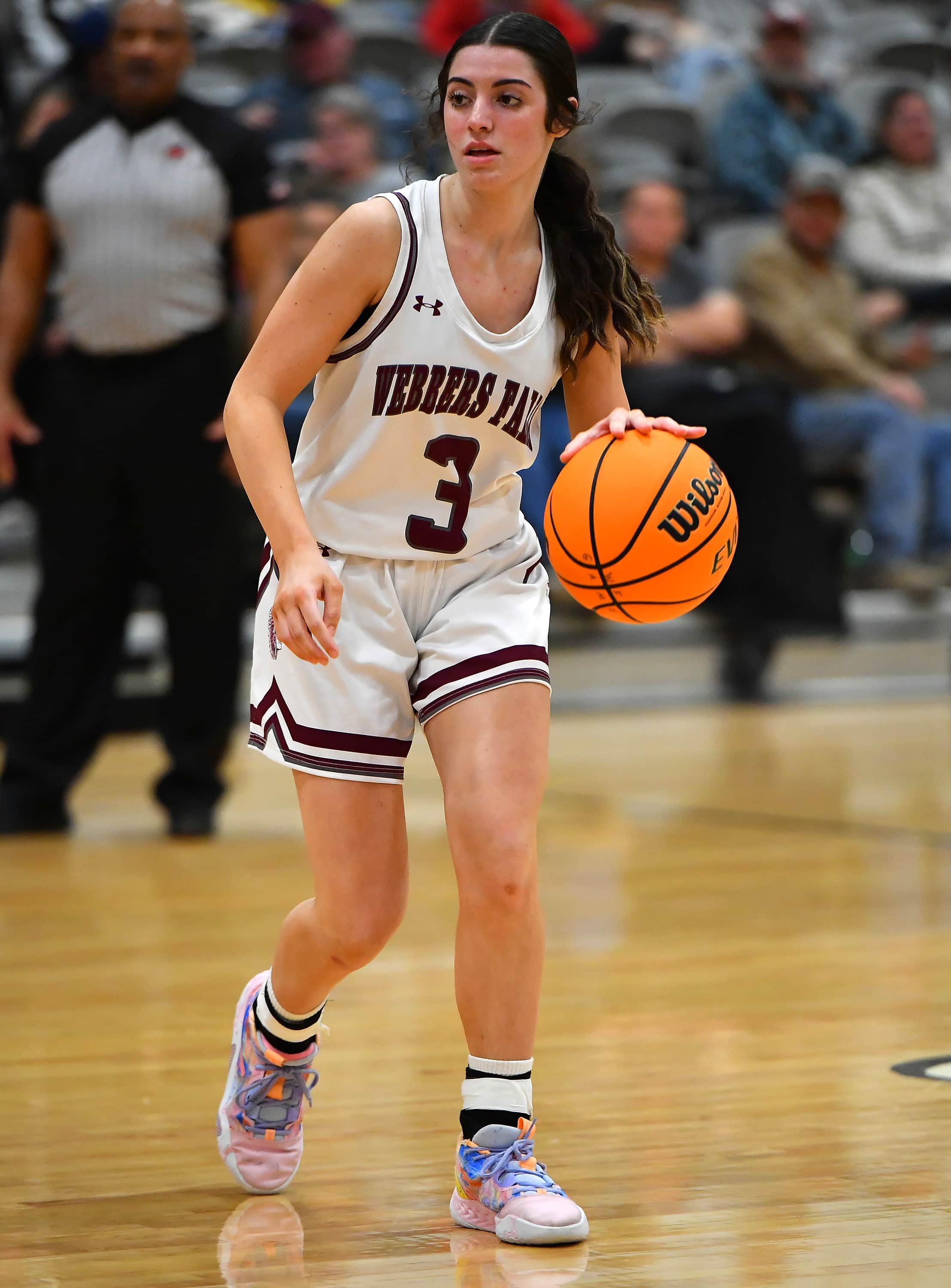 WEBBERS FALLS– The lady Warriors trailed the Wister Lady Wildcats for most of the game but came through with a buzzer-beater to advance to Saturday’s final.

In a game that neither team led by more than 6 points it all came down to the final 10 seconds to decide a winner. The Wister wildcats held a slim lead through the first half leading the Webber Falls Warriors 26-24 at the break.

Midway through the third quarter saw the Warriors take their first lead in the game by a single point, but that lead was short lived. It took until only 4:37 remained in the game for Webbers Falls to lead once more 41-40.

Wister regained the lead late from the free throw line 43-42 with just 6.4 ticks left on the clock.

The Warriors inbounded the ball that got into the hands of Anistyn Garner who threw up a desperation shot that beat the buzzer and found the mark as the clock hit 0:00 for a 44-43 nailbiter win for the Lady Warriors.

Garner gets star of the game for the game winner and her 26 total points on the night.

The Wildcats were led by Kinsley Branscum with 17 points followed by Mia McGowan with 9 and Jordan MaKovy and Caitlyn Horne who each had 7 points.

The Lady Warriors will seek the tournament title Saturday at 6:20 as Wister seeks third place at 3:40.