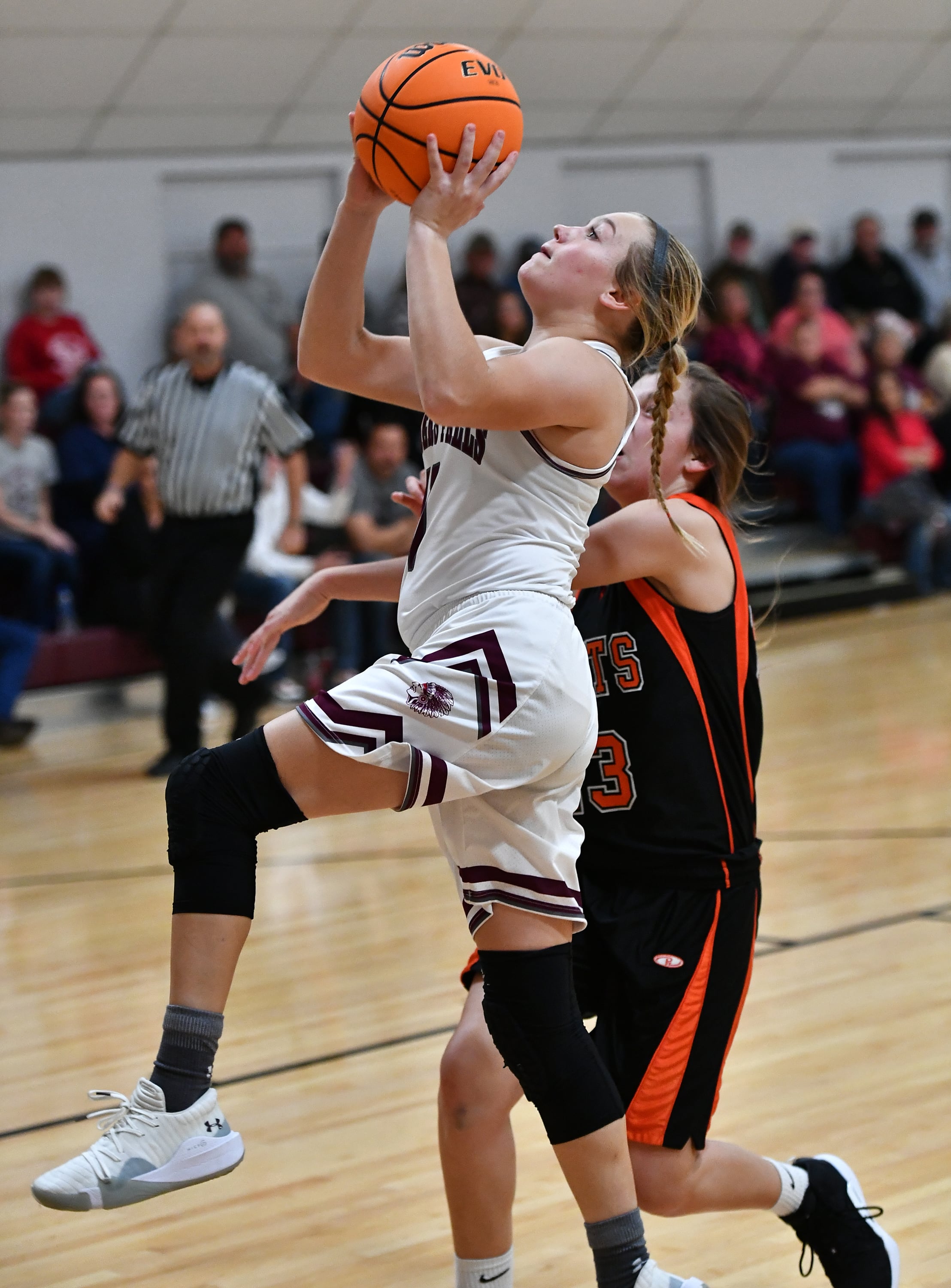 View/Purchase Game Photos
Sign-Up CSSN Subscription
WEBBERS FALLS – The 19th ranked Lady Warriors (5-1) had a slow start Thursday night but found the range after a slow opening period to run away from the 2-3 Watts Engineers 52-14 to get back on the winning track.

After a disappointing loss to Porum Tuesday Coach Jerry Ward had his Warriors back on track. An opening period that saw Webbers Falls scoring just 7 points, well below their average, the Warrior took command of the rebounds from that point on and found the range to speed away from Watts and open up a 23-7 lead by the half.

Samantha Shanks, Webbers leading scorer, led the charge in the second with 9 points. Lexi Raskey added a three-pointer with Kennedy Paterson and Cessna Kimberlin each adding a bucket from the floor.

Shanks started the second half with 10 of her 17 total points in the third period. Bayley Hargway also had one from downtown in the third and Raskey put in her second long range shot in the fourth.

The Engineers were evenly spread in the scoring with Lexus Tutor, Kristen Mitchell, Faith Bird and Zoe Mattox all with 3 points each for the contest and Hailey Thompson contributing a 2 pointer in the opening frame.

The Warriors are back in action Friday night against Oaks Mission (2-2) while the Engineers will be off until the 16th when they will compete in the Sooter tournament against 2A Fairland.