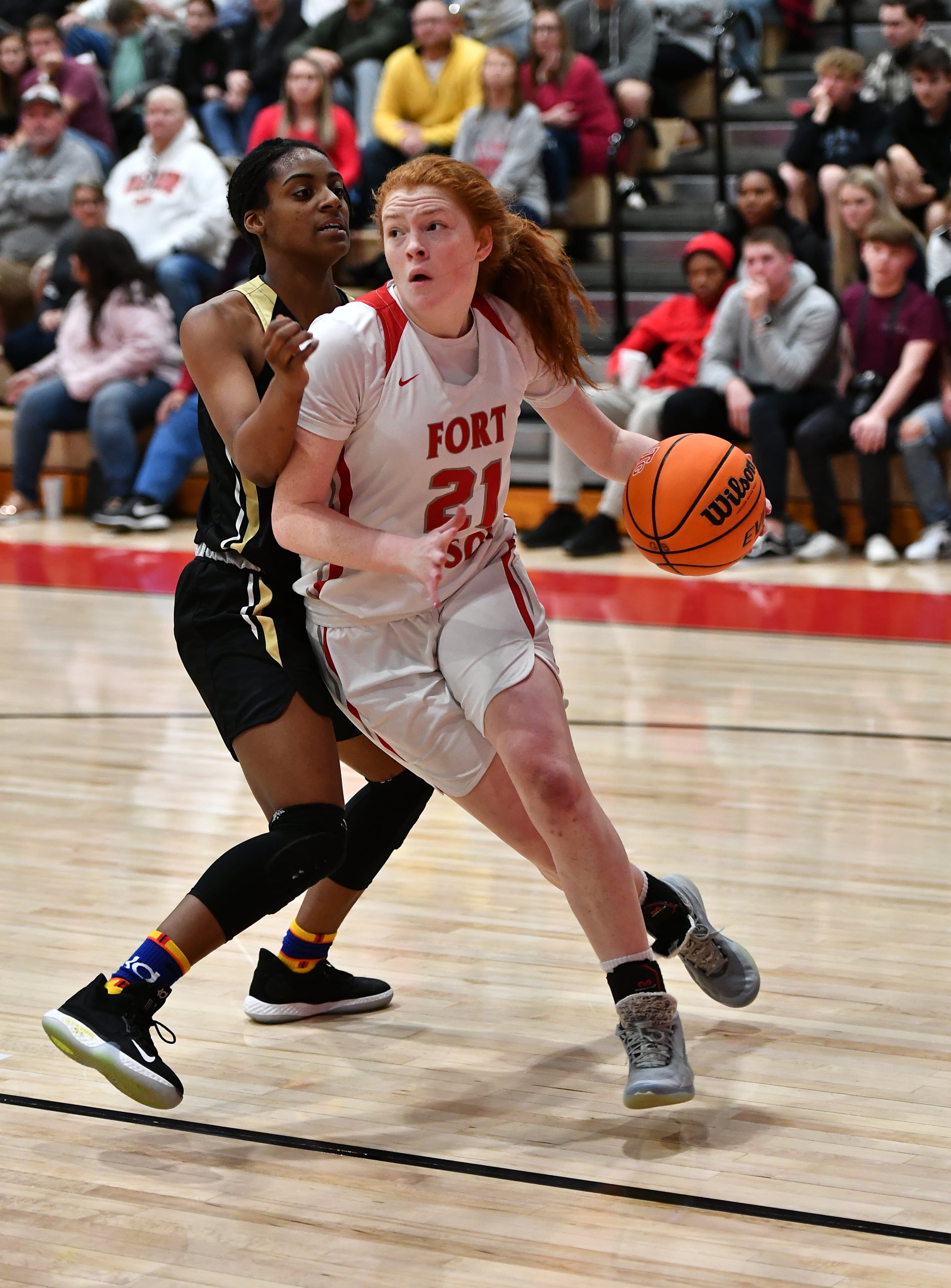 View/Purchase Game Photos
Sign-Up CSSN Subscription
FORT GIBSON – The OSSAA Class 4A number 3 ranked Lady Tigers cruised by the Hugo Buffalos Friday night for their 19th win of the season. The Fort Gibson girls, under coach Chuck London, are 19-1 with their only loss coming early this season in the Inola Tournament to Victory Christian back in December.

Friday the class 3A Buffalos (12-6) were outmatched by Fort Gibson from the onset. Baylee London posted two treys in the opening period to help the Tigers to an 11-9 first quarter lead. London was high scorer for the night with 15 points all from beyond the arch. Reese Webb was the other Fort Gibson in double figures with 11 points on the night.

In the second quarter, the Tigers found the range scoring 19 points to take a commanding 30-18 advantage at the half.

Webb accounted for 7 of the 9 Tiger points scored in the third and was a perfect 4-for-4 from the foul line. Eight different girls scored for Ft. Gibson in the 24-point closing period to cap off the 64-27 victory.

Hugo returns home Tuesday for the battle of the Buffalos, when they take on 10th ranked McAlester (11-9), and the Tigers travel to Wagoner that same night.