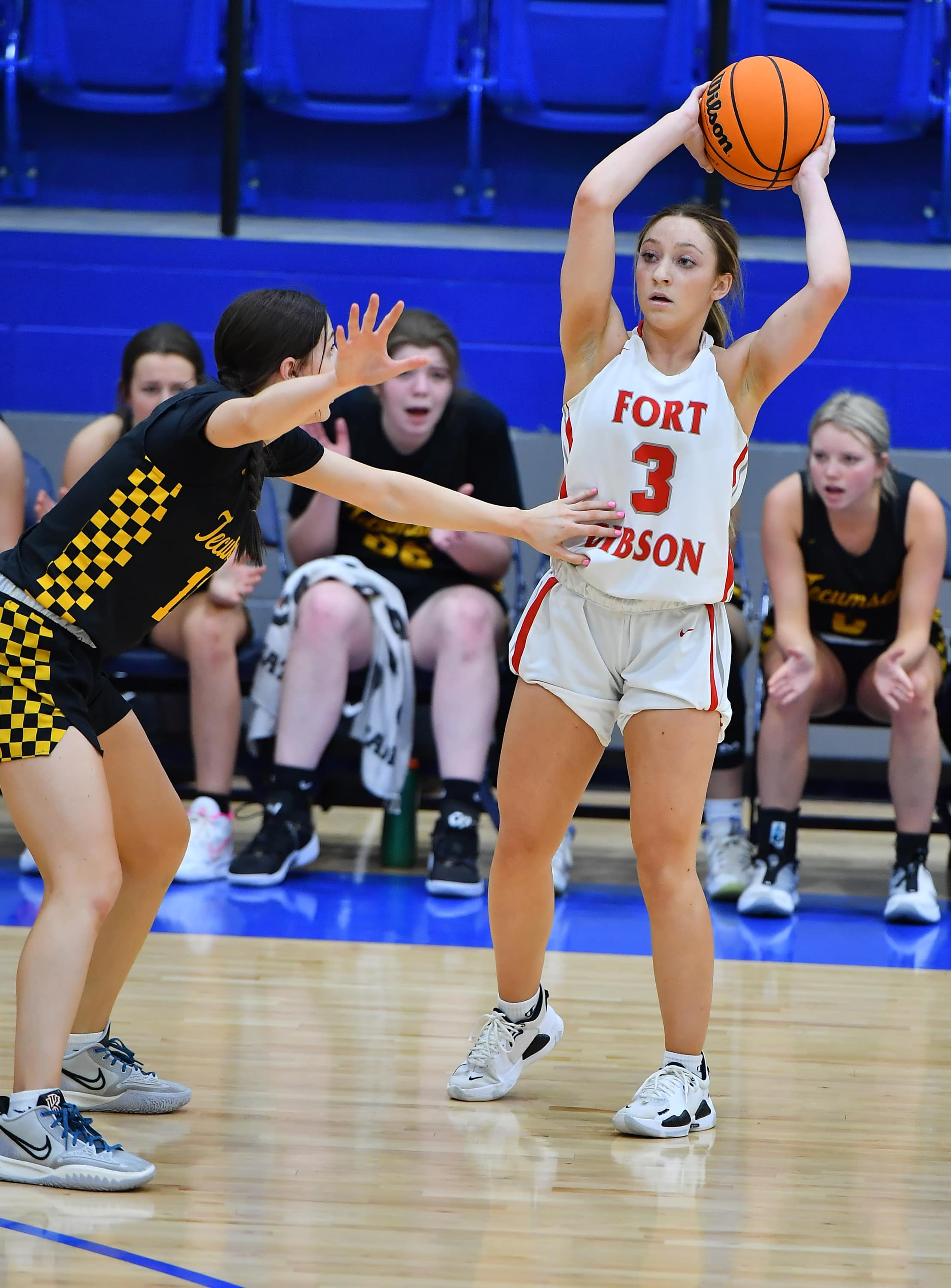 CHECOTAH – After dropping the regional title game to Muldrow Tuesday, the Lady Tigers (22-5) were faced with the task of ringing up three wins in-a-row to make their 17th consecutive OSSAA State tournament.

Step one of that task is in the books after a solid 54-37 win over Tecumseh (20-8) Thursday afternoon.

In part, it was a family affair with Jenna and Addy Whitely contributing 25 of Ft. Gibson’s 54 point total. Jenna, a 3-year senior starter put up a game high 15-points and her freshman sister added 10 as a first year starter for the Lady Tigers.

Some other game notables included Sydney Taylor who was 11-of-15 from the free throw line and the bench play of Jordan Hayes, Kenzie Snell and Lenzi Foutch who combined for 10 points.

The Lady Savages were led by Jadyn Wilson with 12-points, all coming in the first half.

Step two of Fort Gibson’s mission comes Friday afternoon at 1:30 back at Checotah when they take on Byng. The winner of that game will play the loser of Friday’s area championship game between Muldrow and Classen SAS for a ticket to the State tournament.