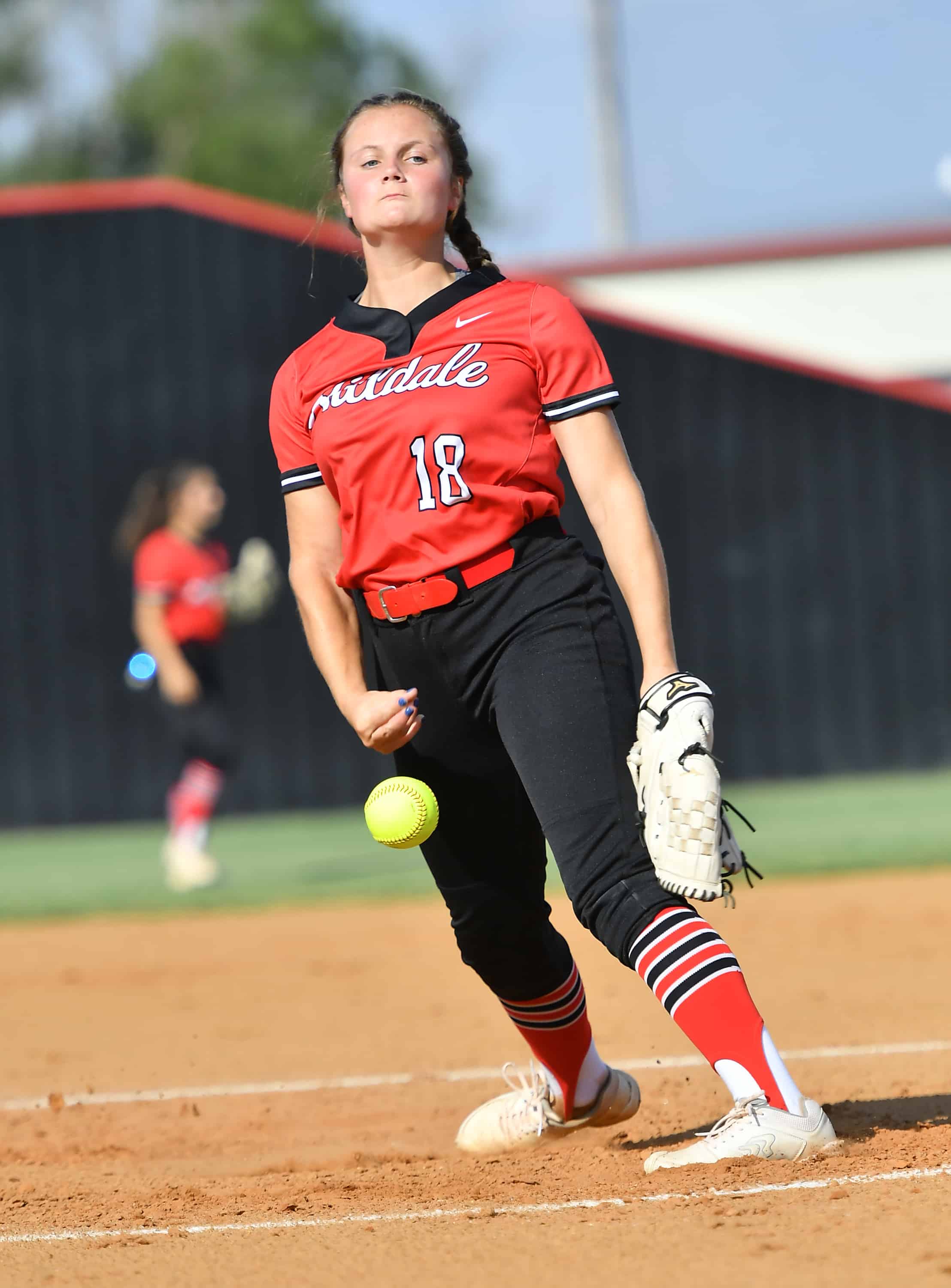 View/Purchase Game Photos
Sign-Up CSSN Subscription
HILLDALE – The Lady Tigers of Fort Gibson were shut down by Brooklyn Ellis and the Hilldale Hornets Monday in a 10-0 run rule shortened five inning contest. The Tigers were the victim of 7 errors over the 5 inning game.

It was trouble right from the start for Fort Gibson. After Ellis retired the Tigers allowing just one single in the opening inning, the flood gates began to open for Hilldale.

With one out, Kensley Allen and Ellis were issued walks by Tigers pitcher Kaiah Austin. A single by Lexi Cramp scored Allen and advanced Ellis to third. A wild pitch later scored Ellis and a subsequent single by Bailey McClain allowed Cramp to cross the plate and quickly the Hornets found themselves ahead 3-0 after one.

In the next Hilldale at bat, it got even worse for Fort Gibson. Emma Hoffman opened with a double to right, followed by a Riley Barnoskie single. Allen then singled scoring Hoffman. Ellis followed with a double scoring Barnoskie for yet another Hornet tally. A Rylin Clark sacrifice fly scored Ellis and it was 7-0 Hornets after just two innings.

Hilldale would manage 13 hits over the five innings with Barnoskie, Ellis and McClain leading the way with 3 each.

Number one star of the game went to Ellis for Hilldale who went 3-for-3 at the plate with 2 RBI’s and struck out 10 Tigers from the circle.

Hilldale will take to the field next on Thursday when they hit the road to Locust Grove and the Tigers return home Tuesday for another district contest with the Wagoner Bulldogs.