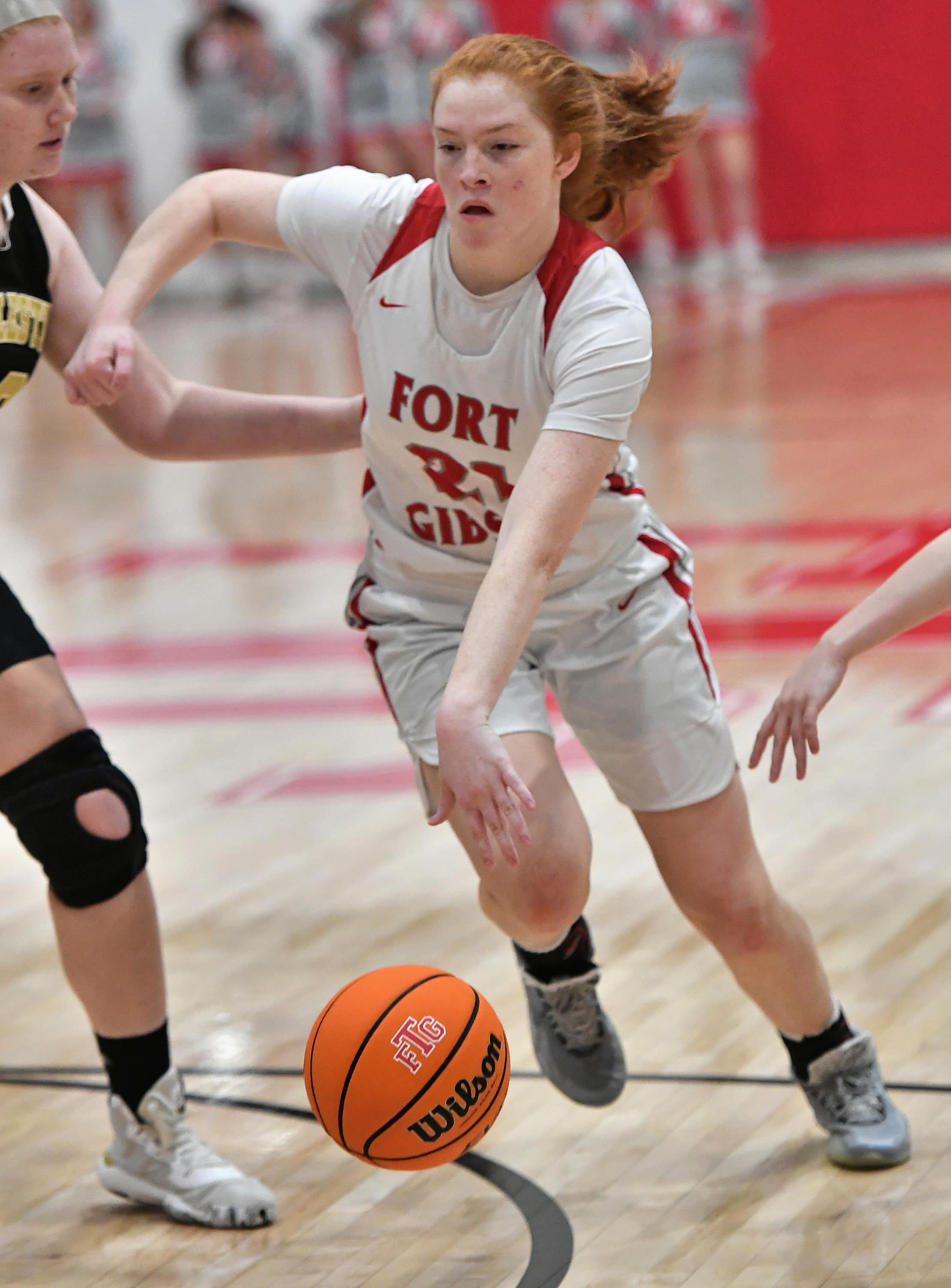 Fort Gibson led from the onset topping the Buffalos by 3 points in each of the first two periods to hold a 21-15 advantage.

In the third period McAlester got into foul trouble by picking on the Tigers Reese Webb. Web who went 2-for-3 in the opening period was fouled eight times in the third and accounted for 5 points from the charity stripe. Webb had 16 tries from the line and sunk 10 along with two buckets from the floor for her team high 14 points on the night.

Zoe Whitley was also in double figures for Fort Gibson with 12 points on the night. Dewzee Selman was top point getter for the Buffalos with 11.

The Lady Tigers will take to the court again Thursday night in the opening round of the Old Fort Classic that will run thru next Saturday. McAlester will head for the Shawnee Tournament which will be held the Friday and Saturday.