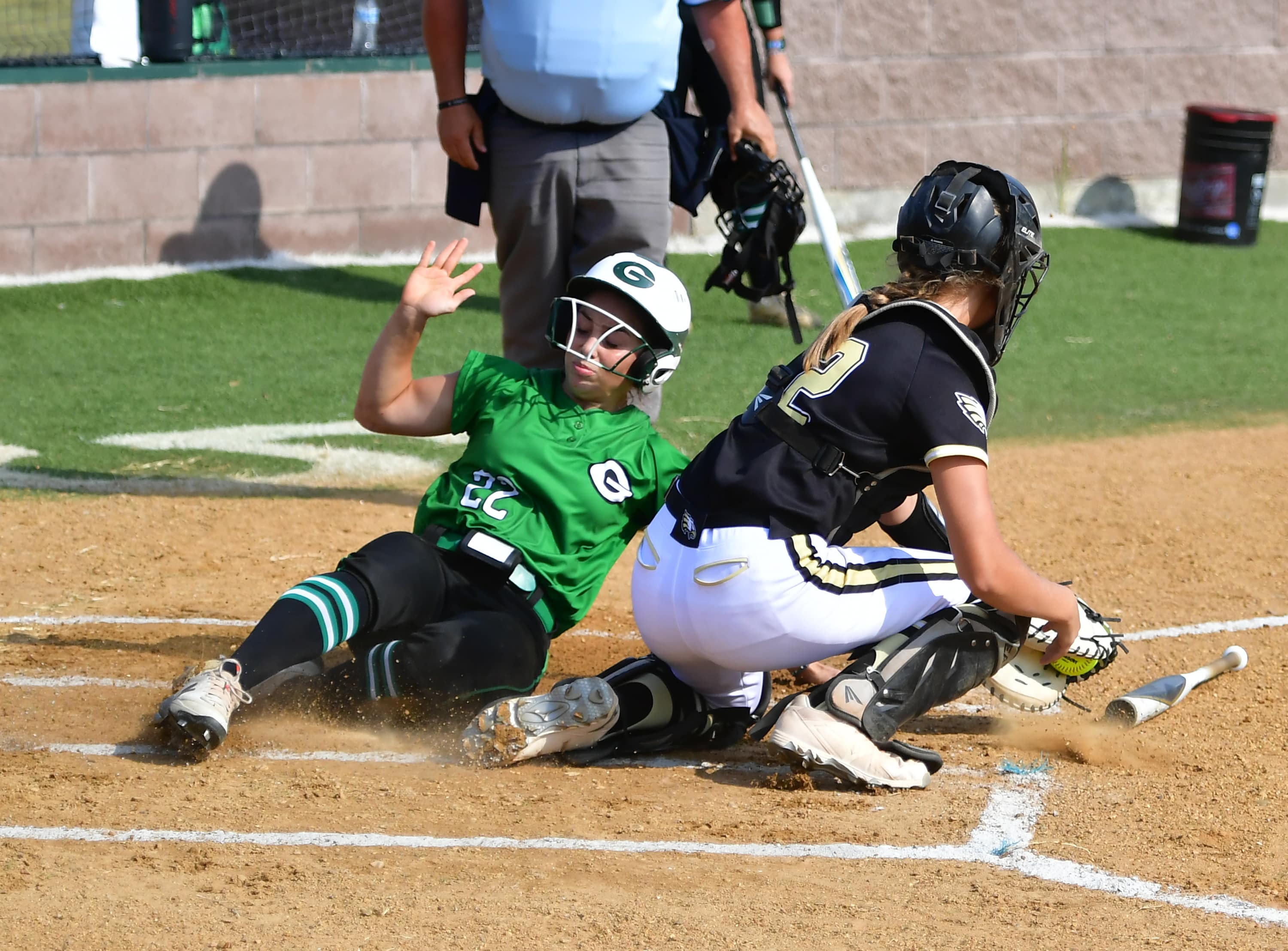 View/Purchase Game Photos
Sign-Up CSSN Subscription
GORE– Two young teams took the field Monday afternoon at Gore in the season opener in OSSAA 2A-7. The Mounds Golden Eagles and the Gore Pirates squared off with the Pirates coming out on top 13-4.

Honey McAllster got the win from the circle for the Pirates, striking out 7 and holding the Golden Eagles to just 6 hits and 3 earned runs. McAllster helped her own cause at the plate going 1-for1 with a walk and 2 RBI’s

The brightest light on the offensive side of things for the Lady Pirates, was lead-off hitter Ralea Brooksher who went 3-for-4 with one RBI. Kynley Webb, Natalie Casteel and Khayden Kirkpatrick also had a multiple hit game.

The Golden Eagles will be back in action Tuesday when they return home to take on the Perry Lady Pumas, and the Lady Pirates also take to the field Tuesday as they travel to Dale for another district battle with the Dale Pirates.