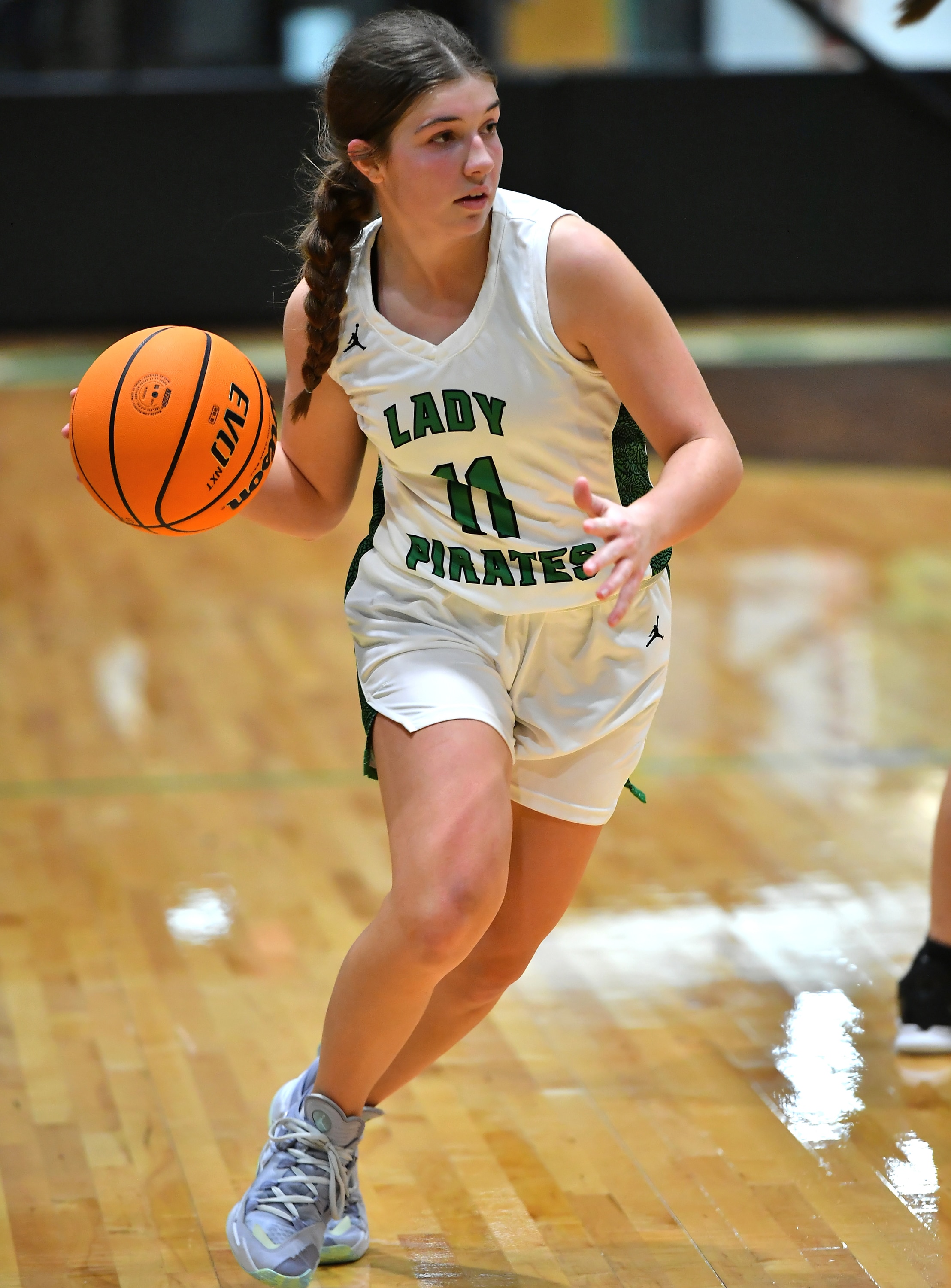 GORE – It appeared the Lady Pirates (0-3) were off to there first win of the season Monday night, but the second half told a different story as the 17th ranked McCurtain Bulldogs (8-3) mounted a comeback to keep the Gore girls winless.

Oaklei Thornton, Lindsey Pierce and Andi Summerlin each had 4 points in the opening quarter to give the Lady Pirates a 14-8 advantage after one period.

In the second, Gore was held to 8 points while the Bulldogs closed the gap with 13 to bring the score within 1 point at the half.

Pierce was the high point Pirate with 15 on the night followed by Thornton with 11 and Summerlin with 8.

Kaylee Culwell led the Lady Bulldogs with 19 followed by Bailey Bennett with 17 points. It was Culwell’s rally scoring 11 in the third period that pushed McCurtain to the win.

Gore will take the court again Tuesday against Gans (3-4) while the Lady Bulldogs are off until they return home January 3rd to take on Leflore (6-4).